Polish Troops on the Move

Polish Troops on the Move 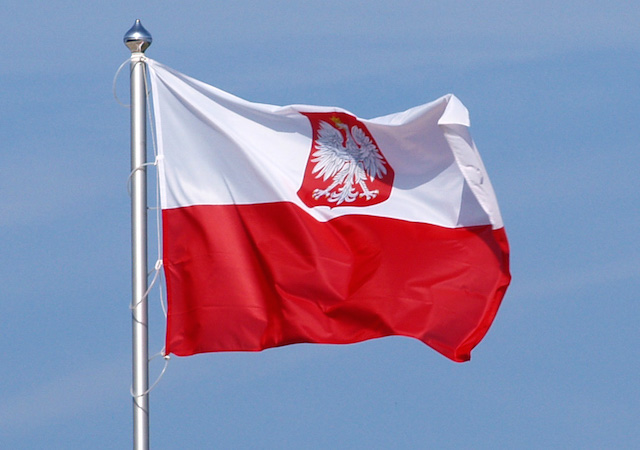 After Russia’s March annexation of Crimea, reports surfaced of serious human rights abuses against both Crimean Tatars and Ukrainians who refused Russian citizenship. Now, threats of military action from pro-Russian separatists in the Donetsk and Luhansk regions of eastern Ukraine have eastern Europe on alert, and have motivated Poland to make changes to its military structure that haven’t been seen since the Cold War.

[Polish Defense Minister] Tomasz Siemoniak said the troops are needed in the east because of the conflict in neighboring Ukraine.

“The geopolitical situation has changed, we have the biggest crisis of security since the Cold War and we must draw conclusions from that,” Siemoniak said.

He said that at least three military bases in the east will see their populations increase from the current 30 percent of capacity to almost 90 percent by 2017, and that more military hardware will be moved to those bases as well.

He said it was not some “nervous or radical move” but that because of this “situation of threat we would like those units in the east of Poland to be more efficient.”

According to the AP report, current military establishments along the eastern border of Poland are only 30% staffed as part of a long term plan to move troops to those installations only in the event of serious conflict.

This troop movement, then, is not insignificant.

Poland’s position on the conflict in Ukraine between Kiev and Russian separatists has caused tension between Poland and Russia; that tension escalated earlier this month as a result of Poland’s outspoken support of Kiev’s efforts to quell the separatist movement:

After a series of warnings from the Kremlin that Warsaw was a possible target of a Russian nuclear strike, the Polish government that was installed in September toned down its language and said it was going to focus more on its own security than Ukraine’s problems.

Poland’s repositioning of military might eastward is a long-term plan, defense ministry spokesman Jacek Sonta said. “We are talking about a multiyear, gradual plan of strengthening these forces, not a quick relocation,” Mr. Sonta said. “It is difficult to give specific time frame and numbers.”

Western nations imposed harsh sanctions after Russia’s March annexation of the Crimea, causing Russia to double down on its aggressive strategy in the Baltic, raising concerns from western powers that the tension could affect trade between Russia and Europe:

“An attack on Putin is an attack on Russia. Without Putin, there is no Russia,” one Kremlin official told us.

The remark caused a flurry when it was subsequently leaked to the Russian media, with its implication that Mr Putin is now president for life, and the current regime could extend for decades.

“We do not want to close the door to anyone. It’s your leaders saying ‘we will punish Russia’ who is the problem. But they won’t succeed in isolating us,” he said, leaving the question unanswered.

Western powers have no choice but to push Putin on the issue of Ukrainian self-determination, but one has to wonder what we’ll be pushing Putin toward.

Good for the Poles. They have learned the hard lesson that Pres. ScamWOW…and the America he represents…is not to be trusted as an ally.

And there is a ravening bear in the nearby woods.

Because of its unfortunate location, Poland has also been erased as a nation several times in its history. That’s burned into their collective national consciousness.

The Poles aren’t going to stake their national sovereignty on the faithfulness or resolve of Obama. They’ve been close allies of ours and will be again – once we clean up the mess the leftists have made of things.

One, what’s not being quoted from those articles here is that most of Poland’s troops are on the Western border because duh that’s where the Soviet Union built the military bases. Two, a mere few thousand troops bolstered by a rotating group of NATO soldiers that won’t be fully deployed until 2017 is not exactly some dramatic move and isn’t exactly enough to do much to deter a Russian invasion in and of itself. The Russians would be hard-pressed to invade anywhere that isn’t small and Poland, itself, isn’t small, and that’s a bigger deterrent than a few troops (who can’t defend that kind of long border) or even NATO’s nuclear deterrent (which is the real deterrent).

And isn’t it nice to see a European nation with the gumption to handle its own defense?

Plus, I bet Poles are having children.

This won’t cut it. But they can hardly ask for more NATO troops if they won’t relocate troops to the eastern border. Slowly. Very, very slowly.

The Red Army, as we saw during the invasion of Georgia, are just a bunch of low-functioning alcoholics, bent more on liberating “stuff”. Red Army troops fighting “in mufti” in Ukraine are not doing very well. Many have deserted and gone back home.

Russia is also one of the nations…and there are several…who are dying the slow death of demographics.

Iran is another, which I think in both cases makes them MORE dangerous.

Yes, but it’s true of all of Europe.

It’s becoming confusing what Obama will be remembered most for: fascism, economic blight, corruption of the presidency, playing golf, destroying the health care system, bringing ebola into America, or causing World War III.

Putin’s strategy is a multifaceted one. He cut of Crimea to teach Ukraine a lesson, but run out of time to do the same with the rest of the South-east. The winter Olympics gave Ukraine’s new government time to regroup and fight off on the streets of the eastern cities and through the courts. Of all regions, only Donbass furbished a successfull insurgency.
Now, I don’t believe Putin wants Donbass either, at least not at the moment. He’d rather leave it within Ukraine as an instrument of pressure, and work to make a deal with the current government. Poroshenko is an old Party of Regions hand personally excempt from lustration, so he and Putin understand each other pretty well.
What Putin appears to want to do is to wait for the winter to take effect, and it’s already below freezing in Ukraine, to have the country bogged down in Donbas, a war that they can’t afford, but can’t afford to lose either because it sets a precedent. Time would be on his side except that oil prices are down and Gazprom is squeezed. But anyhow, it’s Ukraine that’s going to default.
Winter will put Europeans on the edge, too, and they didn’t particularly like Russian agricultural boycott. They are not too thrilled by Ukrainians either.
He’s also waiting for change in governments in Euro capitals. A little known fact is that he owns not only far left, but the other far left, commonly referred to as far right, in some places. He’s buddies with Le Penn (sp.) and jobbic (sp?) in Hungary, and from what I understand jobbic is pissed b/c Ukraine likes to draft ethnic Hungarians to fight in Donbass. France is selling ammunition to all parties involved.
Poland should make all the right noises, but that’s not all there is to it. and by the way, I’m sure Poland has territorial ambitions within Ukraine.