One of those “chickenshit” operations

One of those “chickenshit” operations 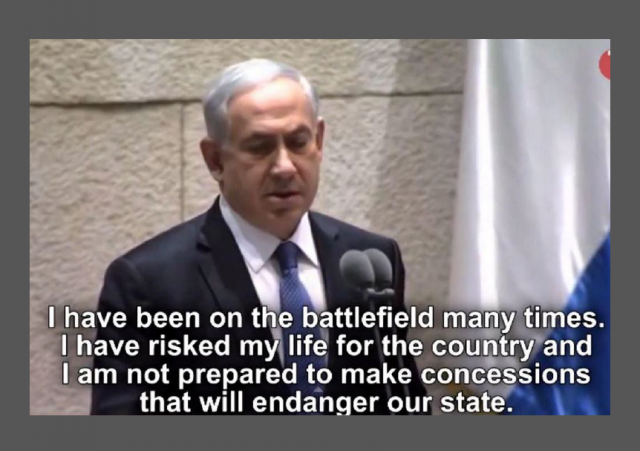 The senior official in the Obama administration who referred to Israeli Prime Minister Benjamin Netanyahu as “chickshit” probably has much more courageous things than Operation Isotope on his resume.

Operation Isotope was a raid involving the rescue of hijacked Sabena Flight 571, and Netanyahu was a participant, along with another Israeli Prime Minister-to-be, Ehud Barak:

On 9 May 1972 at 4:00 p.m. the rescue operation began: a team of 16 Sayeret Matkal commandos, led by Ehud Barak and including Benjamin Netanyahu, both future Israeli Prime Ministers, approached the airplane. The commandos were disguised as airplane technicians in white overalls, and were able to convince the terrorists that the aircraft needed repair. The commandos stormed the aircraft and took control of the plane in ten minutes, killing both male hijackers and capturing the two women. All the passengers were rescued. Three of the passengers were wounded, one of whom eventually died from her wounds. Netanyahu was wounded during the rescue, presumably by friendly fire. The two female surviving terrorists were eventually sentenced to life imprisonment, but were freed as part of a prisoner exchange after the 1982 Lebanon War. 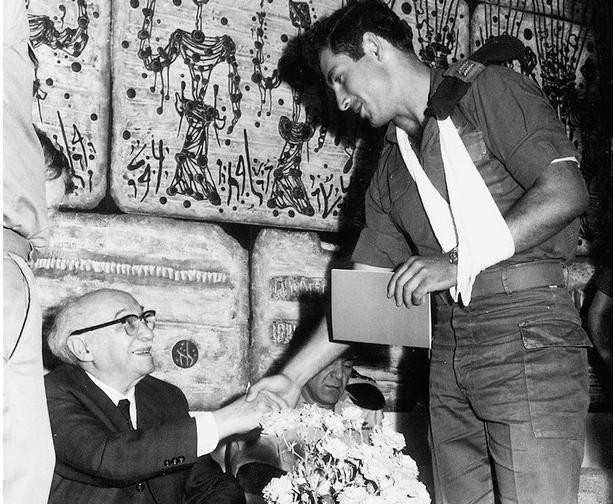 [Benjamin Netanyahu is congratulated by former Israeli President
Zalman Shazar during a ceremony honoring the elite commandos who
rescued the hostages from the Sabena Flight 571. (via Maggie’s Notebook)]

To paraphrase Winston Churchill: some chicken, some shit.

Oh, and by the way, extreme bravery—and airplane hostage rescues—seem to run in the Netanyahu family. His brother Yonatan was the only Israeli soldier killed in Operation Entebbe, which is known in Israel as Mivtsa Yonatan (Operation Yonatan) in honor of Netanyahu, who was Bibi’s older brother.

Yeah, I wish we had a “chicken” like Bibi heading our nation the last six years, instead of the bird we have.

Just think for a minute how different the world would look at this minute.

0bama paraphrases Netanyahu: “I have been on the golf course with donors and eaten many ‘a chicken dinner at fundraisers in some of the worst places. I am not prepared to make concessions that will endanger our party and its lust for power and control.”

But, Rags, Bibi hasn’t that (faux ie-False)memory of Christmas night in Cambodia “..seared…seared into..” his mind like John Midget Kerry. ((-:

Those were some POWERFUL mushrooms.

Like the ones Ol’ Walleyes was eating when she flew in a tight corkscrew pattern under snipper fire. Damn snippers.

The thing about this Obama administration is that from the top down it stinks like a fetid pile of chicken shit. Obama is a pussy who never did anything in his life. Look at any picture of his hands and you’ll see that he has wrists like a 12 year old girl (nothing against 12 year old girls, mind you). I guarantee you he would squeal like the little bitch that he is if ever physically confronted. I bet you the Secret Service won’t let him play any contact sports for fear he would be snapped like a twig. What a punk.

And he has surrounded himself by elitist, ivy-league faculty-lounge lizards who have no real world experience doing anything other than fawning over failed Marxist and Marxist-light philosophies. They too are a bunch of pussies, all having grown up being bullied around on the playground and now compensating for it by convincing themselves that they’re smarter and better than everyone else.

And once again they project their inner thoughts onto their “enemies.” They know that they’re a bunch of pussies, so they stay patently ignorant things like “Bibi is a chickenshit.”

I mean, it is so easily, demonstrably false. So why say it? Oh yeah, once again they’re pandering to the fucking moron base that votes for them no matter how God-damned ignorant they may be.

God help the US of A, we’re in dire need of it… this is our “Foreign Policy Varsity Team.”

Okay fine, but has Bibi ever eaten a dog?

That Obama attacks Bibi on personal courage is hilarious coming so bravely, as it does, through an anonymous leak.

For Obama, his knowledge of combat has been forged on the golf links…

Obama and Co. are especially courageous when taking a stand against 65 year old women who want to start a Tea Party non-profit organization.

And, don’t ever forget the tough guy “Red Line” talk and the golf game follow up.

BTW: under Obama we are now entering another cold war. But that’s OK. Obama has more “flexibility” because he is Silly Putty. (Iranians, in Farsi, would say “chicken sh*t.”)

Fellow LI readers: Please sign this “We the People” petition to have the “chickenshit” official fired. Here’s the link:

Yonatan Netenyahu commaded the operation. Killed leading from the front.

PS. Just maybe the chickenshit article was meant to encourage the left wing zealots to the polls.

You’re a prog, aren’t you Davod? does knowing that your POTUS is a pathetic, juvenile douchebag make you want to rush out to the polls to support him? I know prog minds don’t work like normal minds, but how does that figure?

As a guy who has been in a ton of fights growing up, and am now a combat vet:

It’s always the crowd pleasers and instigators who push OTHERS into fights. They don’t care becuase it’s not their nose that gets bloodied, their body they risk getting shot, and if the fighter wins, they take credit – if the fighter loses they blame the one they encouraged to fight.

Israel was repeatedly told NOT to attack Iran’s nuke facilities, but now that it’s good for Team Obama and it’s good for THEIR time table – now Israel should do it!?

How incredibly self absorbed, detached from empathy / reality, and hyper-focused on self-serving poltics.

“How incredibly self absorbed, detached from empathy / reality, and hyper-focused on self-serving politics.”

So basically Business-As-Usual for the clown-show that is the Obama “administration.”

Obama has so many daddy issues, I’m amazed he isn’t wearing a dress

Why do you think he married such a large, roomy woman…???

I must apologize for the incomplete illumination of my comment. Not only is President Obama Commander and Chief, but has weekly personal combat experience. It is reported that weekly he shoots into and out of bunkers.