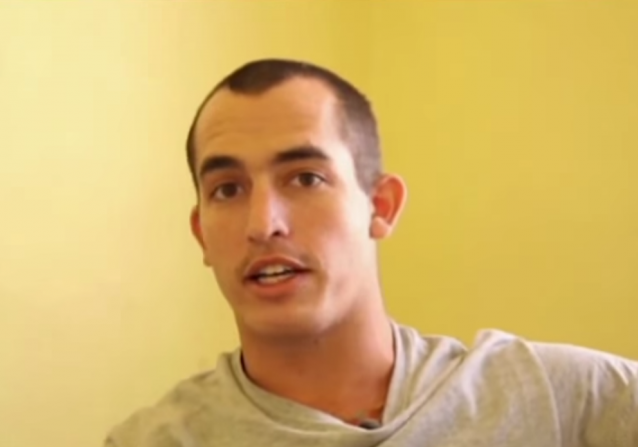 According to a news source in San Diego, a Mexican federal judge ordered the immediate release of US Marine, Andrew Tahmooressi.

Andrew Tahmooressi was on trial for crossing the border with ammunition and three loaded weapon on March 31. The Mexican Attorney General’s Office agreed to cease its prosecution of Tahmooressi and allow him to return to the United States.

The agreement brings to a close a high-profile case that has resounded far beyond the border. In the United States, it has prompted calls for his release from politicians, veterans groups, conservative talk show hosts. But for months there had been an impasse, as Mexican federal prosecutors insisted that the case be resolved through the courts — not through diplomatic or political pressure.

Tahmooressi, 26, claims that he drove into Tijuana by mistake on a Monday night after taking a wrong turn near the Mexican border in San Ysidro. He recently had moved from Florida to San Diego, and says that he was driving out of a parking lot, intending to head north. But instead he drove into the El Chaparral Port of Entry, where Mexican customs inspectors examined his pickup truck and found more 400 rounds of ammunition and three loaded firearms: a 45-caliber pistol, a 12-gauge shotgun and a 5.56mm assault rifle.

Shortly before his incarceration, Tahmooressi was diagnosed with PTSD and began receiving treatment. When previous attempts for his release failed, Tahmooressi’s Mexican defense attorney pressed forward using PTSD as a means for humanitarian release. According to UT San Diego:

Benítez, his Tijuana defense attorney, used a range of tactics to win his release. He initially pressed for dismissal of the case on the grounds that his client’s rights were allegedly violated when he was held at the El Chaparral Port of Entry for hours without the presence of an attorney or a translator.

But in recent weeks, the attorney focused on Tahmooressi’s PTSD in an attempt to win him a humanitarian release. Key testimony came from a prosecution witness, Dr. Alberto Pinzón Picaseño. The Mexico City psychiatrist interviewed Tahmooressi and concluded that he suffers from a condition that has him feeling in constant danger, recommending treatment “by specialized persons in his country of origin.”

“I am truly overjoyed to hear the news that our Marine Sgt. Tahmooressi is finally coming home to America.

“During my last visit with Andrew in a Mexican prison, I told him the next time I saw him would be during his release to America; I am grateful that I will be able to keep that promise and be with him and Mrs. Tahmooressi as he returns to the United States tonight.

“Andrew is a brave Marine who served his country with honor, and I have long maintained that he has been held in a Mexican prison for far too long, and needed to be returned to the United States to receive proper treatment for the PTSD that he suffers from as a direct result of his heroic service to our nation.

“While I am disappointed that his release did not take place much sooner, I am thankful to Mexican Attorney General Jesús Murillo Karam for displaying compassion for Sergeant Tahmooressi’s medical condition.

“I want to thank former New Mexico Governor Bill Richardson for all his tireless efforts in aiding Andrew’s release. Likewise, I want to recognize the support from many of my colleagues, including House Foreign Affairs Committee Chairman Ed Royce, for all they did to bring our Marine home.

“Finally, I want to thank all Americans who have been keeping Andrew in their thoughts and prayers during this difficult time for him and his family.  I heard from many of you these past six months and your support was instrumental to his release.

“We wish Andrew a safe and happy return to the United States.”

You can watch a news report about Tahmooressi here (embedding disabled.)

About time the fellow is freed – no thanks to Zero.

“The Mexican Attorney General ‘s Office agreed to cease it’s prosecution…”. Finally a phone call just a few days before the US elections?

No, just the good work of his lawyer. You can bet your life that the man who went to Las Vegas the night that his Libyan ambassador and three other brave Americans died couldn’t care less about Tahmooressi’s fate…

That gives a pretty good account of the politicking and schmoozing behind the scenes.

If you read between the lines…

I’m glad he’s finally been released, but it is an absolute disgrace and outrage that it took this long.

Will he get his car and his guns back?

Very funny. The car, maybe. The guns? They may show up in a drug shooting north of the border in a few years, but other than that, they’re long gone.

I agree completely with Nordic_prince. This was shameful. The Administration could probably gotten him back much earlier if they had put any muscle behind it. This appears to be the type of thing that is routinely ignored by both sides on this border. Compounding this, this Marine’s CINC didn’t stand behind one of the men he put in harm’s way, and was harmed as a result (with the PTSD that was a direct result of his service to this country).

It would appear that Mexico, which holds American citizens indefinitely, and transfers millions of unwanted men, women, and children, from Mexico, Central and South America, Asia, and Africa, is the actual superpower.

Meanwhile, in America, Suspect in US police killings avoided scrutiny.

We need to recall the Marines from around the world to take a stand at our border. Not only are we losing this war of attrition, but other nations have escaped responsibility for the welfare of their own people.

Perhaps this is a result of a “Mexican Legal Stand Off” or is it coincidence that the release of Tahmooress coincides with the death of three American family members who had traveled 30 miles across the border a couple of weeks ago and their bodies just found this week. Identified by their father and witnesses giving statements they were taken away from their fathers house by armed men who self-identified themselves as part of Grupo Hercules, a recently formed police security unit hired by city officials as well as the presence of having seen Mexican Federal highway police at the time. Perhaps border control and relations is just now a game of playing tit for tat unless one believes they’ll ever find and prosecute their murderers. We’re still waiting to see justice for Brian Terry.