Yet another reason why only a fool declines a safe avenue of retreat from a fight. 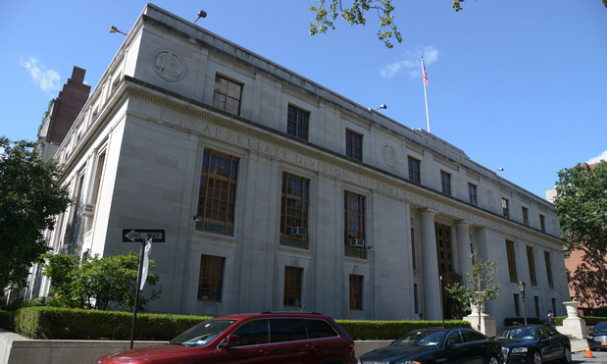 It all started when an 8th grader decided to wear his mother’s wig to school as a joke.

Apparently, a great deal. By the end of the day that awesome judgment call had cost the wig wearer an eye, within weeks leading to a juvenile hate crime conviction on the 7th grader responsible for the injury, and as of this week led the Appellate Division of the Supreme Court of the State of New York to reverse that conviction on self-defense grounds (PDF of the decision and order to reverse is embedded below).

(Note: New York is one of a small number of states in which “Supreme Court” does NOT refer to the highest court in the state.  In New York that highest court is instead referred to as the Court of Appeals–a term that in most states refers to the court of intermediate jurisdiction.)

On June 5, 2012, the (then) 8th grade complainant, as mentioned, decided to wear mom’s wig to Junior High.  Shockingly, other students began to taunt him over this, among them a group of 7th graders that included Mondy E., the appellant.  Also shockingly, their taunts included anti-homosexual/transgender epithets, thus opening up the “hate crimes” can of worms. The complainant asked the taunters to stop, which had the efficacy one might expect under the circumstances.

One of Mondy’s fellow 7th graders approached the complainant and continued his taunting at close range. Mondy decided to join his classmate.  Soon a physical fight was in progress.  The 8th grader was wearing, in addition to mom’s wig, a pair of eye glasses with an already cracked lens. One of the Mondy’s blows further fractured the lens, driving a piece of the lens into the complainant’s eye, permanently blinding him in that eye.  Much of the fight was caught on surveillance video.

Mondy relied on a defense of self-defense.

On April 26, 2013 (10 months after the fight) the Family Court deemed Mondy’s claim of self-defense disproved beyond a reasonable doubt and adjudged him a juvenile delinquent, placing him on probation for 18 months.  Mondy filed his appeal the same day, and the Appellate Division handed down its decision this week, reversing lower court’s findings and dismissing the charges.

In its decision the Appellate Division noted some of New York State’s requirements for self defense relevant to this case:

They then applied these requirements to the facts of the case, effectively conducting their own fact-finding of the underlying evidence, particularly the surveillance video.

(Note that in general appellate courts shy away from reinterpreting evidence, and stick only to determining whether the law was properly applied to the evidence as interpreted by the lower court.  A major rationale for this is that it appellate court cannot, for example, replicate the experience of seeing witnesses testify on the stand as could the finder of fact at trial.  In this case, it appears they relied primarily on the surveillance tape–which obviously does not change from trial to appeal–and on varied concessions by the parties.)

Of particular emphasis in the appellate court’s review of the evidence was the question of whether Mondy was the initial aggressor in the fight.  As noted, the initial aggressor cannot justify their use of force as self-defense.  There was, indeed, some conduct on the part of Mondy arguably suggestive of  initial aggression, but the appellate court decided in each instance that the the conduct was insufficient to assign Mondy that status and thereby strip him of self-defense:

The court also refers to the fact that Mondy, immediately after his inflammatory comments, retreated from the conflict.  In every state a person who was the initial aggressor can “recover their innocence” by withdrawing from the conflict and effectively communicating that withdrawal to the other party.  If the other then re-engages in the fight, the result is that a second fight has been started in which the other party is now the “initial aggressor” and against which the person who withdrew can lawfully defend themselves.  Thus the court determined that even if Mondy’s inflammatory conducts had constituted initial aggression, the harm to his claim of self-defense was cured by his withdrawal.

In any event, the surveillance video recording that was entered into evidence showed that, after the appellant allegedly threatened to knock the complainant’s glasses off, he extended his hands, palms up, in a peace-making gesture and then withdrew for approximately 20 seconds. Accordingly, the evidence did not support the conclusion that the appellant, by his conduct or by verbal threats, was the initial aggressor. Moreover, the evidence also showed that the appellant withdrew from the confrontation in any event. Contrary to the presentment agency’s contention, under these circumstances, the appellant was not barred from invoking the defense of justification based on self- defense (see Penal Law § 35.15[b][1]) (internal citations removed)

Indeed, they concluded, it was the wig-wearer who was the initial aggressor in the fight, as revealed by the surveillance video:

Having made that determination, the outcome of the appeal was determined:

The moral of the story? Wearing your mom’s wig to your Junior High School as a joke can cost you an eye.

More relevant for our purposes, however, it also highlights the importance of a tactical doctrine that I strongly urge everyone to adopt–if it is possible to safely withdraw from a fight, only a fool does not do so.

New York happens to be a duty-to-retreat state, so withdrawal (if safely possible) is an explicit condition of self-defense.  Even in one of the 34 stand-your-ground states, however, withdrawal can play a vital role in “regaining your innocence” in the event you were–or more importantly, can be made to look as if you were–the initial aggressor in a fight.

Remember: not fighting is a win for the good guys.

Below is the PDF of the Appellate Court’s decision and order dismissing Mondy’s charges.

Thank you for refraining from any “A Christmas Story” “You’ll put your eye out, kid” jokes.

Haha, I had ’em in there, but recovered my discretion just in time. 🙂

Which is to say, you withdrew, thereby “regaining your innocence”, right? 😉

It’s always a little frustrating when the jerks get away with it, but I understand and appreciate the need to draw a line between aggression and retreat. It is in everyone’s best interest if aggressors have incentive to discontinue their violence.

I’m not sure if I agree that someone who was involved in a melee but withdrew, and then moves back into the immediate area of the ongoing melee, can be assumed to be an innocent. Where is the appellate’s duty to retreat? I don’t know what was said, and that matters, but how is the complainant supposed to know that the appellate is now a non-combatant?

It sounded to me like the appellant’s retreat and return was prior to the initiation of the fight, and that the complainant started the physical conflict. I’m sorry, but if a young man wants to wear Mom’s wig to school, he’d better grow thick skin and not start any fights.

but if a young man wants to wear Mom’s wig to school, he’d better grow thick skin and not start any fights.

I certainly don’t condone childen being awful but…children in 7/8th grade are pretty much at their most awful point, teasing wise. So he really should have known better. And knowing that he may have started the physical fight, maybe he wanted to get into it with someone.

There was a kid who got beat up in 9th grade several times, but he was carrying a briefcase to school. So, maybe he shouldnt’ have done that.

I’m with you on the thick skin part, but when someone loses and eye or a limb, there’s got to be some accounting done afterward. In this case it looks like the complainant bears at least equal responsibility for his own lack of perspective, so I’m far from worked up about it.

If there’s an up-side to this, it is that the kid will not have his life ruined by a criminal record.

Looking back at my own adolescence, I often marvel I survived. Nature has a dark sense of humor…

So the complainant has only one useful eye now. What are the chances the family could sue the family of the appellant in Civil court. Everyone knows you should never hit someone in the face who is wearing glasses (unless you are Batman). Even if the appellant’s family has no resources to pay, it seems to me that the complainant didn’t start things. This seems a fairly narrow definition of self defense. If it took place over a longer period of time, say if they saw each other again after school, maybe, but it seems to have happened in a matter of seconds. Aggressive then passive then aggressive then passive again within a matter of 20 seconds seems a fairly narrow definition. Although I don’t know the time frame over all.
Just wondering.

The kid who lost his eye had his hands on the other kid’s neck, on camera.

No matter what lawyers may manage to win here, there’s no compelling moral case.

Everywhere this Branca feller goes people are dying and rioting and losing eyeballs and stuff.

Why don’t we just lock HIM up?

The man is obviously a menace to society.

But is there an issue of disparity of force here? The complainant faces not one but two potential assailants. It seems that the complainant was being “ganged up on,” as we used to say in school.

And so I come back to disparity of force — the two vs. one situation in which the complainant found himself. In my (admittedly uneducated) point of view, “recovering one’s innocence” is a little harder when multiple assailants are involved, because the actions of the parties have to be seen in the context of the total situation.

Let’s say that person #1 is attacking the victim while person #2 withdraws and supposedly recovers his innocence. Person #2 then rejoins the fray, supposedly in his virginal, innocent state. But is he really innocent? I think not, because by rejoining the fray he in effect attaches himself to person #1’s continuing assault.

Since these are juveniles, I guess we don’t get to see the tape?

And what idiot goes around with a broken lens? Broken frame; yes. Broken lens is just asking for trouble.

Maybe the new lenses were on order and the kid really needed his glasses to see.

Maybe this is in New York were the rapacious state government has impoverished the people and the kid’s parents couldn’t afford new glasses? You do know that New York state put sales taxes on medical care including glasses?

Mondy should know that others who have acted likewise have gone on and done well:

I think there is another angle here, what is the going to cost the parents?

If your kid pounds my kid into the ER… I’m handing you the bill and then some.