“If absolutely necessary, refuse to fasten your seatbelt”

“If absolutely necessary, refuse to fasten your seatbelt”

A little wisdom from Bill Buckley 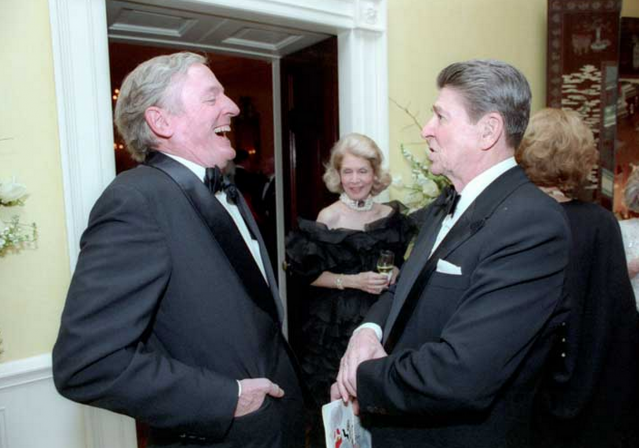 I enjoy revisiting modern Conservative classics. William F. Buckley, Jr. is a staple in that repertoire. Much like I enjoy reflecting on scripture or other mantras, I enjoy mulling the thoughts and words of leaders who forged the path of Conservatism.

Early last week I was flipping through a few old books, one full of Buckley quotes in particular, and found a quote on the inside of the book jacket that’s still bouncing around in this cluttered head of mine, so I thought it was worth sharing:

I profoundly believe it takes a lot of practice to become a moral slob, and that if there is anything the American people are diligently engaged in acquiring, it is that skill, that indifference to things minor which carries over to things major.

We simply don’t complain about little things; and so a part of our nervous system becomes inert — the part which should be tingling and on edge if we are to escape totalitarianization by those who exercise great power.

…Start with the little things. Don’t become a grouch. But don’t let them push you around. If absolutely necessary, refuse to fasten your seatbelt.

Sometimes it’s the small things, just a few words that help you find your center. I found them hopeful and helpful and hope you do too.

Heh, I can do even better: I let my children ride without car seats.

My parents let my walk half-a-mile to school when I was in first and second grade…in Los Angeles! These days, they would be arrested and I would have been placed in a foster home.

I hope this will change at least somewhat. I see a lot of good signs in our elementary. For instance, my kids’ teachers allow them to self-release and go to the school playground for a half an hour the one day I just can’t pick them up on time. Their teachers were very supportive of me letting me do that.
Now, if parents could only let their kids do their own homework…

I’m reminded of a trip I took from NY to Boston. We were on a major highway with no good place to stop. My mother was driving and my infant daughter was screaming her head off in the back seat. I tried to comfort her in her seat but she kept screaming. My mother said “for God’s sake, pick her up!” and I said “I can’t, it’s against the law, she has to be in her carrier.” My mother looked at me and said “no good law keeps a mother from comforting her child, pick her up”. and so I did…….

I believe the beginning of the very oppressive nature of our government became starkly evident when the seatbelt law was introduced. That was the major beginning of government using the big brother logic of “we know what’s best for you”. That was about 25 years ago. Now we’re being told what to eat and drink and judging by headlines almost anything is on the table to legislate. Laws are passed in abundance for our own good that are not only arbitrary, but are considered normal and necessary by both parties. Our government has lost it’s way and we seem to be unwilling to help it find its way back. When I hear the government didn’t accomplish anything today, I feel grateful.

I am sure that I will be safe from Ebola as long as I wear a seatbelt and use a helmet when I ride my bicycle.

Whilst not wearing a seat belt is seen as some bid for freedom, I do think that William Buckley was wrong on this point.

My mother is one who argues against the seat belt law here in Australia, because she rightly points out that had she been wearing a seat belt in what was a near-fatal car accident she would have been crushed to death. In that accident, yes, she was correct.

Back in 1981 I was the front seat passenger in a car when we were rear-ended. The other driver hit us with some force. As our car was moved forward, I was sent forward by the motion and the seat belt stopped me from hitting the dashboard as my husband steered the car away from the oncoming bus… yes it was nearly that bad. One of my sons was in a baby car seat. Even though I was saved from serious injury I ended up with moderately severe whiplash and continue to have issues to this day. However, what would have been the price if I had not been wearing a seat-belt?

Do I believe that a cyclist should wear a helmet? YES!!

Do I believe that children should be in a special seat? This is the one where I think that the law goes a bit overboard, but then again I do not know the statistics regarding injuries to children who were not in such devices when their parents had a car accident.

These things save lives and that is why I support such laws.

I think you are missing the point. Wearing a seatbelt might be good for you and drinking soda — bad. But it’s a personal decision consequences of which individuals relieve themselves. Just because it’s good for you doesn’t mean that the government should require it, or even recommend it.

I believe in personal responsibility.

I don’t need a gubmint to tell me how to be safe.

For example, I don’t need a helmet to ride my bike. Been riding for more than 40 years. For most those 40 years, EVERY. SINGLE. DAY.

Never had a scratch.
No, not exactly accurate. My leg got badly scratched on a dirt road when I was 9 or 10.

But my point is, I don’t need a helmet. It makes me feel clumsy and uncomfortable. It kills the fun of riding.
I am willing to deal with whatever comes out of my choices, and nobody pays for my medical insurance but me.

For myself, I prefer to wear a helmet when I’m riding the bike (and I commute by bike, so I’m on it nearly every day). And I’ll go even further and require my kids to wear them when they ride, too.

In my experience (which includes anecdotes from others’ direct experience), helmets are minimally-useful in the event of an actual collision with a vehicle or anything else. As a kid I wrecked my bike plenty of times, but never once hit my head. However, on the off-chance my cranium makes contact with concrete, I’d like to have that extra padding to absorb some of the damage, even if it’s bulky and looks ridiculous. In the rare event it’s needed, I’ll take a concussion over permanent brain damage and/or death.

Seat belts in cars are the same. There’s plenty of anecdotal evidence to support both their help and harm, but for myself and my family, we choose to use them.

I see these as appropriately thought-out trade-offs for myself. Even though I believe in the utility and practicality of bike helmets and seat belts, as long as I’m not being forced to cover the costs of your decisions, I wouldn’t mandate you or anyone else wear them.

What edgeofthesandbox said. No one’s disputing the role seatbelts play in preventing serious and/or fatal injuries. The real problem is the overweening attitude of the government that it must legislate what is “good” for us because otherwise we are too stupid to come in out of the rain.

If I want to wear a seatbelt, I know how to put one on. I know how to assess reasonable risk and make a decision accordingly. What gives the government the moral authority to ticket me for not wearing a seatbelt when I drive from the corner gas station to my own home less than three blocks away, neither of which are located on heavily traveled streets?

Perhaps some people are too stupid to figure this out. But you can’t really protect people from their own stupidity, can you?

Brushing twice a day and flossing is a good idea too, we are told – do you think the government should pass legislation mandating it? Should you receive a citation if you skipped flossing for a whole week?

How about citations for failure to have regular bowel movements? Send out the poop police, all in the interest of health, you know ~

We are told we should be more active – get out and move at least 30 minutes three times a week. Should couch potatoes be punished for their sloth because “it’s a health issue”?

Too much caffeine. Too much sugar. Too much refined flour. Too much fat. Blah, blah, blah. Next year the nutritionist gurus will come along and quietly “revise” all their previous recommendations, saying the opposite of what they’re currently saying. For years butter was “bad” and margarine was “good” – now it’s margarine that’s wearing the black hat, and butter’s actually not all that evil after all.

Some states want to mandate that preteen girls get a vaccine for HPV. (And it’s not even for all strains of HPV – only a handful.) HPV is contracted through risky behavior, and is not spread through casual contact like measles or chickenpox – it’s hard to catch it “accidentally.” What gives the government the moral authority to mandate such a vaccine? What gives the government the right to usurp my parental authority over my child?

Where does it end? So much evil is perpetrated by busybodies who insist they’re doing it for our own good ~

Making mountains out of molehills is the specialty of the left. We need to learn the skill. Having a compliant press helps, of course.

What infuriates me is the requirement that small children must ride in the back seat. If the child is unhappy and the mother is driving, she can’t touch him to comfort him, and sometimes words won’t do it.

The reason children must be in the back seat is because of air bags. When they were first introduced, it was learned that they could kill a small child in the front seat. Rather than redesigning the airbags, they passed laws saying children should be in the back seat, although children in the back seat are sometimes accidentally left in cars because their parents forgot they were there. Every summer, some die when they are left in hot cars.

The car manufacturers responded to this problem by enabling the car owner to disable the airbags in the front passenger seat (or standard-cab pickups where there IS no back seat). Some cars even do it automatically, by reading the weight on the seat to determine if it’s a child or adult.

This means a child in the front seat is spared any of the damage an adult-configured airbag can cause, but of course is also denied any of its benefits.

Besides which, IIRC, in some places it’s a crime to not re-enable the airbag for an adult passenger. Just another victimless crime for us to keep track of and consciously make sure we’re not committing.

I got pulled over and ticketed recently, by my local revenue enhancement officer. My crime? I wasn’t wearing my seatbelt, on my approximately 1/2 mile drive back from lunch to my office.

Mind you, I have been driving for more than 37 years, and never once caused an accident.

Mind you further, that when they first campaigned to pass a mandatory seatbelt law, we were assured that no one would ever, ever be pulled over simply for not wearing a seat belt. Of course, a few years after the law was passed, they quietly removed that restriction.