Dr. John Lott: “The FBI made a number of subtle and misleading decisions as well as outright errors.” 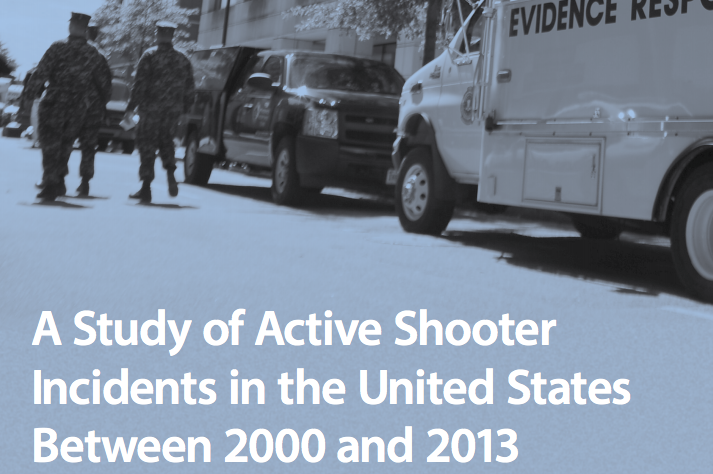 Dr, John Lott, head of the Crime Prevention Research Center and long-time researcher and perhaps best known as the author of the seminal book, “More Guns, Less Crime,” has taken a thorough look at a recent report issued by the Federal Bureau of Investigation and found it severely flawed.

The report, entitled “A Study of Active Shooter Incidents in the United States Between 2000 and 2013,” (embedded below) purports to show that “mass shootings” have increased at an average annual rate of more than 16% over that time period.  Dr. Lott demonstrates that this figure can be arrived at only by a tortuous methodology that is rational only if showing a large increase in “mass shooting” is the actual goal of the report.

Sadly, we live in an era in which “science” is routinely twisted in pursuit of purely political ends, and it appears that the authors of this FBI report may have adopted this approach.

Dr. Lott’s formal analysis is embedded under the FBI report below, I do encourage you to read the whole thing.  As a taste, the paper’s abstract reads:

An FBI report released on September 16th, 2014 makes the assertion that active shooter attacks and deaths have increased dramatically since 2000 – both increasing at an annual rate of about 16 percent. As the headline in the Wall Street Journal stated: “Mass Shootings on the Rise, FBI says.”

But the FBI made a number of subtle and misleading decisions as well as outright errors. Once these biases and mistakes are fixed, the annual growth rate in homicides is cut in half. When a longer period of time is examined (1977 through the first half of 2014), deaths from Mass Public Shootings show only a slight, statistically insignificant, increase – an annual increase of less than one percent.

The FBI’s misleadingly includes cases that aren’t mass shootings – cases where no one or only one person was killed in a public place. While the FBI assures people that it “captured the vast majority of incidents falling within the search criteria,” their report missed 20 shootings where at least two people were killed in a public place. Most of these missing cases took place early on, biasing their results towards showing an increase.

As always, Dr. Lott’s analysis is good stuff: detailed, comprehensive, direct, and written in plain English for those of us whose last statistics class was a couple of decades ago.

Here’s the embed of the FBI report:

And here’s the embed of the CPRC analysis:

Well, I guess we shouldn’t expect an FBI study finding of “nope, crime is down pretty much across the board… hell, you could probably lay half of us off.”

After this administration is over, most of the Executive departments are going to have to issued revised statistics, because their definitions are not going to wear well.

Thanks for the embeds.

Every agency…including those that enjoyed very high regard by the American people…has been captured and weaponized by the Collective.

This is going to be Obama’s MOST poisonous legacy. It will take a concerted effort to reverse, too.

I could not have said it better Rags.
Every. Single. Agency. Corrupted.

You are, of course, quite correct. The body politic is riddled with Oyolo cancer.

That said, this most recently appointed Director of the FBI, James B. Comey, is held in very high regard by current and retired Special Agents for whom I have considerable respect, and who see in him the potential to “right the ship” of the Bureau.

THAT said, Comey’s boss is still Oyolo, and of course the Bureau itself has all the internal politics of any good-sized governmental organization.

A glimmer of hope, perhaps, once Oyolo is retired to giving Zombie speeches.

Now, what to do about all the other three-letter agencies? Good God.

My high-school AP Statistics teacher from *mumble* years ago used to say, “The numbers never lie; they get misrepresented.”

Since the FBI is a sub-agency of Holder’s DOJ, I can’t say I am surprised. Holder probably ordered the study and gave them the desired conclusion when he ordered it.

Every single agency of the federal government has been corrupted. Can’t trust a single one of them anymore. It’s as if it were a foreign government at war with the states.

Must be the same horrifying feeling that Austrians must have felt in the late 1930s, when they one day looked up and realized they were living under a totalitarian regime. (Who was the John Boehner of Austria was at the time, that helped let it happen?)

Andrew Branca may be right about good guys like Comey, but they’re just treading water – like the good guys left in the Pentagon. All of them will soon be eased out when they are no longer useful. Like after the November elections.

“It” really is happening to us. Piece by piece, it’s adding up, until one day we will be the Austrians of 1938.

What dismays me is that fools trying to fool the public are easier to catch than ever because of the ubiquitous nature of information on the internet, but in spite of the constant stream of corrupt bureaucrats being exposed by citizen journalists, if the government and the major media are unwilling to hold the corrupt accountable, the other corruptocrats are emboldened. The next administration is going to have to conduct a Stalinesque purge, if that’s even possible.