Facebook and Apple: Come for the high pay, get your eggs frozen too

Facebook and Apple: Come for the high pay, get your eggs frozen too

Seems to me that what’s happening here is the very opposite of “feminism.” 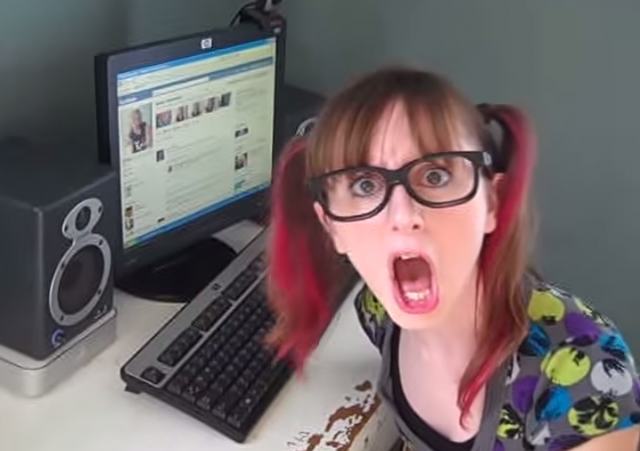 Tech giants Facebook and Apple have come up with a plan to keep their female employees happy and on the job—subsidized egg freezing.

Both companies have a reputation for offering posh work environments and cadillac health care plans, but the new program seeks to invest up to $20,000 in benefits to help their employees pay for fertility treatments, sperm donation, and most controversially, egg freezing.

Reactions have been mixed, and there doesn’t seem to be a clear consensus as to is on board with egg freezing as an option for young professional women:

“Anything that gives women more control over the timing of fertility is going to be helpful to professional women,” said Shelley Correll, a sociology professor and director of the Clayman Institute for Gender Research at Stanford University. “It potentially addresses the conflicts between the biological clock and the clockwork of women’s careers: The time that’s most important in work, for getting your career established, often coincides with normal fertility time for women. This can potentially help resolve that by pushing women’s fertility into the future.”
…
As more women wait longer to have their first child, the number of women choosing to freeze their eggs has grown “exponentially,” said Dr. Alan Copperman, a fertility specialist at Mount Sinai Hospital. They are also doing it at a younger age, which means healthier and more viable eggs.

Interviews conducted by the Daily Mail tell a different story, and raise concerns about the message this could be sending to women who want both a career and a family:

An Apple spokesman in the US said: ‘We want to empower women at Apple to do the best work of their lives as they care for loved ones and raise their families.’

However Harvard Law School academic Glenn Cohen, asked: ‘Would potential female associates [staff] welcome this option knowing that they can work hard early on and still reproduce, if they so desire, later on?

‘Or would they take this as a signal that the firm thinks that working there as an associate and pregnancy are incompatible?’

This footage from the local CBS affiliate in San Francisco is even more telling:

Women on the street agree—the idea of freezing your eggs until you’re comfortably established is more than a little weird.

I think the idea of this goes beyond the “feminist issue” of having to choose between advancing a career and starting a family. Egg freezing is being promoted as a convenient fix to the inconvenient realities of womanhood—at some point, you will have exactly one egg left, and you may have to make the choice between a career and a family.

I don’t have a problem with the actual freezing of eggs; I have a problem with companies solidifying this idea that you can compartmentalize your life with the help of science.
This isn’t about feminism, or “leaning in;” Facebook and Apple are subsidizing these treatments because they want to keep their employees longer, not because they want to be a part of the Very Special Conversation On Female Empowerment.

Seems to me that what’s happening here is the very opposite of “feminism.”

So are these companies also offering to freeze their male employees’ sperm as a precaution against future bouts of erectile dysfunction?

I work at a tech firm that covers fertility issues. They are pretty good benefits that cover stuff for both male and female and part of why I pursued my current gig. See my post below.

So, are these employees taxed under Obamacare for having Cadillac plans?

After Apple’s last OS upgrade, It might be a good idea if someone “accidentally” unplugs the freezer.

The Onion has a story on Face oolk offering to freeze newborn babies.
On the bright side, society is realizing that there is an obvious advantage to young motherhood.

So, the choice is genocide or corruption. What ever happened to sugar and spice, and everything nice?

Girls just want to have money, sex, and ego gratification. I think they were deceived by the male-stereotype spread by generational feminists.

Just another example of current trends to divorce sex and children, and in its place to turn babies into a consumer product rather than the fruit of a husband-wife relationship. Increased government intrusion and control will soon follow.

The simple fact is that a large percentage of women who pursue career before family and don’t try to get pregnant until their early thirties, never mind their late thirties, find that they have waited too long, and tech companies hire a lot of these women. It’s good to see them addressing it.

This is one of God’s commandments’s right: “go forth and multiply”? I would not look askance at anyone who is confronting the actual hurdles to reproduction. Apple and Google are in substantial measure run by women who at this point are probably really really wishing they had frozen some eggs, now that they and their still fertile hubbies are wealthy enough to rent a third world womb, and they are simply urging their younger cohorts not to make the same mistake.

More power to them. To what better use could they possibly put their accumulated wealth? Rent out lots of wombs. Hire lots of nannies. Make and raise lots of babies. If only.