Questions now being asked about basis of 21-day quarantine period. 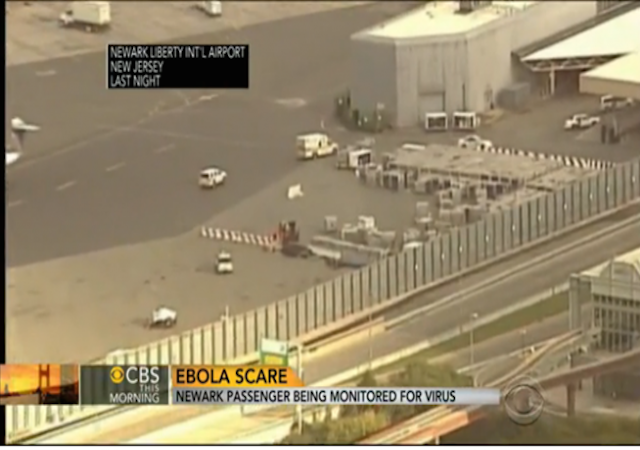 Some good news related to Ebola: The nurse who flew to Ohio while ill with an Ebola infection has been declared free of the virus.

Dallas nurse Amber Vinson is free of the Ebola virus and will be transferred from isolation at Emory University Hospital in Atlanta, her family said Wednesday.

The family also said that the 29-year-old nurse, who contracted the virus from Liberian Thomas Eric Duncan, was regaining strength and that her spirits were high.

“We are overjoyed to announce that, as of yesterday evening, officials at Emory University Hospital and the Centers for Disease Control (and Prevention) are no longer able to detect virus in her body,” the family said in a statement hours after Vinson spoke with her mother, Debra Berry.

And as the 21-day quarantine ends for the family of the late Thomas Duncan and the healthcare professionals who cared for him during his fatal bout, new questions are being asked about the time period of isolation itself.

As the 48 patients exposed to the first U.S. Ebola patient near the end of their 21-day incubation period on Sunday, Oct. 19, a new study is questioning whether that period is sufficient to keep the public safe.

“Twenty-one days has been regarded as the appropriate quarantine period for holding individuals potentially exposed to Ebola Virus to reduce risk of contagion, but there does not appear to be a systemic discussion of the basis for this period,” lead researcher Charles Haas, an environmental engineering professor at Drexel University, wrote in the study paper.

In the meantime, it is heartening to learn that nobody else has succumbed to hemorrhagic fever as a result of Duncan’s actions.

On the other hand, it looks like there are concerns that three new Ebola-carriers arrived in America on Wednesday.

An airline passenger was being evaluated at a hospital in Newark, New Jersey Tuesday due to Ebola concerns, reports CBS New York. Two others were hospitalized after getting off planes into Chicago.

Centers for Disease Control and Prevention spokesperson Carol Crawford said the Newark passenger was “identified as reporting symptoms or having a potential exposure to Ebola” during the enhanced screening process for those arriving in the U.S. from the West African nations of Liberia, Sierra Leone and Guinea.

“(The) CDC or state/local public health officials will contact other passengers on the aircraft should it be determined that there was any risk to the other passengers of exposure to communicable disease,” Crawford continued.

The CDC didn’t name the hospital, but the newspaper reported there was a “flurry of activity” near University Hospital in Newark Tuesday night.

In Chicago, two passengers who took ill while flying into O’Hare from Liberia have become the first to test the city’s new Ebola protocols, although officials say they see no evidence that either has the deadly disease, according to CBS Chicago.

Hopefully, with the enhanced protocol upgrades that better address Ebola’s status as a high-risk pathogen, no more healthcare workers will be infected in this country.

Just heard on the radio (Hannity’s show, via my local station, which is FoxNews-affiliated) – a doctor just returned from West Africa is in NY hospital, in isolation, being tested for Ebola.

Not safe. Not safe at all.

As usual, the Obami are firing the wrong end of the gun…

Isolate travelers THERE, not after they are here.

OR…wow, this could be a rattle snake, but I can’t tell in this failing light.

What to do? I could leave it in this nice aquarium overnight and then identify it tomorrow…or I could bring it into the kid’s room overnight. THEN we can tell what it is…

We’ll not be Ebola free as long as new cases are being imported. With each import, lurks the danger of indigenous infection.

Health and medical workers have shown clearly that members are not to be trusted with voluntary quarantine. Supervised (ankle bracelets could work just fine) mandatory quarantine should be placed on all such workers returning from infectious disease areas.

Great news on Amber, Deo Gratias. That was quick. Nina is doing better now, too.

Will Typhoid Barry apologize to them?

What scares the crap out of me is that this administration and many of its mid-level on up agency barnacles have had zero problem just flat out lying to the American people, from Obama down to mid-level IRS supervisors.