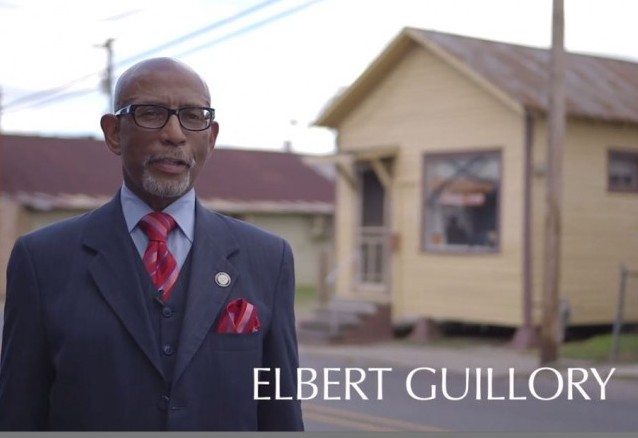 2014 is a crucial cycle for Republicans; for months, House and Senate candidates have focused on Democrats’ failure of leadership in the White House and the Senate to pinpoint examples of how progressive policies have made life harder for Americans.

Examples aren’t enough, though. In order to flip the balance of power in Washington, Republicans need to hit voters where it hurts Democrats.

Enter Elbert Guillory, a Louisiana State Senator and candidate for Lt. Governor in 2015 who famously switched to being a Republican.

Guillory appears in a devastating video by Free At Last PAC:

“Mary Landrieu first ran for Senate in 1996 promising to be a champion for the black community,” Guillory says in the video, filmed in Opelousas, La. “But 18 years later, little has changed.”

“Our communities are poorer than they were in 1996. Our schools continue to fail children,” he said. “And our jails are filled with young black men who should be at home being fathers.”

Addressing black voters, Guillory says: “While you scrounge together food stamps to buy kool aid, she sips champagne at cocktail parties. While you dig through the couch looking for gas money, she flies around in private jets funded by taxpayer dollars.”

“But Mary Landrieu knows that she doesn’t have to do anything for our community, because no matter what she does, 95 percent of us will line up to vote for her,” Guillory says, “Every. Single. Time.”

“Damn,” said everyone in America. 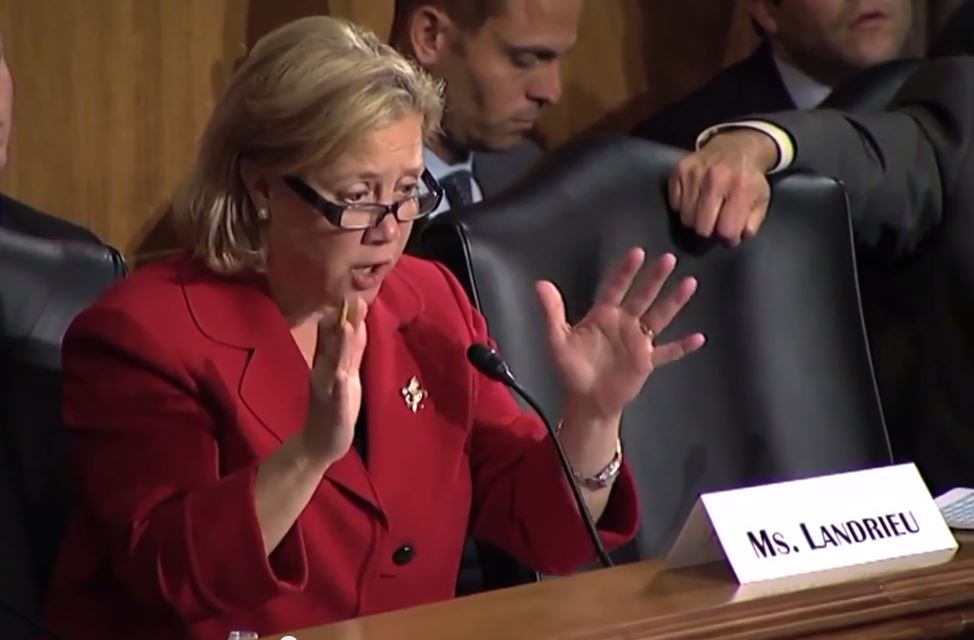 This ad is brilliant, and every strategist needs to get on its level immediately. Real Clear Politics has the Louisiana Senate Race listed as a toss up, and the last thing a candidate like Landrieu needs is an ad contrasting her life of relative privilege with life on Academy Street.

He’s good people. He delivers a good message and it appears he can deliver.

He could be just what the doctor ordered. Hopefully the voters in his district feel the same.

Let’s hope this is just the start of something that will make old LBJ, architect of “The Great Society”, start spinning like a lathe!

Likely a good video – couldn’t hear it all

BECAUSE OF THE DAMM AUTOPLAY VERIZON AD IN THE MARGIN!

Can’t even turn it off or pause it. Had to wait for it to finish. Now I hate hate hate Verizon. And next time it happens here, I’ll just close the webpage and restart on some other blog.

Please ditch the autoplay ads. Don’t be Powerline. Thanks.

Load a adblocking extension to your browser. I use firefox with an extension called ‘ad block plus’. Works like a charm for irritating ads and videos embedded on web sites.

Given modern attention spans, I only hope enough people in Louisiana see this 2:21 long video. On the internet in 2014, that’s a huge commitment of time.

Just not the message, but the tone of voice which conveyed the message.

Damn near cried watching that. What a remarkable man he must be. We can only pray his message gets through to enough people to break the stranglehold the Democrats have on their skin color. And that more like-minded African Americans take such a public stand.

That was incredible. They need one of those for every incumbent Democrat in the country.

The man has a superb biography. He’s done a lot in his life. That makes him even more compelling.

Remember in 2012 we saw a few outspoken black clergy producing videos denouncing Obama? Yeah, they didn’t have much impact, did they?

I’m afraid that LBJ hit a “home run” with his Great Society strategy, and I just don’t know how the cycle of dependency can be broken.

The cycle of dependence can be broken if birth control was tied into receiving public assistance…both male and female. Females with children they can’t afford to feed or clothe should be required to be on a long lasting birth control….they have shots now. The males who have kids they aren’t supporting should be required to have reversible vasectomies until such time they can support the kids they currently have. Even better would be if drug companies would develop an injection for men like the one for women. The last thing poor people need is yet another mouth to feed. They aren’t ever going to get out of poverty until they are educated and have learned a marketable skill.

Elbert Guillory is a brave and courageous man.
God bless him. God give wings to his words.
Everyone in the country needs to hear his message.

Been married/ divorced 4 times…and is a Roman Catholic… I thought divorce was frowned upon in that religion. Cutting food stamps and not expanding Medicaid in that state hurt the people he is trying to help. It’s one thing to help poor people get basic needs such as food and medical care…which the republican party objects to…and quite another to tell poor people they don’t need it and to pull themselves up by their bootstraps…especially since there is just an abundance of economic opportunity for the poor, uneducated black people of LA.