White House Fence Jumper was out on bail

White House Fence Jumper was out on bail

Who is this guy? 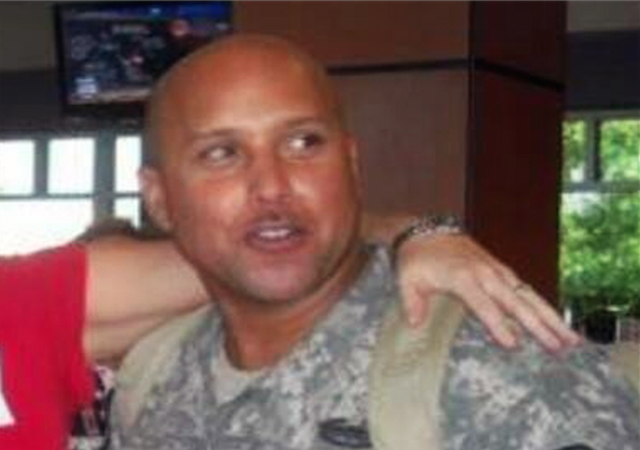 The near-mythos surrounding the man who jumped the White House fence last week keeps getting weirder.

The man accused of jumping the White House fence with a knife was free on bail at the time of the incident after his arrest on a separate weapons charge in Virginia, prosecutors said.

Omar Gonzalez, who was accused of rushing the executive mansion on Sept. 19, made a court appearance today in Washington, where he was ordered held without bond. His next hearing is set for Oct. 1.

Although the media hasn’t quite picked up on exactly what this “weapons charge” is, friends and family of Gonzalez have already begun pushing back on the idea that Gonzalez’s history with weapons adds a new angle to the already bizarre story.

According to CBS News, friends of Gonzalez believe that if he had jumped the fence with the intent to harm, he would have brought something more deadly than a three-inch knife.

Jerry Murphy, whose mother was married to Gonzalez for several years, said Gonzalez suffers from post-traumatic stress disorder and that he needs treatment, not to be treated like a criminal.

He said Gonzalez has been driving around the country and living out of his truck for the past couple of years, and that he always carries his knife.

“I know he’s got heavy artillery, you know? He’s got all kinds of weapons and he was trained to use them,” Murphy said. “I believe if he wanted to make a scene or cause problems, he very well could have. But it’s clear that he didn’t.”

Officials have said Gonzalez was awarded a medal for his service in Iraq and retired due to disability.

Reports have made clear that, although Gonzalez doesn’t have a history of violence, he does suffer from PTSD and has presented with serious behavioral changes since he was discharged:

Another former neighbor, identified by KXXV only as “Andrew”: “He’s always check on people. From time-to-time when I’d talk to him, he told me that he thought people were watching him or his phone was tapped or someone tapped his house. … I’ve heard rumors of him walking out with guns strapped to him, walking around in his yard.”

His family saw changes too.

“He’s been depressed for quite some time,” one relative, who was not named, told the Los Angeles Times. “He’d been taking antidepressants and anti-anxiety medication. I suspect he stopped taking it, otherwise this wouldn’t have happened.”

Gonzalez’s diagnosis of PTSD helps back up Gonzalez’s own reasoning behind his decision to commit what amounts to a felony trespass (that could carry a ten year prison term):

After he was apprehended, Gonzalez told a Secret Service agent he feared “the atmosphere was collapsing and needed to get the information to the president of the United States so that he could get the word out to the people,” according to the affidavit.

This makes sense, especially in a soldier presenting with depression and PTSD. Lawmakers, however, are focusing less on the man behind the breach, and more on the complete breakdown of White House security protocol. Questions remain unanswered as to why attack dogs weren’t deployed, and as to how in the world Gonzalez made it through the door to the Residence when that door should have been locked.

Their suspicions, coupled with the volatile foreign policy situation and escalating threat of domestic terrorism, will prevent the White House from brushing this one under the rug.

A “weapons charge” for a 3-inch knife? That’s a pocket knife and legal to carry in every state I’ve ever lived in. Of course this is DC, the epicenter of moon-battery we’re talking about.

Why is Democrat Barry being so mean to this loyal Obama voter?

So… White House security is about as effective as our border security?

Hey, by jumping the fence, he got over the border, so to speak. Doesn’t this mean he gets to live in the White House now? How much worse than Obama could he be?

I think he should be allowed to stay, just like all the rest of the illegal immigrants.

Held without bail for trespassing? That seems a bit much.

I accidentally upticked your comment instead of downticking it, and unfortunately the software won’t let me correct my mistake, so I’ll comment instead.

This defendant is the last person on earth worthy of bail — *any* bail. He lives in a car; he’s suffering severe depression and PTSD (or worse) and not taking his medication; he keeps an arsenal of “heavy artillery” locked up somewhere, and knows how to use it; and he just committed an extremely aggressive and public act against the President of the United States.

Clearly this guy a horrendous flight risk; his presence on the street would clearly be a danger to the public; and the public’s interest in his continued incarceration pending psychiatric evaluation and trial clearly outweighs his right to be on the street.

Everyone’s entitled to “reasonable” bail. He got exactly that — i.e., *none*.

Considering other claims we’ve seen here which were later found to be without basis, I intend to wait a while to see if he really has anything, and what it is before getting all emo about it.

Huh? You appear to be confusing bail hearings with trials. Trials determine guilt or innocence. Bail hearings do NOT. They simply determine whether the defendant is a flight risk, whether he’s more likely than not to commit another crime while out on bail, whether he poses a danger to the public, and whether his right to remain free is outweighed by the public’s interest bringing him to trial and remaining safe.

Moreover, while conviction at trial requires proof beyond a reasonable doubt, bail hearings rest on probabilities. I.e., if the evidence shows that the defendant is probably a flight risk, and is more likely than not to commit another crime while out on bail, then the bail judge had every authority to set high bail, or no bail.

One of your criteria was the weapons. How do you know they exist?

The rest? Simply first news reports. Who knows if they are accurate?

@Phillep: But you’re assuming that judges base their bail determinations on “first news reports”. That’s ridiculous.

To the contrary, they base their decisions on evidence gathered by the FBI and other law enforcement agencies and introduced into evidence by the U.S. Attorney — evidence like the defendant’s criminal rap sheet, police reports, witness reports and physical evidence.

In this particular case, the U.S. Attorney had plenty of evidence showing that Gonzalez is dangerous and a serious flight risk, including the following:

“In federal court on Monday, the prosecutor revealed a PAIR of earlier incidents involving Omar J. Gonzalez that the government said demonstrated the 42-year-old former Cavalry scout constituted a danger to the president.

“In JULY, Mr. Gonzalez was arrested in Virginia on felony charges of evading arrest and possession of a SAWED-OFF SHOTGUN, police and the prosecutor said. Police also found SNIPER RIFLES, HANDGUNS and a cache of other weapons in his vehicle, AS WELL AS A MAP OF WASHINGTON WITH A LINE DRAWN TO THE WHITE HOUSE, Virginia State Police said. He was released on bond.

“Mr. Gonzalez … was [also] stopped by the Secret Service near the White House’s south fence on AUGUST 25 with a HATCHET in his waistband, the prosecutor said. He allowed a search of his vehicle and was released.

“After he allegedly burst through White House security Friday [September 20] at about 7:20 p.m. with a folding knife in his pocket, police also found a MACHETE, TWO HATCHETS and more than 800 ROUNDS OF AMMUNITION in his vehicle parked nearby, the prosecutor said.”

“…and he just committed an extremely aggressive and public act against the President of the United States.”

Why against the President? Why not the White House Chef? The head of the EPA (collapsing sky)? The First Dog? The guy sounds like one of the military’s walking wounded to whom the government has a duty of care.

“The guy sounds like one of the military’s walking wounded to whom the government has a duty of care.”

Of course he is. But that doesn’t entitle him to low bail. Bail statutes usually require that bail be based *solely* on whether the defendant is a flight risk, whether he’s likely to commit another crime while out on bail, and whether he’s likely to pose a risk to the public if released. In Gonzalez’s case, ALL those factors weigh against him.

Fair or not, by statute, the fact that the VA failed Gonzalez doesn’t play any role in determining his bail.

He was on one of the VA’s death lists and he knew if he got arrested by the Secret Service he’d get decent IMMEDIATE medical care.