What Socialism has in Common with the Loch Ness Monster

What Socialism has in Common with the Loch Ness Monster 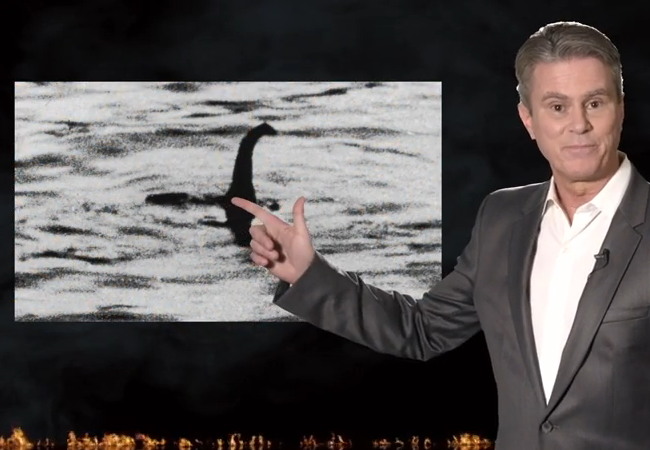 In a new edition of Firewall, Bill Whittle explains why believing in Socialism requires the same thought process as believing in the Loch Ness Monster.

Ah, Progressives! You really have to – well, not admire them exactly – but if not admire them then at least grant them a grudging respect for the tenacity of their beliefs.

Unfortunately for them, the Socialist utopia is a Cryptid, which, according to Wikipedia’s serviceable definition, is “a creature whose existence has been suggested but has not been discovered or documented by the scientific community.” Here’s another example of a cryptid: it’s called the Loch Ness Monster. Like the socialist utopia, the Loch Ness Monster requires a lot of magical thinking.

From there, Whittle examines the Socialist states progressives often point to as models of success such as Sweden and then knocks down those examples like a house of cards.

In a particularly eloquent moment, Bill points out:

First, Sweden can afford to pay all of these benefits –“free” health care, “free” maternity leave, and so on – because the cost of defending Sweden is paid by American capitalist taxpayers. I don’t want to hear about the few jets or token troops Sweden might have. ALL of the money made by ALL of the Swedes could not pay for Sweden’s defense against the Union of Soviet Socialist Republics. Good socialism only exists because capitalists pay to defend the good socialists from the bad socialists.

Watch the whole thing. It’s worth your time.

Q: What does good socialism and the Loch Ness Monster have in common?

A: Both are myths that prey upon the gullible and stupid.

Now, now. There ARE some important distinctions.

If you go to Scotland and take a detour to see Nessie, you will see a beautiful lake and a lot of fine country. You’ll get to meet some characters, if you’ve a mind to, and take some pictures.

If you go to see “good socialism”, you are apt to get rolled…and by people with badges and guns. You will see the inside of buildings with the charm of bomb-shelters, and your camera will likely be taken from you.

Nessie could…COULD…exist, though it is improbable.

“Good socialism”…we know from all the models in history…simply cannot exist.

Whittle is 100% correct on every point as far as he goes, but his analysis stops short. Even free market systems need social safety nets, including at least some backed up by tax dollars. The problem is the tendency of those programs to creep. Pandering for votes by politicians and political parties is one big source of that creep. Both parties.

Thing is, you fail to understand “socialism”. It is a common misunderstanding.

There is NOTHING wrong with “socialism” per se. We “socialize” all kinds of risks and hardships in life. Insurance is “socialism”. Charities are “socialism”. We spread the varieties and vicissitudes of life over lots of us at any given time. And there was never such an explosion of charity as in America during the late 1800s and early 1900s, because we, as ordinary people, understand and understood that there is utility in taking good care of people. PLUS, the wonder of the capitalist system had made so many of us able to express our charitable impulses.

Now, there is also STATE socialism, which is fundamentally different in almost every possible way, and is, according to everything we know in history, evil.

“Magical thinking is the belief that belief can make things manifest themselves in the real world.” Sounds like a lot of religions out that as well.

What capitalist economy is paying for Sweden’s defense?

Have you ever heard of NATO?