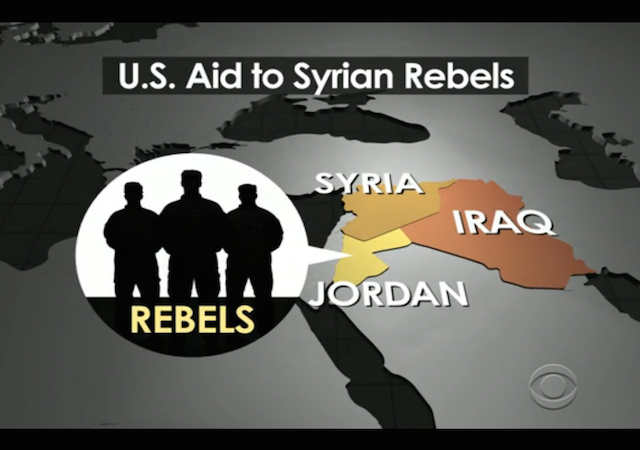 Today, the House approved a $500 million measure dedicated to the arming and training of Syrian rebels.

The authorization is limited in scope to training up to 5,000 members of the Syrian opposition in Saudi Arabia. It provides no new funding and requires the administration to provide status reports to Congress. The Obama administration said the mission may be funded by international contributions, but the resolution authorizes the Pentagon to shift funds from other accounts if necessary.

Although the vote was bipartisan (273-156), both Republicans and Democrats have serious concerns about the President’s plan to roll back ISIS.

Democrats are concerned that without clearly defined parameters passed by Congress in the coming months, new U.S. military operations in the Middle East could fester for several years with no clear strategy or definition of success.

Republicans have worried that Obama’s plans so far are too limited. One top GOP leader suggested Congress could go as far as giving the president blanket military authority, even if Obama doesn’t want it, when Congress holds a much broader debate after the November elections about the fight against Islamic terrorists.

Back in June, President Obama asked Congress for the funding needed to provide moderate (moderate?) Syrian rebels. His plan was to train rebels in neighboring, friendly countries like Jordan, and to provide small arms. He did not, however, ask for money to provide the anti-aircraft missiles the rebels have asked for. CBS reports that the President fears those types of weapons could easily fall into the hands of the opposition.

The Senate is also on track to approve this funding, but its support comes with the same concerns that plagued House members over six days of heated, meticulous debate:

“I strongly believe that if our military arms and trains Syrian rebels, we will be involving ourselves in a ground conflict that we cannot resolve where potentially everyone involved is our enemy,” he said.

If the Senate approves the funding (and it’s very likely they will,) it will still be months before funds and arms actually make it to our curious new allies in the Middle East.

There are so many different factions of “Syrian Rebels” no?

I trust Obama to that that HALF A BILLION DOLLARS to the most Anti-American ones.

I trust Obama to “TAKE” that HALF A BILLION DOLLARS to the most Anti-American ones.

Count me in the 85% of Americans who think the Congress is composed of crazy idiots. How much more military equipment are we going to make available for ISIS, when the “moderates” either turn against us or turn and run? These open acts of war against Syria are uncalled for and will result in even more Christians and other minorities being slaughtered, which did not occur when Assad was firmly running the place.

As you read the following brief, you will realize that the weapons the US supplied to Libyan rebels found their way to Afghanistan and were utilized to shoot down American helicopters:

Either Congress (and Senate, which will certainly vote the same) is stupid or being blackmailed or threatened by Islamists. In fact, it feels like that has been the case since 2001.

These so-called guardians of America evidently have short-term memory loss and forgot that just a few days ago, the Syrian rebels signed a non-aggression pact with ISIS/ISIL/IS!!!

Congress should authorize directly arming the Kurds since they are the only ones fighting ISIL.

This has worked so well for us in the past. Lets given them the training and weapons so that in 10 years they can turn them against us. The definition of insanity is doing the same thing over and over again and expecting different results.

Fast and Furious 2. What could possibly go wrong?

More like Benghazi 2. The target is assuredly Assad, and another shot over Putin’s bow.

Where are all those arms we left the Iraqis now?

This isn’t a measure to defeat ISIS, it’s a measure to arm Islam. Obama said he would side with the Muslims, and he’s doing it with stealth jizya.

Obama is not that bright. This is not planned – none of it is. Obama, Kerry and Biden are the three stooges with Pelosi and Reid playing Laural and Hardy. They are not geniuses. They are clowns who produce horrible results because of their bungling and stupidity. There is nothing “stealth” about anything they do. t is always our side who weaves the conspiracy tale to show how cunning and contrived they are. Except they are not – they are merely incompetent.

Did they find a “Northern Alliance”? They were a reliable and effective ally.

When I see ISIS, I usually see them with American equipment.

We left Iraq with advanced technology and a green military.

It’s a bad idea, without question.

The problem is if you rule out American boots on the ground, what better choice do you have left? Or what other choice?

Obama clearly, as with Iran and the Taliban, will be very happy to “contain” the threat until he leaves office. When the stuff hits the fan under the next President, Obama will the one tut-tutting, shaking his head, and getting back to his golf round.