Who will protect Israel if it doesn’t protect itself? 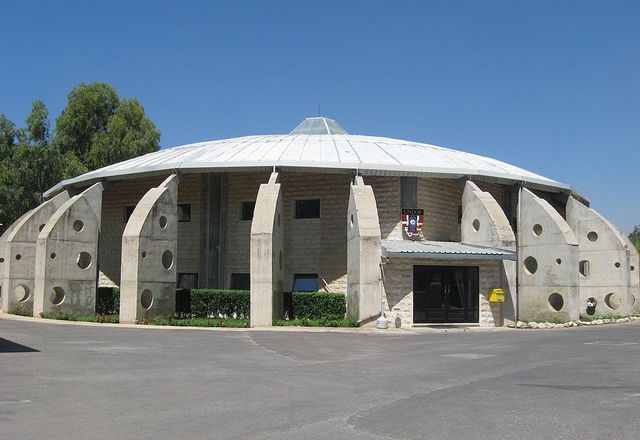 The United Nations announced yesterday that it was withdrawing all of its United Nations Disengagement Observer Force (UNDOF) peacekeepers out of Syria due to “[t]he situation in UNDOF on the Syrian side and the area of separation has deteriorated severely over the last several days.”

Armed groups have made advances in the area of UNDOF positions, posing a direct threat to the safety and security of the UN Peacekeepers along the “Bravo” line and in Camp Faouar.

All the UN personnel in these positions have thus been relocated to the “Alpha” side.

UNDOF continues to use all available assets to carry out its mandated tasks in this exceptionally challenging environment.

The “Alpha side” is Israel.

This wouldn’t be the first time that UN peacekeeping forces charged with protecting Israel have failed to do their job. A few weeks before the Six Day War in 1967, Egyptian President Gamal Abdul Nasser ordered the UN peacekeeping forces that had been in the Sinai since 1956 to leave. The UN complied immediately. The United Nations Interim Force in Lebanon (UNIFIL) failed to keep Hezbollah from arming and in one especially egregious instance abetted Hezbollah in the kidnapping and killing of three Israeli soldiers.

The serial failures of the UN to protect Israel should be a signal that Israel alone has to be in charge of its security. This isn’t ideology, but the lesson of bitter experience.

In January, Secretary of State John Kerry presented a “security plan” for the West Bank. Despite Kerry’s efforts, “Israeli leaders are as resistant as ever to trading this more than 80 kilometer-long, up to 7 kilometer-deep stretch of territory for technology, US security assurances and joint force patrols.” “Security assurances” from outside parties have notoriously failed Israel.

The most significant aspect of the Oslo experiment, from 1993 to 2000, was the surrender of control over Palestinian populated areas. It was due largely to this surrender that the Palestinians were able to launch and fight a war that, in its first three years, cost Israel nearly 900 lives, mostly civilians.[2] (While Israel eventually did reassert control in populated areas throughout most of the West Bank and Gaza, the damage had already been done.) In comparison, during the final seventeen months of Israel’s military deployment in southern Lebanon, Israel lost a total of just twenty-one people—all soldiers—resulting in fewer casualties than the number of civilians killed in many single Palestinian terror attacks.

Control of territory is an essential advantage in fighting terror. It is the key to gathering intelligence. Without control, it is exponentially more difficult to recruit agents and sources, to monitor suspects and terror sites, to question and arrest terror suspects, and to take the many measures by which counterterrorist experts learn the terrorists’ modus operandi and prevent terrorists from getting close to their target. A military force without control of the territory from which terrorism emanates cannot destroy the infrastructure of terrorism (such as laboratories, training centers, and safe houses). Without territorial control, counterterrorism operations become risky, both in terms of physical danger and political cost.

Without being invested in the consequences of security failures, no party outside of Israel is going to care. Every time Israel has withdrawn from territory over the past twenty years it has been followed by a growing terror threat. The withdrawal from the most populated areas of the West Bank was followed by a wave of terror in 1996 and the “second intifada” beginning in 2000. The withdrawal from Lebanon was followed by the war with Hezbollah in 2006. The “disengagement” from Gaza has now been followed by three wars with Hamas.

We don’t know what the flight of the Syrian peacekeepers means for the future; but past experience tells us that Israel cannot rely on anyone else for its own security.

So the UN soldiers are leaving because it’s becoming too dangerous for them. Maybe they should go to “fight” the Ebola virus, since it can’t shoot back.

“…past experience tells us that Israel cannot rely on anyone else for its own security.”

The same applies to all nations and even individuals.

We cannot “war” on ISIS via proxies, IMNHO. We can try. In the end, we can only rely on our own troops, perhaps helped by others.

Wall, meet head. How many times have we seen this? I cannot get past the stupidity of the U.S. supporting the UN or ever relying on “UN peacekeepers” to do anything but turn tail and run. They are useless. In fact, they’re a security burden. I wouldn’t leave them to take care of my dogs.

They have a distinguished history as child rapists and disease vectors.

Credit where credit is due…

All of the above is true enough, but I notice that when the going gets tough they ignore all that UN hatred of Israel and skedaddle there as quick as they can.
So there is some intelligence involved.

Nowhere on the UNDOF map does the name ‘Israel’ appear. It’s almost as if the oh-so-impartial and evenhanded UN is kow-towing to murderous Arab savages.

UNDOF – why does “tits on a bull” come to mind?

“The serial failures of the UN to protect Israel…”! One day soon, Israel will be protecting us all. I’m in favor of sending our UN dues to Israel.

i would pay good money to see ISIS/ISIL attack the IDF.

the vultures and other scavengers would feast for weeks on their carcasses.

If a Israel does not want the UN Forces in NoMansLand then they had 40 years to say No .

It has been a success for there has been no attacks from the Golan Heights with Assad Snr & Jnr In power in Syria .

Fiji sent their troops to preserve this zone but nevertheless David attacked them as if they were UN vermin. They did pretty well for 18 months . They too are under ROEs whereas the Islamists are not .

The question remains – who & what does Israel want in Syria? ( given that they have supported Islamist . Seems to me they got the Golan neighbours they supported. Stop complaining Israel .

The UN has an interest to stand with Israel.

Syria is so dangerous that the peacekeepers fled into Israel. Which means Israel is so secure they felt they would be safer there. If Hamas controlled all of Israel as the UN wished they did, would the peacekeepers feel the same way?