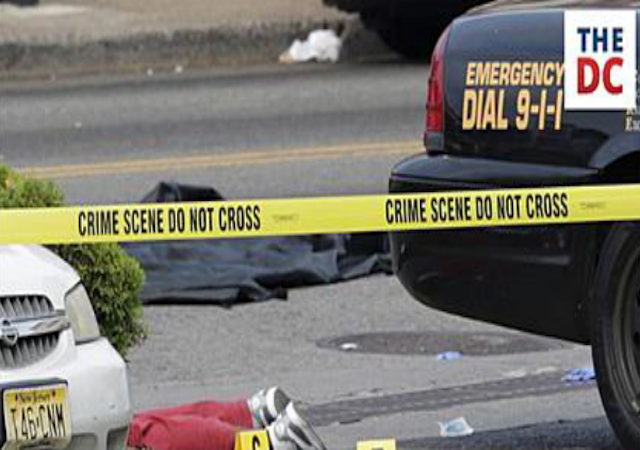 Yesterday I wrote of yet another vicious deadly-force gang attack: “Caught on video: Another black-on-white racially motivated gang attack.”

In that post, I cautioned that gang attacks of this kind were likely to end very badly for the attackers once they stumbled upon a victim who was lawfully armed and prepared to defend himself.

It wasn’t long before I received an example of this type of attack happening in Milwaukee, four days prior to the September 7 attack described in yesterday’s post.

As reported by the Daily Caller (video embedded below), on September 3 a gang of teens attempted to rob a group of people in Milwaukee. According to police spokesman Lt. Mark Stanmeyer, the gang had been involved in dozens of robberies in prior days,

Unlike the racially-motivated gang attack on the young white couple in Missouri, covered here, resulting in serious injury, or the gang attack on the three white men outside Kroger’s in Memphis, covered here, resulting in all three of the victims being beaten unconscious, the Milwaukee victims were not helpless: one of them was armed with a pistol, and used it to thwart the attack.

The result was the death of one of the teen attackers, who was just 15 years old. He was a “known gang-member,” and already had serious criminal charges for robbery and auto theft filed against him before participating in his final, fatally flawed gang robbery attempt.

Perhaps most remarkably, this thug had already been shot in a robbery attempt as recently as August 1, and was back committing crime barely a month later.

Five other members of the attacking gang have been arrested, ranging in age from 14–14!– to 18 years of age.

Had the 15 year old ‘teen’ injured or harmed anyone else in his previous crime spree?

At least two victims of four (or more) reported victims were black.

About two decades ago, I heard one of the LA gangs used 14 year olds as hit men because they’d be tried as juveniles if they were caught. Child soldiers are common anymore. Tender years don’t mean much of anything when it comes to a violent thug.

Yep, this was common because most of the gangs that did this had chapters in the prisons and youth facilities who would further indoctrinate them into the gang, so when the got out they were ready to rejoin the gang on the streets or they were not deemed worthy of rejoining the gang and were “dealt with” in differing ways.

Rags…Here in Florida we law abiders can and are encouraged to carry loaded pistols within close reach in our cars. Even more sane is the all but open encouragement by authorities to defend our properties from breakin slime the old fashioned way: Shoot’um on the porch. Baa-Daa-Bing.

Don’t worry though, MSNBC will try to make something of this too. They have to.

I love a happy ending.

So as far as I am concerned the 15 year old’s parents should be on trial for Manslaughter.

I really thought about this until I realized that some of these kids are raised by their grandmothers… probably a decent elderly person just trying to get by and help out. Perhaps it is part of the problem.

Yea, I didn’t really elaborate on that but I really meant immediate parents who combined egg and sperm and made child.

I am sure the grandparents are loving and attentive, but in our state (TN) they are paid by the state to raise their own grandchildren as though they are foster children. It pays far more than normal Federal hand-outs here.

Lord, what could go wrong with a system like this.
Let me think…

Is there a realistic (not just theoretical) chance that the accomplices will face that or similar charge?

See sensible statues like that give me a warm fuzzy feeling, not nearly as nice a feeling as when they are actually used, but just to know they are there. Now if we could only apply them to the egg and sperm donor for this child (I use those terms because they don’t deserve the title parent).

If for some reason the individual who engaged in the self defense is charged with a crime, theoretically he might be able to seek compensation from the “parents” of the gang member shot. It depends on the statutes in Wisconsin that address a parent’s liability for restitution for a minor who engages in criminal activity which results in pecuniary loss.

Now, the likelihood is that the self-defense individual is going to get a piece of paper not suitable for framing (also called a judgment against a judgment-proof debtor). The other side of that is that maybe jr-thug had been adopted by grandparents or somebody who did have some assets, who has a legal responsibility for jr-thug. Then maybe there is a shot at recovery.

“He was a known gang-member….” Why haven’t the police named the gang? They all have names don’t they?

It’s common not to do this, because in that weird, perverted way that makes no sense to you and I, stating his affiliation actually gives the gang credibility. So called “street cred”. One of their loyal “soldiers” would be acknowledged publicly. Sick, but real.

And when does the looting start in Milwaukee?

Neither the the shooter’s nor the dead robber’s race is specified, so I assume they’re the same. If the shooter were white and the dead robber black, that would have been the most prominent fact in the article.

I don’t think that a good assumption. In this instance, I think the police actually learned something from Ferguson, and simply didn’t release the race of the shooter and no one has found out yet.

“God made all men the same. Sam Colt made them equal. John Moses Browning made some of them much better.” – Ted Nugent

I am not a real reader of The Daily Caller and not sure what their usual stance may be, but what in the world did the pictures of people with rifles and a shot up police car have to do with the story, they obviously weren’t from the scene of the shooting. I can understand the shot of pistols lined up for sale, but showing what appears to be an open carry rally doesn’t really fit, nor does the police car with multiple bullet holes in the window. This is apparently a pretty clear cut case of self defense.

It’s unfortunate that only one of the many was taken out.

The name, Kroger, seems to be cropping up more frequently since Shannon Watts (Bloomberg in drag) started extorting the chain into declaring themselves a gun free zone. Nah, I’m just being overly sensitive.

The shooter took his Boy Scout motto seriously.
Reminder: Do not carry some of the time. Carry always.

Thugs gotta start early if they’re gonna get to the top.

Course the top is either prison or the grave.

slightly OT but fwiw witnesses at krogers saying white and black people were attacking and there were white and black victims.
take that with grain of salt though as theres not lot of info out there about this.

I hear that, but don’t see much evidence of it.

In any case, I’m a pragmatic guy. I don’t really much care if the raging mob consists of white, black, or green people, nor if it’s democratically choosing it’s beat-down victims on a randomly selected basis from white, black or green targets.

I don’t want me or my wife or children to be beaten unconscious or killed by a mob of ANYBODY.

I suppose if there are enough of them with sufficient drive, there’s not much I can do about it, in the end.

But it will be loud.

And if its at night there will be bright flashes.

I am here in Memphis Andrew, and eye witness accounts claim the only black youth injured was the Kroger employee trying to help the original white victim.

What is wrong with Eric Holder’s “people?”

That’s quite a trip down the moun-tain from Possum Hollar, huh?

Actually Possum Hollar is a little further east I think, I would bet it s Rooster Poot instead, lol. 🙂

GAWD, this put a huge smile on my afternoon!! Baa-Daa-Bing.

Feel good story of the day.

Racism kills another good little child. Now the ACLU, Holder and J Jackson can prosecute the person who murdered this child who looks like Tyrant Obama the Liar’s son.

Oops! It should read persecute not prosecute.

see above on civil suit of jr-thug’s parent/guardian for restitution of defense costs if self-defender should be charged, as jr-thug was in the process of committing a criminal act.

Look out. The Revs Jackson and Sharpton are going raise Cain about the white civilians shooting an innocent black teen. It doesn’t matter if he has known criminal record, just as long as they get their shakedown money.

The first responder was the intended victim.