Scottish Independence: What are they thinking?

Scottish Independence: What are they thinking?

A roundup of international opinion — including North Korea! — ahead of the September 18 Independence Referendum 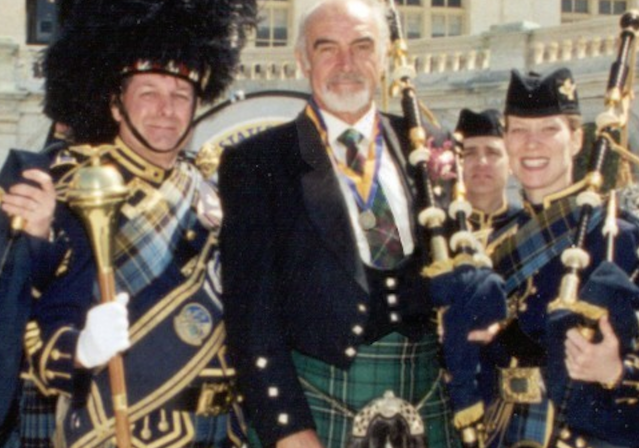 On September 18, the Scots will vote on a referendum that could end their 300 year old (approximately) tie to England, well sort of. In the event Scotland goes independent, they’ll still consider the Queen head of state, much like the Australians and other former colonies. But what might an independent Scotland look like?

Peter Oborne at the Telegraph imagines the immediate political challenges:

There will be agitation to extend the term of the current parliament to March 24 2016, the date at which Scotland would become fully independent. This manoeuvre has been floated in order to solve the problem of Scottish MPs returning to Parliament after next year’s general election, only to find that their seats at Westminster will cease to exist the following year.

But the general election is unlikely to be delayed – British democracy does not allow governments to extend beyond their natural terms, except during wartime. Another possibility is more plausible: an early general election. David Cameron is adamant that he will stay on as Prime Minister even if the worst happens next Thursday, an erroneous opinion which has been endorsed by Ed Miliband.

If everything goes wrong next week, Mr Cameron will have mislaid Scotland, not a group of largely uninhabited islands in the South Atlantic. I am certain the Prime Minister, an honourable man, will resign at once. If he does not do so, very little time will elapse before he will face a motion of no confidence on the floor of the House. The Conservative Party may then be plunged into a leadership contest. To avoid this kind of chaos, some Tory MPs are now talking of a caretaker – almost certainly William Hague – taking over as Tory leader (and prime minister) for the last few months before next year’s election.

Ed Miliband may also find survival difficult, because the Labour Party must surely bear the bulk of the blame for the loss of Scotland, where the party has traditionally been so strong. And amid all the chaos and recrimination, politicians will be obliged to make a series of administrative decisions of exceptional complexity and sensitivity.

All of these issues will have to be dealt with by a set of politicians reeling with shock at the collapse of many of the landmarks that have given meaning to their lives. The BBC will have to find another set of initials. Sir John Major noted yesterday, during a particularly depressing appearance on the Today programme, that our seat on the UN Security Council will go, and hinted that Wales could be next to secede.

All about the Benjamins

The banking system might pose a challenge as well. According to The Independent, many banks are suggesting withdrawal from Scotland in the event the referendum passes:

Lloyds Banking Group, which includes Halifax and Bank of Scotland, said it had plans to set up “new legal entities” in England if Scotland votes for independence in next week’s referendum.

A statement from the bank, which has been based in Scotland since 1727, said that in the event of a ‘Yes’ vote, “it would be necessary to re-domicile the Bank’s holding company and its primary rated operating entity to England.”

It added that the decision would have no impact on everyday banking services, and intends to continue to employ a significant level of its operations and employment in Scotland.

But what does North Korea think?

Kim Jong-un is, “feeling positive” about Scottish independence. Evidently, he’s hoping an independent Scotland would be willing to open up a trade relationship. No response from the Scots on this one though.

The referendum has Big Oil a wee bit nervous

According to the Houston Chronicle, Texas might be on the receiving end of negative backlash if Scotland goes rogue. Not to say that a new Scottish parliament wouldn’t be able to keep the same tax structure in place, but the prospect has producers in Texas nervous:

The chief executives of Europe’s two biggest oil companies urged Scotland to keep the United Kingdom in one piece or risk losing the tax structure that keeps oil operations running profitably in the prolific North Sea.

Oil exploration in the choppy waters between the U.K. and Norway has become a central issue in an international debate over whether Scotland can stand on its own if it breaks its more than 300-year-old link with Great Britain in a vote Sept. 18. Polls show the effort to secede is building steam.

On Wednesday, Royal Dutch Shell and BP joined the fray in which industry experts and political activists have conjured competing pessimistic and rosy forecasts for how much oil remains in the North Sea – a number that could figure prominently in the Scottish vote.

BP and Shell both have scaled back or reorganized in the face of rising global costs, and further disruption associated with a Scottish independence vote could resonate in Houston and Texas, where Shell and BP employ tens of thousands of workers and contractors.

But what do the celebrities think?

Now to what really matters — the celebrity vote. James McAvoy wants you to know that there’s no turning back if the Yes votes prevail:

James McAvoy has reiterated that whatever the outcome of the Scottish independence referendum, the consequences will be permanent – so voters should think carefully.However, the actor declined to comment on his own persuasion on the issue for “career preservation”. “This is the first time in years a developed country has talked about splitting up and it’s a massive thing,” he said.

“If you vote for a president or a prime minister based on political or economic issues and they don’t deliver, that’s not so bad – you can protest four years down the line and vote them out. If you vote for continued unification or independence there is no protest vote – that’s it. And that could be it for decades, for centuries. There’s no going back from it.”

He added that his decision was a “matter of the heart and a matter of personal identity and national identity”, rather than based on economic reasons.

I’m glad that somebody finally mentioned “oil”. This entire independence effort may well be all about the oil which lies in and around the Shetland Islands. See: Vikings go own way in independence vote

A “yes” vote for independence on Sept. 18 would trigger complex negotiations between Edinburgh and London over Scotland’s share of Britain’s offshore oil and gas — and of its trillion-pound national debt. A “no” vote is likely to lead to talks about giving Scotland more power of its economy and resources — especially its energy reserves.

Authorities in Shetland, which enjoys many local government powers such as raising taxes and running schools, see the referendum as a chance to drive a hard bargain — something at which they have considerable experience.

For centuries, Shetland was a poor place, ignored by governments far to the south and reliant on the unpredictable fishery industry and on making knitwear from sturdy local sheep. But the islands have prospered since large reserves of oil were discovered offshore in the 1960s. Construction of Sullom Voe, one of Europe’s largest oil and gas terminals, brought jobs and new migrants who reversed decades of population decline.

Amid the rush of discovery, Shetland negotiated a generous compensation agreement with eager oil companies — creating an oil fund that has helped give the island chain well-paved roads, plentiful swimming pools and well-equipped community centers.

These days, oil production is dwindling, but French energy company Total is building a new natural gas plant on the islands.

The misinformation being spewed by Unionists and media (even the BBC who edited video ala NBC to pretend deceive viewers) tells you that they can’t win the truth. Scotland still collects taxes on ECONOMIC ACTIVITY done within it’s sovereign borders whether RBS, Lloyds or anyone else moves. (By the way – most of the HQ’s are already in London).

Scotland no longer has to pay for Britain’s insane welfare programs (both corporate and civilian) and can take control over offshore leases that were sweetheart deals to contributors by the British government tyrants. FREEDOM!!!

Complaining about the English

Leaving Scotland to move to England.

Believe me, even if they achieve complete independence from the UK, they will STILL compalain about the English.

Think of them as proto-Canadians, where England is America.

Once the “British” parliament no longer has Scottish MPs there will NEVER be another “British” socialist government to rule England.

And that’s a fact.

Maybe so.
But once they unload the Bureaucracy of a distant King… ( so to speak )
Things may change quickly.
The worries of the monetary system can be laughed off.
They are free to adopt the gold standard or print their own. If they adopt the Euro… it is all over.
If they break free, I will speculate on them.

I don’t know, nut it seems to me with their own regional Government, they may well make a turn to the right instead of living under their Socialistic system.
A small country like that free of all outside influence may well begin to see that a free man in a free country is limited only by his own ambitions.

There are over 100 nations in the Commonwealth. They have all chosen how they keep ties to England & what they have kept , adapted & tossed out .

Why not Scotland ? Btw its economic output compares favourably to similar sized nations & US states .

I have only read the conservative English papers & it has been hilarious . I have not seen the Enlglish so unhinged . Super entertaining .

I am sure Scotland will continue to exist a decade after their exit. There is no reason for Scotland to be part of England anymore. If it takes its subkingdoms to leave to establish some level of federalism over there, so be it. The UK needs to change and its about time someone did something dramatic to point out its structural problems.

Hey, this is just Scotland. America elected a traitor, who has set in motion the events for World War III. Scotland may become independent, but it – and many other parts of the world — may not exist for long.

So they of course should leave all the decisions to the much better informed, and wiser Great Britain.
Oh sure. Now that is pure common sense.
We don’t trust our Federal Government as far as we could throw them anymore. Is it a wonder.