Paying ransom: the families versus the government

Paying ransom: the families versus the government

The differences may be irreconcilable 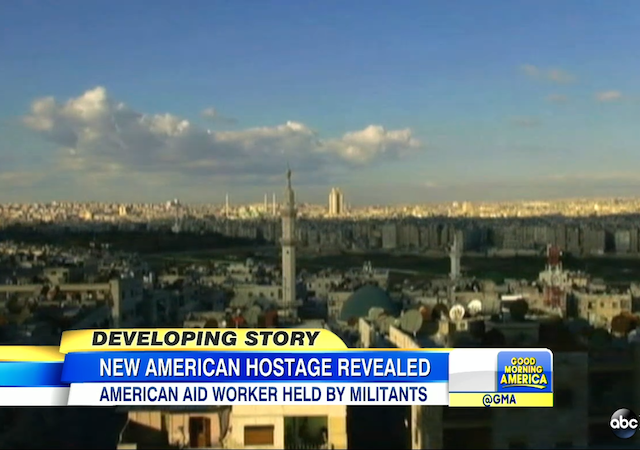 The families of James Foley and Steven Sotloff have complained that the Obama administration threatened to prosecute them if they tried to ransom their loved ones. It is completely understandable why the families would be upset about this: how could any family fail to do anything possible to save their loved ones from such a horrific fate? And how could any family not be horrified that their own government might try to stop them?

I don’t think there’s anyone who could fail to sympathize. But that doesn’t mean the government isn’t rightr.

Therein lies the terrible ethical, emotional, and practical dilemma. By paying ransoms, the behavior of the terrorists is rewarded, more kidnappings of Americans occur, and our enemies grow richer. Plus, there is no guarantee that a group such as ISIS is actually serious about such negotiations.

Every now and then the Obama administration gets it right, and this is one of those times. However, Obama’s staff being who they are, they were probably especially cold and insensitive in communicating with the families. That being said, it’s not clear that under the circumstances there would have been any acceptable way to say “no,” or that any approach short of complete cooperation would not raise the families’ ire and frustration.

Even before the families spoke out in this way, I came to the very reluctant conclusion that the only way to deal with these kidnappings is to never pay a ransom, and to strongly discourage private sources from doing so, as well.

That’s heartbreaking, and it feels wrong. But anything one can do in such a situation, short of a successful rescue operation, feels wrong. The Obama administration’s policy on this was almost certainly conveyed to the families in too unfeeling a manner, but it represents the stance of previous administrations as well as current.

You can’t pin this one on Obama, although you can certainly criticize him—and harshly—for dragging his feet on a rescue mission (if that report is true.)

The deep sympathy most of us have for the inexpressible anguish of the Foley and Sotloff families does not change the fact that the problem is inherent in the terrible situation itself. The perspectives of the families and the government are going to be different, and there’s no way to change that except by a solution that gives both parties what they want: a successful rescue operation. Sadly, that did not happen for either James Foley or Steven Sotloff.

You beat me to it by about 8 hours.

Millions for defense but not one cent for tribute

In countries where ransoms are paid, criminals engage in kidnapping for profit. It becomes a cottage industry. Of course, rumor has it that this administration was willing to ransom Bergdahl, apparently for the opportunity of a photo-op with his parents.

That rumor must have been very encouraging to the sociopaths in ISIS.

if I MYSELF want to pay for the release of my family member nobody should have the power to imprison me for doing so.

Agreed, and private parties pay ransoms on a regular basis. It’s commonplace for businesses to purchase ransom insurance on their executives living and traveling in Mexico, for example.

I’m going to have to side with the family on this one. If a family member is in the military, then capture is an assumed risk, and the needs of the nation supersede the individual’s. However, in the case of non-military citizens, there is no implied or inherent agreement to that effect. The family should be free to do everything within their power to free their loved one.

complained that the Obama administration threatened to prosecute them

Ummm, for what? Any mention of what the actual charge might be?

I think it would have been a charge of funding terrorism.

I was going to ask the same question. I understand that the US government has a policy of not negotiating with or paying ransoms to terrorists but is there a statue that restricts citizens from paying a ransom?

Giving money to a terrorist group would be a crime, but it is hard to say where buying the life of your child from them fits in.

Yeah. The government got it so right both men are dead. Do you even have a heart?

I agree that the government shouldn’t be giving money or leaders to barbarians, no matter the price.

However, what astonishes me again and again is the lack of professionalism.

When BO commented that there was no strategy, it reflected his lack of work experience because anyone who has worked knows how to make a statement like that which is not so grossly flat-footed… or if one misspeaks, one immediately clarifies because one has experience to understand the ramifications of such a statement.

In this case, there was no need for some National Security staff member to even mention prosecution. The choice of whether to prosecute or not simply does not lie within their lane. To threaten shows such an extreme lack of sensitivity that it reminds one of a bumbling first year employee bitterly clinging to a rule book without common sense.

Are you suggesting that a few years as a community agitator does not provide a person with adequate experience to be POTUS?

Careful now, that might be…. wait for it….. RAAAACCCIIIISTT!

These people put themselves in harm’s way. Becoming a hostage is an obvious likelihood if you are a lone westerner in that part of the world. They should have considered those other lives they might put at risk in the event of a rescue attempt. They should also have considered the lesser problems of impoverishment, legal issues, and anguish their actions would create for their own families.

If you are not part of a large, well-equipped and well-armed force intent on killing every one of these savages, stay the hell out of the area!

Why would any family put the life of their loved one in the hands of the same administration that refused any rescue attempt and left an ambassador and other US Citizens to die in Benghazi?

Let the government posture through official channels and allow the families to pursue other options.

For a case study in why not to pay kidnappers just look at the growth industry that is Somali piracy over the last decade. It all started with some fishermen hijacking a small freighter for it’s merchandise and then had the bright idea to contact the ship’s owners and ransom the ship back. The owners paid and the rest is as they say, history.

Thousands of ships have been taken and billions in payments extracted. That money has funded better boats, better weapons and greedier, more aggressive pirates. Initially their range was limited to dozens of miles from the coast of Somalia but now they reach all over the Indian ocean, a thousand plus miles from Somalia.

If we go ahead and start allowing payments to be made to Isis then we will uncork a bottle that has been kept corked for the last several decades. Americans are safe around the world precisely because kidnappers clearly understand the US Gov’t will prevent any ransom payments and thus there is no financial gain to be made. If we allow payments to be made in any ransom situation we will be signalling to the world that it is open season to kidnap Americans for profit.

The government could provide the families with a list of countries supportive of the terrorists, and permit them to target any one of their diplomats for retribution-in-kind for whatever happens to the hostage. I’m sure there’d be a few people willing to take on the job for them.

In order for that to be a legal reprisal under the laws of war, it would be necessary to declare war on those countries, or be able to prove that those governments used their own troops to attack us. Failing that your suggestion would make the person(s) caring it out subject to a charge of Murder One.

If we can get such a declaration, I am willing to work for transportation and documented expenses.

Is there a statute that restricts citizens from paying a ransom to terrorists?

iirc under the unPatriot Act giving any means of support (money.suppllies.etc) is felony offense. there is no carve out for situations like these.
been years since I looked at that though so I may be wrong. IOW double check me.

I think paying ransom is a bad policy, but then I don’t have a family member held captive by these scum. But if a family with the resources did pay a ransom, does federal law recognize a “choice of evils” defense?

I am sure if Barak Obama or a member of his family was being held hostage they would pay the ransom regardless of not negotiating with terrorist policies. When its their loved ones about to die, they suddenly see the value of negotiations.