Anne Bayefsky makes the case against the United Nations 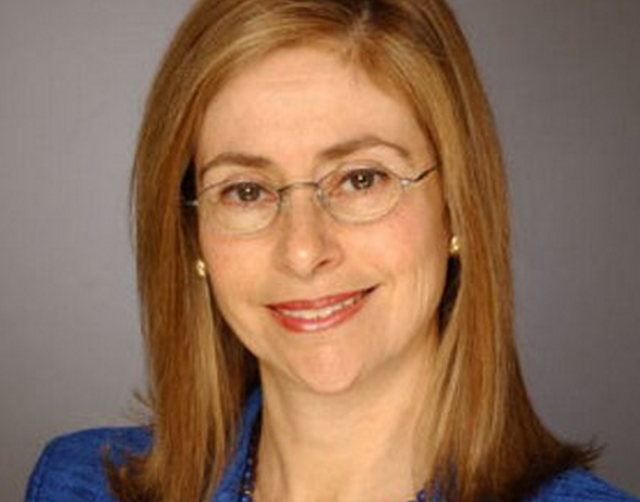 Yesterday leading human rights expert Anne Bayefsky made the case (video embedded below) that the United Nations (UN) is the “leading global purveyor of anti-Semitism.”

Although her speech was given on UN property it was not sponsored by the UN as The Times of Israel reports:

On the third floor of the United Nations, just two doors down from the Security Council, more than 500 people gathered this week for a conference on the rise of anti-Semitism. For some, the location was a touch ironic.

Because it wasn’t the UN that decided to address the threat global anti-Semitism posed to international peace and security. Rather, it was the UN Permanent Mission of Palau and the Aja Eze Foundation that sponsored the lunchtime conference.

“Photo-ops of the U.N. secretary-general and the U.N. high commissioner for human rights at the gates of Auschwitz are not an alibi,” she said, dubbing these worthless public relations moves.

“One does not honor the memory of Jews murdered by intolerance six decades ago by inciting murderous intolerance towards the remnant of the Jewish people in the here and now,” Bayefsky said. “Incitement to hate, like declaring Israel to be racist—as does the U.N. Durban Declaration—the flagship of the U.N.’s racist anti-racism program of action.”

Ironically the UN doesn’t see fit to address the threat of global anti-Semitism just after a report showed that one percent of French Jews are likely to make aliyah – move to Israel – in 2014.

ALMOST every dollar we spend on the UN is a dollar spent AGAINST American interests.

For a long time, I’ve had this crazy idea:

A lot of spies and terrorists would have to look elsewhere for cover.

A lot of spies and terrorists will be out of a job because without the US $, they will not get paid by various UN operations any longer.

The UN is the world’s most prominent terrorist state.

In truth it is properly representing the world. The world, as a whole is tinfoil-hat. Although we no longer have the KGB to invent rumors, people in most of the world continue to believe all sorts of things that, as Reagan liked to quote, “ain’t so”. The think there was a massacre at Jenin, for example. The partially successful massacre of Hebron’s Jewish population by its Arab population in1929 – way before there was a state – that they never heard of.

More important is the diplomatic recognition – the UN exists to give cushy jobs in New York to well-connected residents of dinky countries. Let’s see how they like Geneva.

We need, first of all, to get rid of UNWRA. The next pro-American president needs to make the UN some offers it can’t refuse.

That’s their motto isn’t it?