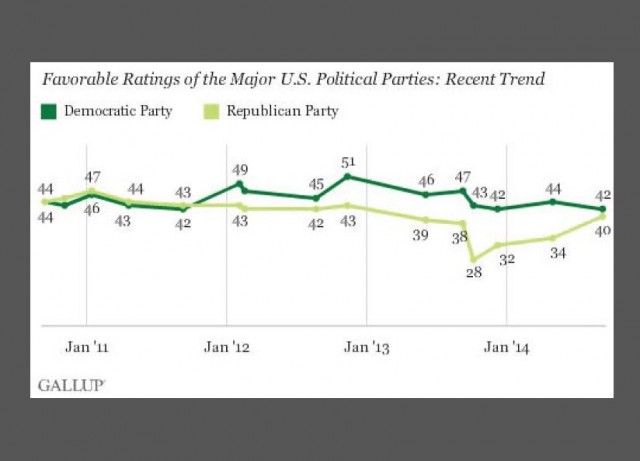 Republicans have closed the gap in how much people dislike them, according to Gallup:

Americans’ views of the Democratic and Republican parties are now similar, mainly because of their more positive ratings of the GOP. Since bottoming out at 28% last fall during the government shutdown, Americans’ opinions of the Republican Party have grown more positive and are nearly back to pre-shutdown levels. Over the same time period, ratings of the Democratic Party have generally held steady.

The increase in favorable ratings is across the partisan board:

Along with positive polling in Wisconsin and elsewhere, perhaps this is a good sign for November.