No, Democrats’ electoral problem is Barack Obama, not Alton Nolen. 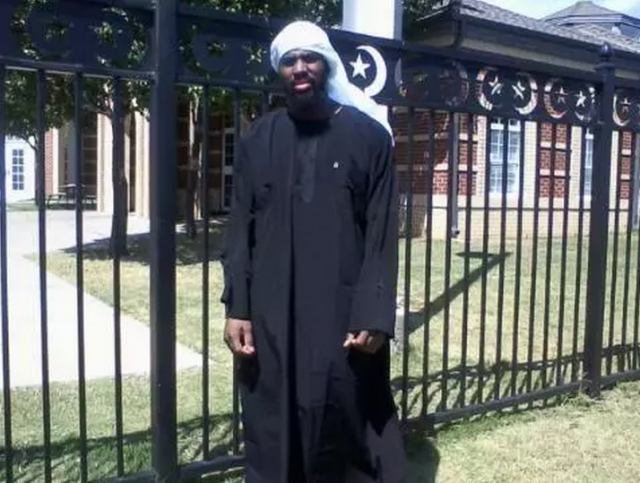 Someone who will be mortified that I am citing him asks this question:

DID ALTON NOLEN JUST WIN THE SENATE FOR THE GOP?

Good question, though I don’t think the answer is correct:

…. So if what we’re reading is accurate, I’d say the narrative is this: man with a rap sheet converts to Islam in prison — where Islamic identity is, to some extent, like gang membership (as is white supremacism). He’s not the most stable person and Internet calls to violence speak to him. But it’s hard to know whether something else would have made him snap sooner or later….

However, the right is going to tell us between now and November that eight-year-old Central Americans surrendering to the Border Patrol equal a beheading by a guy born in Oklahoma who never got closer to a Middle Eastern battlefield than a high-speed Internet connection could take him — and America, I fear, will believe them. Will the GOP win all the close Senate races as a result? If so, I won’t be surprised.

I don’t think the Oklahoma beheading in itself will have any impact on the elections. With multiple ISIS beheadings of Americans all over the news, and with tales of ethnic and religious cleansing, torture and rape on a massive scale common knowledge, the beheading factor already is baked into the electoral cake.

Obama’s policy towards radical Islam and foreign policy generally has failed. The Middle East is as big a mess as it has been in several decades, maybe ever.

Our President just went to the U.N. and equated a disputed shooting in Ferguson, MO, with ISIS mass terror.  That’s the problem.

The problem is not the Oklahoma beheading, it’s an out of touch President, a polarizing Attorney General who finally is resigning, and an administration which picks and chooses its outrage in divisive ways:

That’s why Democrats in close races are afraid to be seen with Obama, and run for cover at the sound of his name.

Joni Ernst and other Republicans have made great progress against Democrats for reasons having nothing to do with the Oklahoma beheading.

It is too convenient and too typical for Democrats to try to turn a potential election loss into an act of alleged bigotry. We have been seeing that sad routine since the day Obama was elected, where every policy difference gives rise to a false accusation of racism.

It is unclear at this moment whether Republicans will retake the Senate, although the prospects are looking better.

A Republican victory in November will be a reaction to Barack Obama, not Alton Nolen. Deal with it.

I see, the left is already bracing themselves for a loss of the Senate in November, and the narrative will be “….because RACISM!” Of course!

Exactly. Even the blog post linked above carries the basic undertones of it: dumb Americans will vote republican due to an irrational fear of ‘brown people.’ But it ain’t just be their excuse for losing. It’s the hand wave they’ll use for 8 years of failed foreign policy and as a bonus accuse their opponents of racism at the same time.

No, what the right is going to say is that this administration has behaved in ways that are both unintelligent and corrupt on an astonishing array of issues, and that it is a product of the existing Democratic party itself, which needs refreshing.

Maybe not Nolen, but Obama’s sons in St. Louis just might help turn the Senate. We’ll see if Dear Leader asks them to stop shooting cops. If he does, then we’ll know it’s hurting the midterms.

The “workplace beheading” dominated no news cycles. It barely registered with most voters. Those who are interested in this kind of information know about it, but for most Americans jihad is background noise.

No gun was used. No white guy with a gun (NRA? Tea Party?), no interest from the national media, despite the horror of the crime. If Fox News covers it, well, it’s because they’re all a bunch of raysis.

If this incident is of benefit to any politician it might be for Oklahoma State Rep. John Bennett who has gained notoriety in recent weeks for being critical of Islam and not backing down when the usual suspects cried foul. He could definitely use this as vindication if he’s so inclined.

The shooting of a teenage thug in St Louis County, which may have been a righteous shoot by a LEO who had been attacked by that thug – we still don’t have the full facts – is somehow akin to a bunch of Islamic Supremacist butchers beheading innocents in Iraq and Syria? What in the world has he been smoking, shooting-up, or snorting? Or is it just another piece of his plan to “fundamentally transform” a once great country?

It has to be one or the other. Even HE isn’t stupid enough to believe that BS!

I think that the bigger reaction will be to the knee jerk rejection by the authorities to even considering the possible connection of these crimes and Islam.

History tells us the beheading will be determined to be a case of workplace violence, not terrorism.

I live in OKC but I am currently traveling so it’s been interesting to check in with friends vs reading what’s available on the local news.

Checking back with the local OKC websites plenty of info.
Checking in with cable news – Fox has the most, the others, not so much
Talking with people here in the midwest – no one is aware of what happened.

I just checked the people in the bar with me – most didn’t know and the one, who had heard about it, did not have all of the correct info. His impression was that people in OK just shoot people up. And I did get the questions if I had been in a tornado.

My impression is that in Oklahoma, the Rs who would have won, will still win. Heck, we are a red state. It will depend on how much this incident get into the national news as to it impacts how people will think.

While reading the local news, there was a story of another person threatening beheading a co-worker. The threat occurred before this incident, but the person was arrested on Friday.

I am not sure of the follow-up on the story. I’ll try to keep track of the incident.

All I wonder about is whether I need to stay up north checking out the fall colors.

Thanks for the NewsOK link. Just reminds me of one of my favorite questions: What is being preached at your local mosque on Friday night? People who assume that the only source of information for these terrorists is the MSM or the internet are naive. Lots of people are motivated by a good stemwinder.

One event (beheading in OKC) is an outlier. A second beheading (whether by a terrorist or some sicko copycat) will be a trend, or at least perceived by many as a trend, while a third US beheading will start a media panic with politically affective fallout.