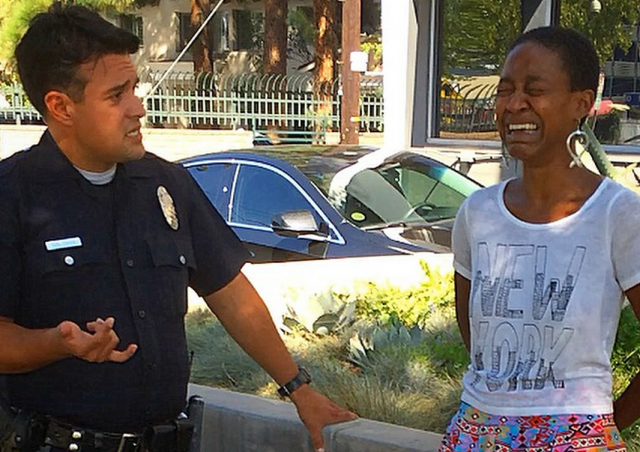 It started out sounding like a classic racial profiling case.

A white man is in a car kissing a black woman. The cops pull up, suspecting it’s a case of prostitution. It wasn’t. Just a husband and wife having a little fun, until the worst stereotypes of black women infected police minds.

The woman was handcuffed, cried. And her wrists were cut by the handcuffs.

The couple claimed the police approached only because they were an interracial couple. And it went viral.

I remember seeing it at Buzzfeed via Twitter, and thinking: Not good.

But then something happened.

Neighbors — the ones who called the police in the first place because of allegedly lewd public exposure — produced photos that appeared to show the couple doing the nasty in the front seat. In broad daylight. While parked in a visible and trafficked area.

TMZ was all over it: 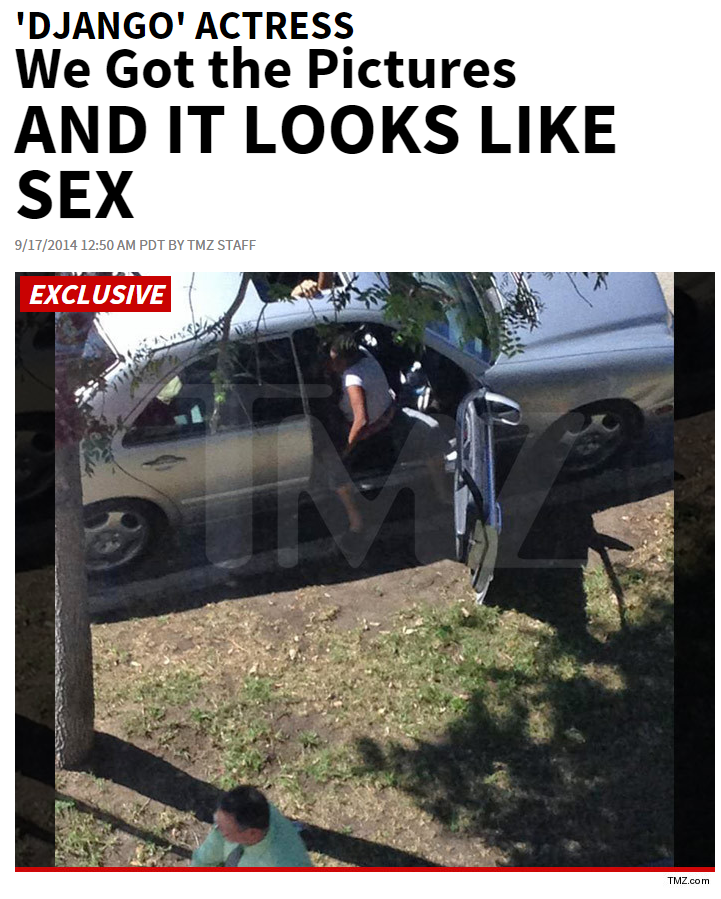 Now local civil rights leaders are demanding an apology from Watts for playing the race card:

Civil rights leaders previously called the incident a blatant act of racial profiling before the audio recording and several photos were released.

“We have nothing to be embarrassed about. She should be embarrassed. She’s the one that told the lie. She came and stated she’s a victim of racial profiling. We found out later on based on new information that she wasn’t,” activist Najee Ali said. “We didn’t make a rush to judgment. We can to aid a victim who we thought was victimized. For us, she’s wrong. That’s why we’re demanding Daniele Watts apologize not to LAPD but to our community.”

We’ll never know what was in the cops’ hearts and minds. But the neighbors’ photos seem to indicate this wasn’t a case of cops just picking on or stereotyping an interracial couple.

“We have nothing to be embarrassed about”.

Well, yes. You do have something to be embarrassed about. You jumped the gun just as soon as Watts played the race card.

But having said that, I am impressed that you reversed course and demanded an apology from the liar.

Watts needs to apologize to Lucy, that’s the worst Lucy impression I’ve ever seen.
Anyone that thought she was really crying probably thinks Eddie Murphy should have gotten an Oscar for Pluto Nash.

I’m confused. Haven’t been following this. Was the boyfriend also arrested?

Nobody was arrested. She was detained when she decided to walk away when being questioned concerning a report of a criminal act. Boyfriend presented his ID and cooperated, she copped an attitude.

Isn’t lewd public behavior illegal? I recall an article about NYC looking to raise the penalty from six months to a year.

Note they are expressly NOT apologizing to the victim – that is, the cop.

BTW, I saw the end to that movie and it reminded me of something out of Loony Tunes or the Animaniacs.

“We didn’t make a rush to judgment.” — Really? Who was doing the racial profiling here?

Kudos to the civil rights groups for acknowledging they jumped the shark and now want her to apologize.

But the best part to me is when Watts defiantly asserts to the investigating policeman, “I know my rights! I played a cop on TV!”.

“Officer, my husband was not loaded.”

I know my rights!
I played a cop on TV!

Makes you think, too.
Makes you think about all those Hollywood social justice and climate change “activists”.
Where and how do they become “experts”?
By playing a character?