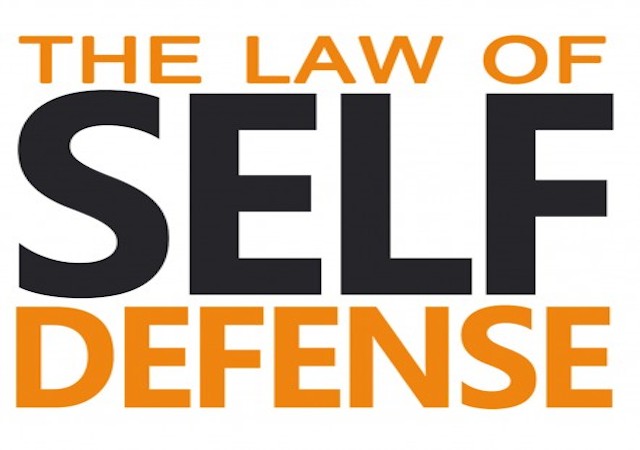 I was interviewed by Chris Samples of KXDJ radio, way WAY up in the Texas panhandle, on the subject of (naturally) self-defense law.  This radio interview was triggered by the recent scheduling of a Law of Self Defense Seminar up in the Amarillo area of the Lone Star State.

I don’t have the entire interview recorded, but KXDJ was kind enough to send me a couple of brief portions, and Professor Jacobson has been kind enough to let me share them with you.

Because these two clips are somewhat removed from the broader context of the interview as a whole (in particular, they each start off with my reply to a question you can’t hear), I’ll try to set them up a bit.

Here my interviewer Chris asks what kinds of legal issues people should expect if they find themselves in a position where they’ve had to draw a gun in self-defense. I respond by talking about the importance of avoiding conflict in the first place, the competing narratives of guilt and innocence which are the sole basis on which the jury arrives at their verdict, and the importance of adopting self-defense strategies that bias those narratives in your favor.

Chris follows up by asking how common it is for someone to kill in what they believe to be lawful self-defense, only to find out that their claim of self-defense doesn’t hold up in the legal process.

I note that actual killing in self-defense is relatively rare; where many people get into trouble is that they go to the gun too soon, before the threat has risen to the level of a deadly force threat. A gun used in defense against a non-deadly threat is not lawful self-defense, but for people who have failed to prepare themselves with a non-deadly means of defense that gun on their hip looks very attractive when they become genuinely frightened of non-deadly harm.

Wow, all of that in less than 3 minutes!

Here, Chris had proposed a hypothetical scenario in which an armed citizen observes a robbery taking place in a convenience store, and has to decide whether or not to intervene.

I respond by emphasizing the importance of not forcing yourself to contemplate such decisions for the first time under the stress of the actual moment, but to have brainstormed through such scenarios long before the event ever occurs. I liken this to airplane pilots training themselves for years on how to respond to an engine fire, so that if God forbid they ever have to deal with an actual engine fire they’ve already long since decided exactly how they plan to deal with the emergency.

We also talk a bit about some of the moral and personal issues involved in deciding whether or not to intervene in such a situation.

We also touch upon situations in which the facts are much vaguer, where one doesn’t really know what is going on, and they intervene on mistaken information and find themselves in great legal trouble.

As I mentioned at the top of the post, the radio interview with KXDJ was spurred by the scheduling of a Law of Self Defense Seminar in the Amarillo area on January 31, 2015. Usually LOSD Seminars focus strictly, and in great detail, on the laws of just the state in which the seminar is held. Because of the proximity of Booker to Oklahoma, however, we will also be covering the self-defense law of Oklahoma in the same in-depth detail as we do Texas law.

And, yes, I’ve already heard complaints from folks located in the more populous areas of both Texas and Oklahoma about why the heck I scheduled my seminar way out by Amarillo. The simple answer is that I go where I’m invited. If anybody from Oklahoma City or Dallas or Houston or anyplace else in either of those states would like a seminar, that same weekend would be a great time to pull it together, as I’ll already be in the area (well, closer than Boston, anyway). Anyone interested in learning how to go about getting a LOSD Seminar in their locale can contact me at seminar (at) lawofselfdefense (dot) com.

Folks from anywhere in the US can also always vote for a Law of Self Defense Seminar in their locales. If we get 10 votes from a given area, we’ll move to schedule it.

Awesome Andrew. I really liked how you emphasized the free training aspect of news stories involving guns. I do that all the time, it is awesome.

I first did that when I was preparing to take my force on force training and I ran across one of the scenarios that the company used in the force on force. It really hit home when that scenario came up and I knew exactly what to do, I did it and it turned out so smoothly I was shocked (because the other scenarios I was solving on the fly didn’t go so well)

The funniest thing is that my first real life news story that I worked with was the Zimmerman one and because of all of the valuable insight you gave I was able to really hone down many of the lessons that I had learned but hadn’t tied together. I really got that it is better to avoid the fight.