President Obama thinks people are only now waking up to the evil in the world because of the advent of social media. We disagree. 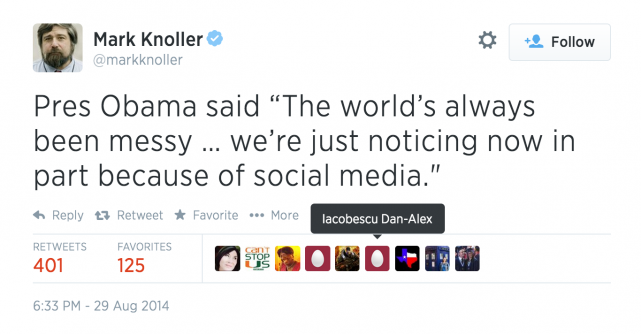 A few days ago, President Obama made what is probably one of his silliest remarks yet when he insinuated we’re only now realizing the world is a “messy” place because of the advent of social media.

Really? No one noticed the underbelly of humanity before Twitter? We beg to differ. 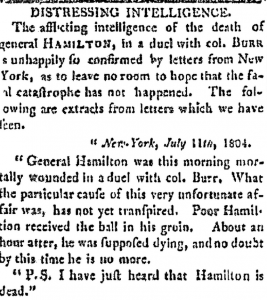 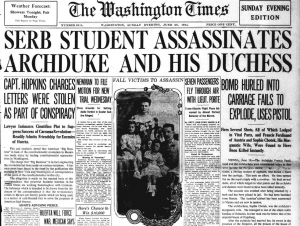 Great Depression? I bet you don’t know what that is because it wasn’t on Facebook. 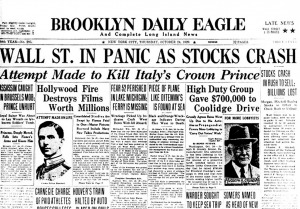 You may have heard of a country called “Germany” and how they tried to take over the world. 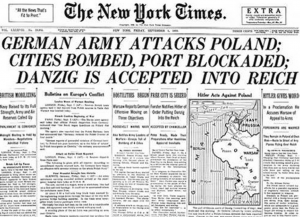 Japan got a little too prissy for their britches once too. 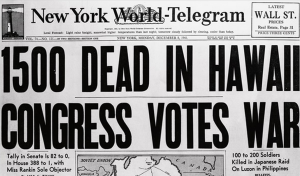 President Reagan was shot, but you probably never heard about that either. 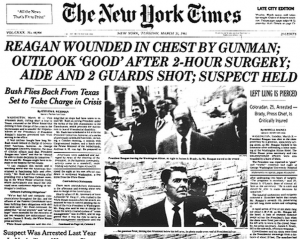 This very sad thing happened in the 80s, too. 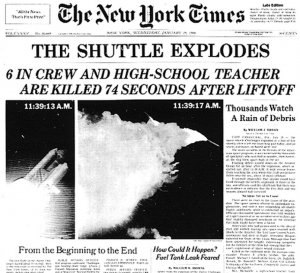 Thank goodness for social media, otherwise, we would never know what evil humanity has to offer. So thanks, Facebook and Twitter, we’d be ignorant without you.

Jeepers, you left out the Kennedy assassination, the killing of M.L. King, and numerous children down wells.

Events so big, you can’t spin their meaning so you’re more comfortable with them. Like Donna Brazile’s “Only hillbillies want a strategy” Life for Donna, then is a lot like sex. Orgasms happen. The consequence of your putting that one foot ahead of the other is only to be discovered after you actually do it.

Also left out numerous World Series, Super Bowls, Wimbledons and Olympics. And the entire space program. And the building of the Panama Canal, Hoover Dam and the original World Trade Center. Lindbergh’s solo flight across the Atlantic, Trieste’s record-breaking dive in the Marianas Trench, Kittinger’s record parachute jump from a balloon.

Somewhere in the world, a village is missing it’s idiot.

That last one brings back memories. I was living in the USA just prior to the space shuttle accident. During that time I clearly remember reading the papers that were full of the search for the teacher to go into space. Krista McCaullife was the teacher who was chosen. It is sad, and I will never forget the hype. I did not need Facebook or Twitter to learn about how they ran a competition to find that teacher.

One of my HS teachers was on the short list he said, so we (like all other schools really) were watching it happen.
mine was the first voice in the class that day.
oh sh*t I yelled.

Obama likes to think the everyone is as ignorant about history as he is.

Obama himself said that everyone around him, including the specialists, is more ignorant on EVERY SUBJECT than he is!

Such a person is unteachable.

Kimberly Kaye misses the point–social media spread news fast with a spin for a target audience. LI is a good example.

No. You miss the point. Pres. ScamWOW is a Collectivist who does foreign policy like a 1960s hippie. IOW, he’s a moron.

Twice as many were killed in the attacks of 9/11/01, yet liberals were wetting themselves excusing Bin Laden, blaming the US.

Three people and hundreds critically wounded and women got crushes and wanted to marry one of the bombers.

Now we have folks running away to join or to marry terrorists. One British rock and roll band-woman can’t wait to perform her first beheading with ISIS.

Looks like 3-4 decades of abortion, graphic games, TV and social media have done some negative things to our humanity.

Look at our leaders on both sides of the aisle… pitiful.

Leviticus 26 is right on, particularly verse 17.

BTW – There have been 23,743 terrorist jihad attacks that took human life – the media, including social media, has quenched that constant stream of atrocity by Islam’s finest, as much as possible for sure.

CLARIFICATION of the clarification – 23,743 terrorist jihad attacks since 9/11/01

That’s a hell of a lot and a lot of hell.

Islam is as Islam does.

How about the Armenian genocide or the holocaust?

Who, in Obama’s mind, are the “we” who are just noticing that the world is a “messy” place? I go back and forth on whether Victor Davis Hanson was right when he said that Obama and his hangers-on just don’t know anything about history, but this is an astonishingly stupid statement.

It’s funny that earlier tonight I was writing about the Berlin Wall and that brief time when we all thought that all this “messy” stuff was inexorably coming to an end (http://janetheactuary.blogspot.com/2014/09/wind-of-change.html ) but most of us have learned a thing or two since then.

aokiloki – actually, the Holocaust was pretty well covered up. It was covered in the equivalent of social media – smaller papers, ads, rumors.

We used to have “journalists” working for “the media” who would go out and collect “news” and “report” on it.

Wonder whatever happened to them…?