You can keep your end of Iraq war, if you like it

You can keep your end of Iraq war, if you like it

Actually, you can’t. Because it never ended. 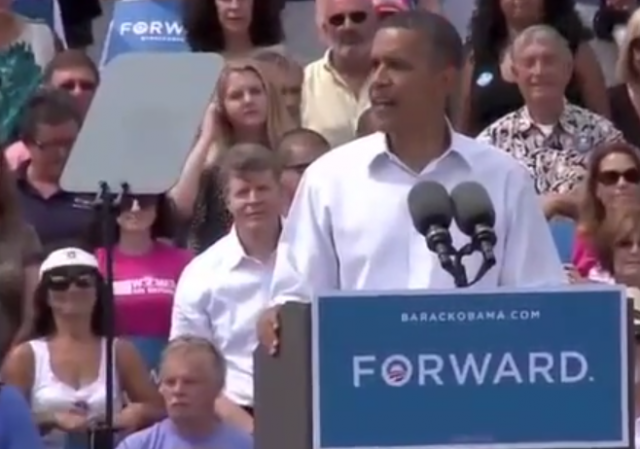 Not sure if the title set-up works or not.

The Iraq war never ended. Obama just acted like it did.

Anyway, here’s this from The Free Beacon:

And this via Hot Air:

Ah yes, this president might be the most successful president ever in terms of meeting his goals and his primary goal was to radically transform this country. It appears he’s well on the way to achieving his goal of turning this country into a has been much weakened version of pre-War France, 1939.

Of course, only another Marxist might appreciate that goal that Obama set back then for the USA and she might be running for that same office in 2016.

Not one, but two rabid female Marxist/progressive socialists, if Elizabeth Warren runs.

I doubt that Obama is the biggest asshole who ever headed a government. But he’s up there. WAY up there.

Who, in your opinion, could surpass him?

Well in his tenuous defense he hasn’t rounded up people and started killing them like Hitler or Stalin. He also hasn’t quite gotten to Mao’s level of brilliant ideas that result in tens of millions starving to death.

However, ‘not quite as bad as genocidal maniacs’ is not exactly a glowing recommendation.

Without question, the incompetent Obama is the greatest prevaricating asshole who ever headed the government of the United States.

That part is clear.

The gnawing and more immediate question is: what is wrong with the American public and the media that this man was reelected, let along elected in the first place.

Sometimes I feel like the President sets up everything in his administration so that he can deny it if it doesn’t work out. Leaving no residual force was clearly his intent from the start, but they were able to push the the Iraqi government in such a way that they could blame them “in case” things went south, or more correctly knowing that they would go south (after all, all his top military advisors said they it would go south if he didn’t leave a sizable residual force. Benghazi was exactly the sane. From Ben Rhodes email it’s clear that they planned on redirecting focus away from al-Qaeda, but they seized on a report that was clearly wrong and nonsensical so that they could blame their fabrication on someone else when it all falls apart. This administration really does behave like the Mafia, they plan an alibi for every heinous action they take.

The difference now is that Obama has misplaced the “plausible” portion of that strategy. He truly expects that no one will notice the inconsistencies, the outright lies or, if they notice, won’t care. It appears that even his loyal base of the easily mislead has begun to notice that he can’t put two paragraphs together without one of them contradicting a previous statement. He is unraveling before our eyes and while it may be strangely satisfying, it surely isn’t pretty.

Obama has used every agency of government to punish and persecute opponents and dissenters from day one of his office. He even jokes in public about his brazen abuses of office.

Pride proceeds a fall. No one is too big to fail. Not Obama. Not Soros. History proves it. Tyrants never live long full lives and are never really free or at peace and they are never loved by their people.

Okay, so in the first video turn your attention to 0:51 seconds. Notice the slight jump in the video…

I’m not here to defend Obama but let’s not make fools of ourselves when some is trying to manipulate the circumstances surrounding us. That video has clearly been edited and I highly suspect his response had nothing to do with the reporters question in the video.

Want to the play the fool? Go right ahead. But I want double verification that Obama’s answer was in response to that question. I can’t do that right now.

Here you have the part missing in the video.
Source: The White House:

Q Mr. President, do you have any second thoughts about pulling all ground troops out of Iraq? And does it give you pause as the U.S. — is it doing the same thing in Afghanistan?

THE PRESIDENT: What I just find interesting is the degree to which this issue keeps on coming up, as if this was my decision.

So yes, he was answering that question.

“Welcome back my friend to the war that never ends”

Perhaps it is simply human nature to be “war weary”, or perhaps it is more a condition of our times, when we so often expect instant gratification and our attention spans are measured in seconds.

But one way to look at this war is through a long lens. Maybe his war has been going on since Mohamed first set down his new religion, with a few lulls over the centuries.

If that is accurate, we have a long slog before us, and a lot of blood will be shed. Islam must change or die, since it leaves no choices for us.

Insofar as the Koran is seen by muslims as the literal word of Allah, reformation of Islam is impossible.