What’s the difference between anti-Israel protesters in London and Chicago?

What’s the difference between anti-Israel protesters in London and Chicago? 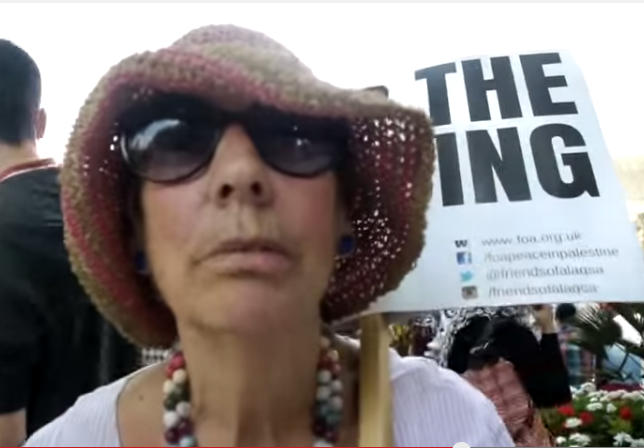 Ignorance. Hate. Demonization. You name it.

You’ll find it in London, Chicago, and just about anywhere you find anti-Israel street protests.

From London, via Harry’s Place, which has even more videos:

From Chicago, where a pro-Israel fundraiser hosted by Mayor Rahm Emanual and former Israeli Ambassador Michael Oren was distrupted with shouting by “Jewish Voice for Peace” activists:

Some people are voluntary idiots.

There is nothing else you can conclude.

Anti-semitism is alive and well on the progressive Left. That’s been true for a long time and especially true today.

No: these anti-Semitic haters are not idiots. They’re just the more obvious, less sophisticated, less tasteful members of their ideology. They’re the Sturmabteilung, the brownshirts, of the Left. They are the ones who are tasked with being abusive, with chucking stones, with hurling hatred, with spitting, with making rabid threats.

Every totalitarian movement has, and needs, such people. The progressive Left today is every bit as totalitarian as one might fear. Their brownshirts are only going to get worse.

“What’s the difference between anti-Israel protesters in London and Chicago?”

But Professor, you obviously went to a wrong protest. Or maybe you knew which ones to avoid. Here’s Slut Walks Chicago, ironies abound:
https://twitter.com/daneyvilla/status/503229274556727296/photo/1

The London protestors are in a cult of religious hate, and as such, will soon be wreaking terrible violence.

American protestors are incredible dumbbells who are in a cult of adolescent narcissism, and as such, will enable the cultists of religious hate to wreak their terrible violence.