The damage from not enforcing immigration laws. 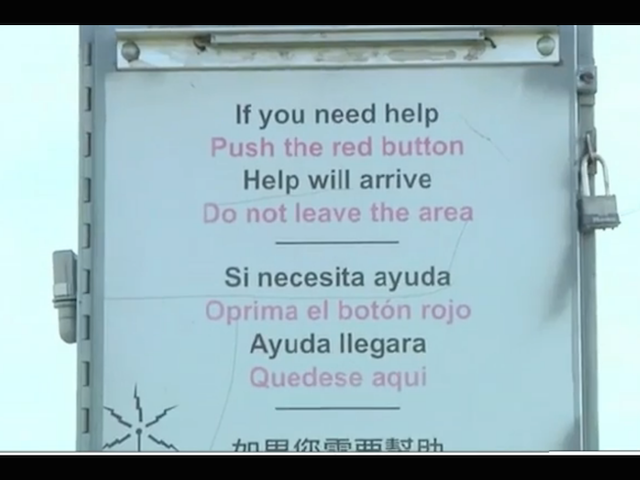 The news is full of stories and interviews detailing the failure of the Obama Administration to enforce immigration law, the cost to taxpayers because of this failure, and what this means for the state of electoral politics in the run up to November.

None of these stories, however, address the human element of what Texans are dealing with every single day. Women like Doctor Corrine Stern, who serves as a medical examiner in Webb County, Texas, sees every day the brutal consequences of an Administration who refuses to enforce the law. Bloomberg News has published a searing exposé of what it truly means to cede power to lawlessness.

Doctor Stern’s jurisdiction covers the vast border lands surrounding Laredo, where she spends at least 25% of her office’s resources in the examination and identification of the abandoned dead:

Her struggle to put names to the bodies offers a glimpse into how intractable the border crisis is as it strains the services of South Texas’s counties. Stern, who estimates that the task takes up 25 percent of her office’s resources, is dealing with migrants from at least six countries, confronting bureaucratic and linguistic hurdles all along the way.

She has conducted at least 400 autopsies of immigrants since becoming Webb’s medical examiner in 2006. On any given day, Stern plays the role of forensic expert, homicide detective or even diplomat, asking the governments of Mexico, El Salvador, Guatemala and other nations for help in naming the dead and getting their remains home.

Journalists and pundits tend to focus on the costs of apprehending, housing, evaluating, and deporting illegal immigrants, but the real story–and a good portion of the real scandal–lies in how much time and effort American doctors and other officials spend in either repatriating or laying to rest the bodies of those who die during ill-fated border crossings.

The work is time-consuming and costly. A Texas sheriff’s coalition estimates that each dead crosser costs local authorities at least $5,000, including the burial of some who go unclaimed or are never identified. Foreign governments and relatives of the victims pay to repatriate the bodies.

In the last 15 years, more than 5,000 migrants have died crossing into the U.S. from Mexico, according to the Department of Homeland Security. At least 225 have perished since January.

At the beginning of this month, the Daily Mail released a comprehensive first-hand account describing how it is that we become responsible for so many unidentified bodies:

“Coyotes”—human traffickers normally associated with drug cartels—are partly to blame for the rampant loss of life along the border. These “coyotes” are paid large sums of money to guide illegal immigrants across the border, but sometimes they abandon their charges to die, take the money, and retreat back into Mexico.

This is real life in Texas, and real life in Texas has nothing to do with talking points, or fence-shaped rally signs, or perfect world scenarios in which Republicans magically overwhelm the will of both the Senate Majority Leader and the President of the United States to “enforce the laws and fix our immigration system.”

Obama’s  immigration inaction has encouraged tens of thousands of people to put their lives and the lives of their children into the hands of the cartels. The world needs to see what ranchers in south Texas already know. The world needs to know what it means to refrain from enforcing the law in the name of “compassion.” President Obama’s refusal to do his duty is the shame of our nation–but we are not the only ones suffering because of it.

You can see uncensored footage from the border here.

At least 225 have perished since January.

At the very least, they could be blaming the TeaParty.

The only reason Democrats haven’t started whining and sobbing about the poor dying people is that they know damn well that a huge majority of people do NOT support illegal immigration. So they’re letting the body count build up.

After the election, stand by for sob stories about OMG GUYS LOOK AT THE POOR PEOPLE DYING AS THEY TRY TO GET HERE WE HAVE TO HELP.

They’re going to start saturating the media the month after the election, along with dozens of stories about the heartless Republicans that refuse to help them.

Where is the compassionate right? Protesting at a family planning clinic.

These deaths are a product of enforcing the law. The easy crossings have all been locked up tight. Those trying to cross the border are forced into forbidding, inhospitable desert.

I am sure that some, here, are celebrating. Every dead body isn’t an ‘illegal’ immigrant. Maybe it will even discourage others. Yah!

I saw a documentary on Dr. Stern. She isn’t a member of your collective. She is just a compassionate doctor trying to help desperate families.

“Where is the compassionate right?”

Well, we aren’t extending a false impression that these people…or anybody…can violate our laws without consequence.

We are also providing compassionate care and keeping for invaders who came here in violation of our laws.

Typical left wing comment. The fact that your side rejoices and calls for the death of their political opponents, does not mean the rest of the world is like that.

NO ONE here celebrates the death of anyone; and definitely not people crossing the border. Your snide assumption reflects on your mindset, not ours.

He doesn’t care about anybody who can’t donate big money or write him butt-coverage. And the latter group is often treated as his bitch, depending on his mood.

History will remember him as the coldest sumbitch ever to occupy his office.

Why are they wasting taxpayer money doing autopsies and trying to identify these illegal invaders????
That’s absurd and outrageous. Just dump their carcasses right along the border as a warning that others should not invade.
I don’t give a crap who the invaders were. I could care less what their names were. And I don’t owe their families any explaination as to their disposition.

OK, so I’ve been pushing every red button I can find. I’m still waiting for the Feds to send help.

It’s not just Texas. We have the same problem here in Arizona. Not to mention the billions of dollars in extra costs our taxpayers here have to assume every year to pay for the “free” education, food, medical care, and other expenses imposed upon us by the huge flow of illegal aliens across the border. Then there is all the crime that the illegal aliens commit in our state, and the enormous expense of catching, prosecuting, and incarcerating all the illegal alien criminals. More than 1/3 of AZ’s state prison population are illegal alien criminals, many of them violent. Then there are all the uninsured and unlicensed foreign drivers causing accidents on our roads (and usually fleeing the scene), and all the associated expenses that have to be absorbed by our citizens with the few dollars we have left after paying all the taxes to fund the illegal aliens’ many “free” benefits.

Reading local news reports can be enlightening. It’s not that unusual to read about arrests of illegal aliens who admit having been deported 10 times or more.

The pirates who killed our off-duty Border Patrolman a few days back are repeat criminals and deportees.

Odd. Pres. ScamWOW never mentioned him or his killers.

Slight disagreement: Obama’s negligence is his shame. The nation’s shame is that it elected Obama.