Sarcasm on the internet is dangerous – Facebook has a solution

Sarcasm on the internet is dangerous – Facebook has a solution

When you need to be saved from The Onion… 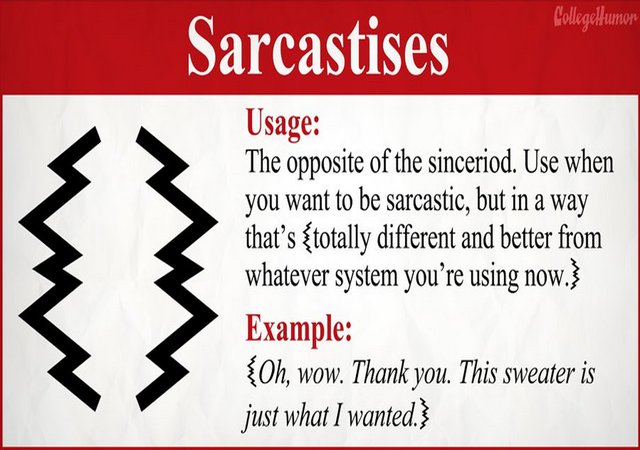 We’ve all been there. You read an outrageously mind-blowing headline before downing your mandatory morning cup of joe, you’re not firing on all cylinders, share the article with an “incredible!” or “ZOMG!” or “this is an OUTRAGE” caption, only to receive the mockery you earned. Or maybe that’s just me (don’t judge).

Whether is was The Onion when they hit a little too close to home or The Daily Currant, a particularly sneaky satirical news site, we’ve all been snookered by a satirical headline at least once. If you haven’t, your time is coming.

Evidently, Facebook wants to make sure users are never subjected to the horror of learning an article they thought was fact is actually complete fiction. The Atlanta Journal-Constitution reports:

First spotted by Ars Techinca, the tag clearly flags any Onion headline which shows up in your News Feed as “[Satire],” though the feature doesn’t apply to every parody article just yet.

A Facebook rep confirmed the news to Ars Technica, saying “We received feedback that people wanted a clearer way to distinguish satirical articles from others in these units.”

As the AJC pointed out, Literally Unbelievable is a fantastic blog of people who didn’t quite get the joke. If you are in need of a laugh, it’s worth checking out.

Then there was the time that a father and son duo invented the SarcMark so you would, “never be misunderstood again!” You’ve probably never heard of it because it bombed. Watching the promo video gives you a good idea why the idea never really caught on.

Speaking of satirical news, Click Hole, a sister publication of The Onion, is rapidly becoming my favorite parody news creator. It’s like they woke up one day and decided to troll the entire internet and have done so brilliantly. Take this ride share parody for example:

But maybe, just maybe we can solve our collective loss of humor by employing the sarcastises, which is far superior to the SarcMark.

That we have to label ‘sarcasm’ for the humorly impaired, well, I think it’s safe to say that we’re all doomed.

Prof., please. There’s some seriously important stuff, and you can find a lot of it on the Tip Line.

Have your people write about that, not this fluff, please.

GuZ is an insightful and perceptive contributor here, and his comments should be carefully read by all.

And, no, his is not a mindless troll. Stop saying that. And quit that laughing…!!!

The Clownselor will REACT to literally ANYTHING.

That “Literally Unbelievable” site is hilarious! Thanks for the Monday morning chuckles 🙂

how else can we say what we think without offending the overly sensitive masses?

See, the thing is, I read this article, and I have no idea if it is serious, or not.

It’s not like it’s something Facebook wouldn’t do, but on the other hand, there are the logistical issues of fitting new punctuation onto keyboards.

You’ve seen the other headlines on this site. They’re no less crazy than this one is, but unfortunately, they’re true.

Am I the only one who read the sample sentence for the “Superellipsis” and had my brain fill in a dramatic “Dun Dun DUUUUUN!” music line? 🙂