With $100,000 of taxpayer money on the line, the Santa Fe City Council better hope they’re the ones to win the final rose. 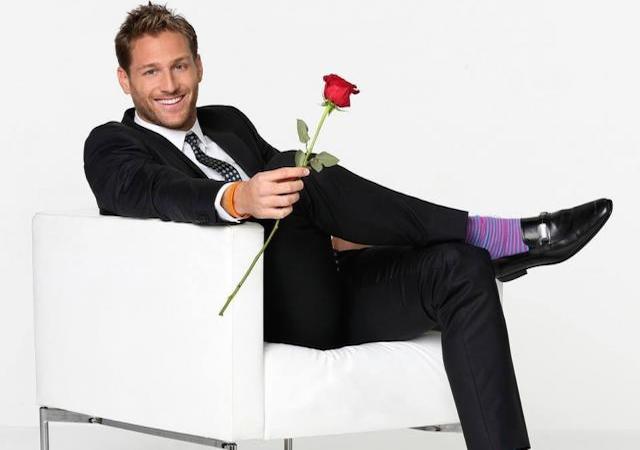 Cities are well within their rights to spend taxpayer dollars to increase exposure and bring tourists to visit, but how would you feel if your city council voted to spend up to $100,000 of your money to bring one of the most controversial television shows currently on air to your neighborhood?

That’s exactly what the Santa Fe City Council wants to do. The Council is prepared to open its wallet (and its heart, if the love is there) to convince the producers of “The Bachelor” to bring the show to Santa Fe, in hopes that the show’s popularity will tempt tourists and fans alike to visit.

The New Mexico Tourism Department is considering spending $50,000 of its own money to try to bring the production crew of the show, which features one bachelor choosing a potential wife from a pool of 25 women, to Santa Fe.

There have been reports the Tourism Department has already committed to the project, but Communications Director Rebecca Latham told New Mexico Watchdog on Thursday no final decision has been made.

“The Bachelor” is one of the most-watched shows currently on television; this past season’s finale and post-finale aftershow boasted more than twenty million viewers. However, the show’s focus on the trappings of “love,” coupled with the alleged questionable morals of the participants, have caused some Americans to speak out against the popular show. Four of Santa Fe’s councilors agree with the dissenters, and spoke out about the Council’s decision to court the show:

“This is real money,” Councilor Ron Trujillo said Thursday morning. “I’m all for economic development, but I think there are better uses of taxpayer money than spending it on a soap opera. I don’t know why people watch this show.”

With both the city of Santa Fe, and the State of New Mexico, flirting with the idea of using the show to draw tourists, I think it’s fair for taxpayers to speak out on the issue. But should public opinion be considered by city governments when considering the considerable (and valuable) merits of hosting the show? MTV’s “The Real World” was just as controversial—if not more controversial—than “The Bachelor,” and its presence didn’t leave cities like Portland, Austin, and Boston in a state of bacchanalian ruin after cameras stopped rolling.

In all likelihood, the presence of “The Bachelor” won’t harm the reputation of the concerned citizens of Santa Fe; but the fact that both council members and citizens are getting vocal about the issue is proof that taxpayers are ready and willing to take ownership over what image their tax dollars are being used to promote.

“With $100,000 of taxpayer money on the line, the Santa Fe City Council better hope they’re the ones to win the final rose.”

OK. Theme set. Sante Fe is about to waste taxpayer money on TV trash. Then……

“Cities are well within their rights to spend taxpayer dollars to increase exposure and bring tourists to visit, but how would you feel if…”

“In all likelihood, the presence of “The Bachelor” won’t harm the reputation of the concerned citizens of Santa Fe…”

The normative process of citizens and their elected city council members debating the pros and cons of the plan are described.

With all due respect, what is the purpose/point of this article?

Is this Legal Insurrection or E! Online ? I await with bated breath the in-depth analysis of Grover Norquist’s foray into the Burning Man festival: “Will young hip voters who mourn that Burning Man is now officially dead take it out on the GOP in the 2014 midterms?”

The Bachelor, loved by libs and women, has “binders full of women” – you know – the same thing they found offensive in Mitt they love about that program. Of course Mitt’s binders were of intelligent, educated and ambitious women; the Bachelor’s binders are full of silicon implanted, veneered, bikini-waxed, nose-jobbed women. The one valued for what they bring the table, the other for what they bring to the ‘image’ …

Santa Fe’s reputation couldn’t be harmed more by a television show than it is by its residents and it’s city council on a regular basis.

Every time I have to drive to Albuquerque, I thank God for the Santa Fe bypass.

The long history of “incentives” offered by localities to businesses to locate is pretty much a story of wasted money.

Only rarely is the money ever fully recouped in increased revenues, and that doesn’t count the economic distortion caused by misallocation of resources.

Once the giveaways expire, the businesses often either relocate again or close down altogether.

If local council members knew anything about business, they would have started their own and succeeded. Instead, they are looking for ways to appear as if they are doing something as they mismanage public monies.

Santa Fe is inhabited by the arts and leisure crowd of beautiful people, along with pissant state bureaucrats of one of the most corrupt west of the Mississippi. They cohabit well. The only difference is the direction of sticks up their collective backsides.