“I’m talking about every one of the other twenty or so US veterans that also killed themselves on August 11th 2014.” 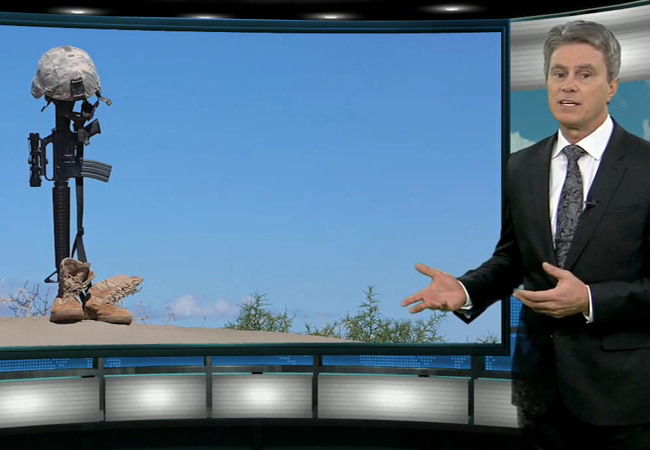 In the wake of the tragic suicide of actor Robin Williams, Bill Whittle reminds us that suicide is rampant among members of our armed forces.

Whittle goes out of his way to emphasize that he means no disrespect to the memory of Robin Williams or his family but the number of military suicides is staggering.

These are men and women who risked their lives for our country and freedoms, yet many of them suffer alone in silence and if they take their own lives, they don’t get memorialized or even mentioned in national media.

Bill also makes a point of letting people know how they can help support service members who need it. He reminds us all that these men and women are our responsibility and we owe them.

This is a truly moving edition of Afterburner. Spread it around.

Never in history have so many veterans committed suicide and there’s a reason behind it.

Just watched this with my brother who served 4 years, 3 tours. It made us both tear up. He then recommended I watch the music video for five finger death punch, the other side of heaven. It’s about the same problems. It’s pretty heavy rock and a fantastic video.

Drugs are probably a factor, but purging the armed forces of God (Christianity) is likely even more important to my mind.

At the rate they were taking place in the early years after the Viet Nam war, I would surmise that the suicide rate exceeds that of the dead listed on the Memorial. And the suicides continue. It is extremely hard to be so young and find a balance between so much violence and integrate into a society that could mainly care less. And, it never goes away. It has taken decades for this nation to accept the sacrifices of Viet Nam veterans, who were basically persecuted after coming home.

I have yet to see a source for the “22 veteran suicides per day” figure. I see the number all over the place, but not the original source. I have no reason to doubt it, but it’s odd for the source to be so obscure.

Since veterans are about 15% of the adult population, and there are about 40,000 adult suicides per year, the expected annual number of veterans suicides would be about 6000.

If the 22 per day figure is correct, that accounts for about 8000 per year, which might imply the rate for vets is 1/3 higher than for all adults – BUT that would be misleading.

80% of suicides are male. 87% of living veterans are male. So if you do math, you can see that not only isn’t 22 veteran suicides a day a crisis, it’s not at all unexpected.