Philadelphia officials use civil forfeiture to pad city coffers — but the Institute for Justice is fighting back. 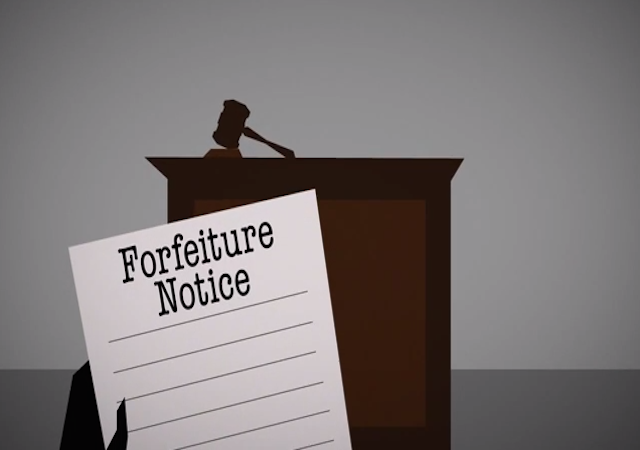 What happens in Courtroom 478, located within the bowels of City Hall in Philadelphia, Pennsylvania, is the stuff of dystopian nightmares. Using a legal device called “civil forfeiture,” government prosecutors confiscate property under the guise of “cracking down on crime.”

From the Institute for Justice’s “End Forfeiture” site:

Philadelphia’s automated, machine-like forfeiture scheme is unprecedented in size. From 2002 to 2012, Philadelphia took in over $64 million in forfeiture funds—or almost $6 million per year. In 2011 alone, the city’s prosecutors filed 6,560 forfeiture petitions to take cash, cars, homes and other property. The Philadelphia District Attorney’s office used over $25 million of that $64 million to pay salaries, including the salaries of the very prosecutors who brought the forfeiture actions. This is almost twice as much as what all other Pennsylvania counties spent on salaries combined.

This is why the Institute for Justice is helping families in Philadelphia file a class action lawsuit against the city on behalf of all Philadelphians whose property is currently threatened by civil forfeiture. IJ is challenging several aspects of Philadelphia’s civil forfeiture law, including:

IJ put together a great video explaining the ins and outs of fighting a civil forfeiture claim, and I highly recommend watching it:

The FBI’s website on asset forfeiture explains that “[t]he seizure of property by law enforcement authorities generally is permissible when the property is evidence of a crime or is subject to forfeiture.” What the website doesn’t say, however, is how far police and prosecutors feel justified in going to seize private property in the name of the law/justice/Christmas bonuses. It’s no secret that civil forfeiture is a lucrative racket, if you can pull it off. The overall federal take in forfeiture cases—even after limiting provisions passed via additional legislation—has stretched into the billions of dollars, and states have mimicked Federal laws, sometimes without similar limits.

A 2013 exposé by the New Yorker told the stories of several victims of opportunism in civil forfeiture, but more importantly, emphasized how vulnerable ordinary citizens are when facing property seizure.

“There’s this myth that they’re cracking down on drug cartels and kingpins,” Lee McGrath, of the Institute for Justice, who recently co-wrote a paper on Georgia’s aggressive use of forfeiture, says. “In reality, it’s small amounts, where people aren’t entitled to a public defender, and can’t afford a lawyer, and the only rational response is to walk away from your property, because of the infeasibility of getting your money back.”

The stories of the people featured in the New Yorker piece, and of the plaintiffs in IJ’s case against the City of Philadelphia, are as heartbreaking as they are infuriating. Threatened with homelessness, incarceration on felony charges, and even loss of parental rights, ordinary Americans are being forced to surrender their rights in the hopes that if they do, the authorities will leave them alone.

I doubt that the robber barons of Courtroom 478 counted on a mass class action lawsuit when they first started seizing property at near-random, and I can’t help but wonder how they plan on carrying on when the people of Philadelphia have nothing left to give.

You can read the complaint here.

I don’t understand how civil forfeiture has survived court scrutiny. It seems to be a very obvious violation of property rights and due process except in the cases in which the property is actually directly evidence in a crime investigation.

Civil forfeiture has survived scrutiny by the same courts that brought us Kelo v City of New London. The principles, or lack of them, are quite similar. When that ruling came down I immediately thought of 1 Kings, chapter 21. We, as a society, have sunk that low. But our leaders haven’t the sense to abase themselves for their sins.

It’s survived court scrutiny because it has a well-established history as part of our legal system since the beginning. The same people who ratified the bill of rights seemed to accept this procedure without cavil. I don’t understand why they did so, but the fact is that they did.

The trick is that it’s a civil case, not criminal, so the standard of evidence is the balance of probability, and the victim is not entitled to a public defender or to legal aid. And since he might not get the property back, he can’t use it to pay a lawyer.

My problem is gov’t bringing a civil suite, especially with the force and wealth of gov’t behind the asset seizure.

This is the kind of abuse that will eventually lead to police and politicians being gunned down in the streets, exterminated like vermin. It will lead to an all-out civil war of the government-class against the rest.

Exactly … I’m surprised that prosecutors haven’t been ‘mowed down’ by a disgruntled property owner who lost large assets through questionable means.

From your lips to God’s ears.

I don’t know… everybody has their own breaking point.

I wonder if we haven’t already seen some instances of it that are either covered up or not exposed as what they are by a lazy and complicit media. Take for example the guy who flew his plane into the IRS building in Austin a few years ago. The press wrote him off as a loony-tune at the time. And then a couple of years later we find out that the IRS has been illegally targeting conservative groups. Maybe they pushed that guy far enough and he said “fuck it and fuck you”?

I don’t know what the point is, but one thing I do know for sure is that there is a point at which large numbers of people will decide they’ve had enough. Then what?

You’d think so, but it’s been going on for 250+ years, and seriously for 30+ years, and nobody’s revolted against it yet.

Interesting story long on innuendo but lacking details on unjust civil forfeiture cases. A large amount of cases doesn’t necessarily prove abuse, after all we are talking about Philadelphia.

I’m not an attorney, but I seem to remember a basic constitutional concept known as the “Due Process Clause”.

In my opinion, a single case of “civil forfeiture” is too many. Taking somebody’s property away from them without due process is ALWAYS abuse.

Seriously… you really think giving cops the ability to seize private property and sell it and pay themselves and buy themselves cool soldier toys with the proceeds is a good idea? What could possibly go wrong?

Funny. The ACLU has been fighting civil forfeiture for decades. *Conservatives* are only now getting around to being outraged by it.

“Asset forfeiture laws allow [the government] to take the alleged ill-gotten gains of drug kingpins and use them to put more cops on the streets.”

Funny, you are a liar, and there is no position anywhere you will not misrepresent.

Civil libertarians of all stripes have been against this process for decades.

“Funny, you are a liar, and there is no position anywhere you will not misrepresent.”

And yet, for literally DECADES now, you cannot identify a single on. Can you, Clownselor?

“Civil libertarians of all stripes have been against this process for decades.”

Oh yes, we all remember “civil libertarians” like you being very vocal BEFORE the Kenyan usurper stole 2 elections by rampant voter fraud and racism.

Since you never read outside your demented fringe of teh moonbattery, I never expected you to know anything BUT what they pack in your crap-packed skull, troll.

But you CAN find it. It will require you breaking type, and READING.

I still can’t understand why you are here. You troll hard but I can’t seem to figure out for what.

Crawl back under the bridge you came from, and find a mentor so that you can “troll” the weirdos on the “conservative” site better.

Can’t we just be happy that we all agree now on this point and save the vitriol for when we disagree?

Identify a single one what? Conservative against civil forfeiture? How about the IJ, which this post is about? They’ve been fighting it for over 25 years now. Or how about the GOP House that held hearings on it in the ’90s, and passed legislation that was supposed to reform it, though unfortunately the racketeers have found ways around the reforms. (And yes, to his credit Barney Frank was also vocal about it then, and cosponsored the reform act. In his long career he did one thing right.)

Looking at the Philadelphia numbers, am I to assume that it is the drug kingpin capital of the US?

It’s readily apparent that you lack an understanding of even the most basic concepts of logic. You’d do better on motherjones or huffpo or someplace like that; you reveal yourself to be an abject fool here.

Liar. Conservatives have been publicly outraged by it since at least the mid-’90s. You may have forgotten the hearings held by the newly-Republican House, back in the halcyon days of the Contract with America, but we haven’t. Or were you even alive then?

I’ve seen this turned around by people voting out the politicians responsible.

That does not get rid of it, the practice is just used more discreetly.

I don’t care what the property is or if it was purchased with drug money. This is nothing but and never has been anything but a thievery scam by the gubmint.

If the drug lords bought toys with their spoils, that just means the cops were too slow on the draw. If they’d done their jobs better and caught the drug lord sooner, the thugs would have made less money and thus had less property and toys to seize.

The asset seizure program incentivizes the gubmint functionaries and elitists to move slowly. But that really isn’t the point. Money is fungible, and the IRS uses this fact to nail people frequently. They shouldn’t be able to have it both ways.

Besides, like all else the gubmint does, once again we see the frog in the pot having the heat slowly turned up until it’s too late for the frog. He’s cooked. It’s so much harder to undo bad law and bad policy than to nip it in the bud immediately. We see where what started out as, “Oh, we’re just going to take goodies bought with ill-gotten gains away from those awful drug dealers” to what it has become – another gubmint slush fund paid for by poor bastards that have worked hard all their lives.

The gubmint is basically a legalized Mafioso on steroids.

These people are too corrupt to deal with through the legal system (and I’m sure they’ve rigged that too).

The solution is violence.

Not the same state, but the same problem. I remember reading about this last year. I think they finally had their money returned. A gas station owner a few blocks down the street got the same treatment.