“will take as much time as needed, we will use us much force as required” — “I think the United States has been terrific!” 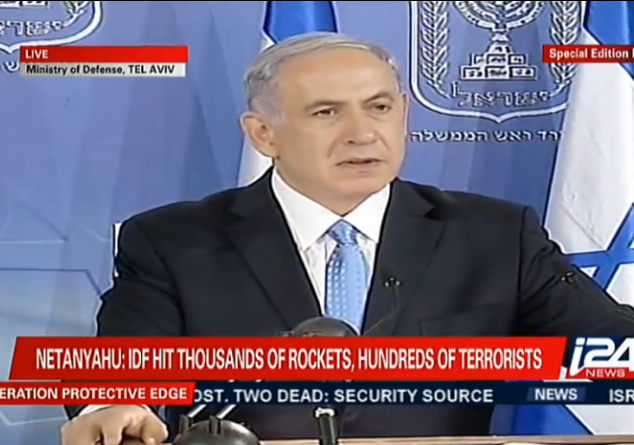 Israeli Prime Minister Benjamin Netanyahu just gave a major speech. It was predicted that he would announce an end to operations, but his actual speech was much less clear on that point.

Repeatedly Netanyahu said that the operation would continue as needed.

Israeli PM Netanyahu addresses the media in Tel Aviv: "Our forces are completing the demolition of the terror infrastructure"

Israeli PM Netanyahu addresses the media in Tel Aviv: "Our forces are completing the demolition of the terror infrastructure"

Netanyahu: the broad US and EU support for disarmament is an important achievement that will assist in the future pic.twitter.com/t6FLeILeEf

.@IsraeliPM: Op Protective Edge continues until objective met; "It will take as much time as needed, we will use us much force as required"

Netanyahu: stresses the alliances between #Israel and other governments in the Arab world which played a part in recent weeks. Trashs #Qatar

In short, the operation against Hamas is continuing. 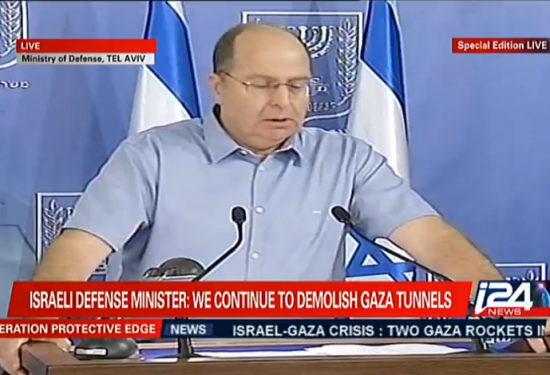 .@bogie_yaalon: In the Islamic University in Gaza they hid behind academia to try 2 develop chemical weapons 2 put in rockets.

Yaalon: we have no illusions regarding Hamas. We will strike its terror with no compromises pic.twitter.com/KvWK4Qimw2 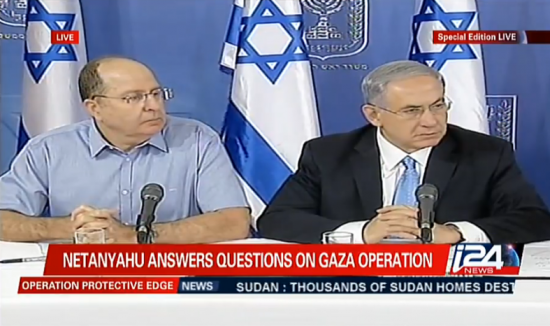 Bibi: 'I think the United States has been terrific!'

Netanyahu: The reports about my phone call with President Obama were wrong in tone and in substance

Even now on of the Latin root means to frighten.

So, yeah, Bibi’s got the right idea.

The UN has proved itself to be incapable of guarding security or overseeing shipments of anything into Gaza. Israel will have to re-occupy the region.

(Are rockets being lobbied at the U.S. by the “Caribbeans” in Puerto Rico?)

Was Goldin pushed into doing highly specialised work he was untrained The fact that theIDF did not know until just now is disturbing.

Even in WW1 they knew asap when sappers got blown up . The chain of command is in question here.

Heh! One smoked ganja. The other smoked terrorists.

I’ll take the latter as my leader, anytime.

It is not about Netanyahu. It is about young privates doing a Commando specialised operation . They could have used techniques like they did in Afghanistan where the fighting you did not see was underground.

I think this is related to bravado from theIDF trying to win the tunnel PR race . You may notice Most of my posts are on tunnel warfare . It is the future of this conflict because Tunel Insurrection dates back to the Jewish revolt in the 1st century. ( hence the tunnels under Herod ‘s temple) .