The laws of economics need not apply, apparently. 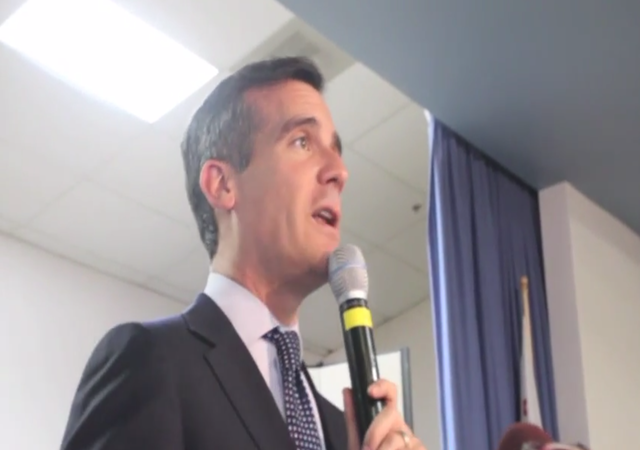 Earlier this month, we wrote about McDonald’s and what appears to be a technological experiment that would replace cashiers:

McDonald’s employees who picketed for a better living wage (whatever that means) may come to regret that decision. According to a Redditor, a McDonald’s in Illinois replaced their cashiers with machines.  The machines appear to be the cousins of the ones found in grocery stores, big box stores, and CVS that allow customers to complete transactions.

How cost effective is replacing an organic employee with a mechanized one? According to an economic blog, and unsurprisingly, the machines likely come out on top in terms of pricing. 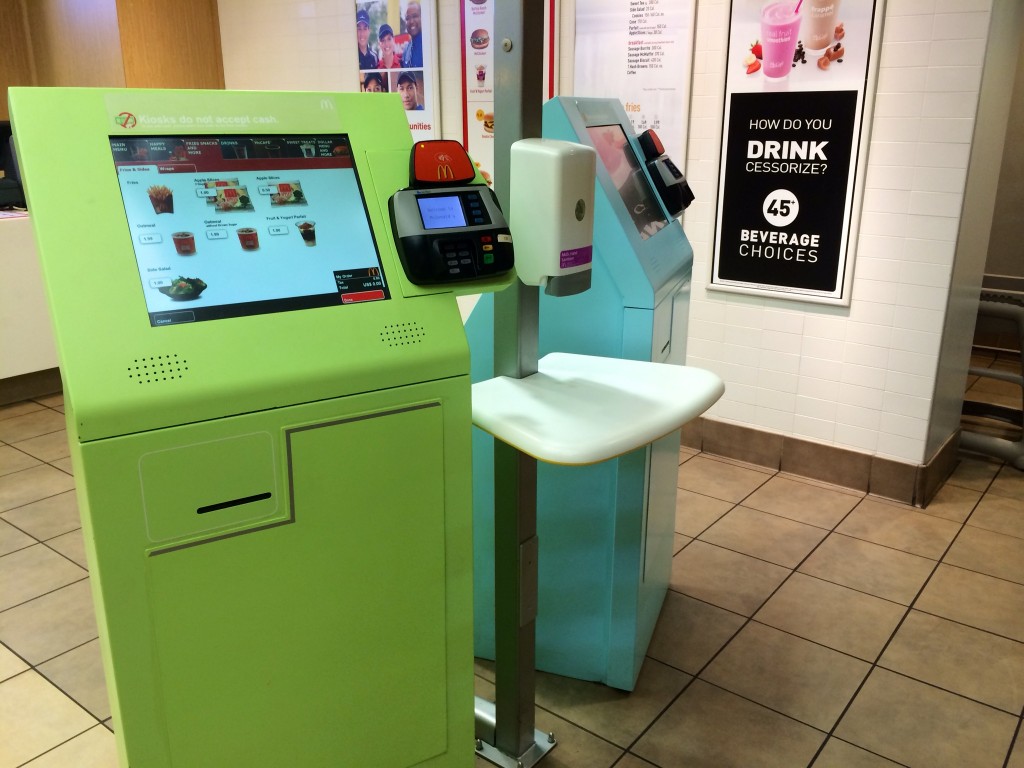 When labor costs increase, employers are required to offset those increases elsewhere in order to remain profitable while still providing a product the market will want. So when workers demand to be paid $15 an hour to push buttons on a cash register, they can and should be expected to be replaced with cheaper, more efficient labor. When an employer can only afford three employees for what they once paid for five, that’s two jobs that have been eliminated.

Undeterred by facts and economics, Eric Garcetti, the mayor of Los Angeles reportedly plans to raise the minimum wage to $13.25 an hour, what would be one of the highest minimum wages in the country.

The Los Angeles Times reports that Mayor Eric Garcetti is expected to announce on Labor Day a three-year plan to implement a $13.25 minimum hourly wage. That dollar figure would receive annual inflation-based increases, the paper reported, citing businesses and local government officials briefed on the proposal.

The plan has faced a “cool reception” from many major business groups worried about costs, according to the Times. Some union leaders, meanwhile, are reportedly unhappy because the plan does not start at a previously stated labor goal of $15 per hour.

A spokesman for the mayor would not confirm the plan, the L.A. Times reported, but acknowledged that Garcetti had met with leaders across the city to “discuss ways to help L.A. families and our economy thrive.”

Seems to be a test balloon of public and community opinion, but raising the minimum wage does not help the economy thrive as the mayor’s spokesman seemed to imply. Government mandated wage adjustments might benefit a few individuals in the short term, but can and usually do have negative impacts on those same individuals in the long run.

The American Action Forum conducted a study to dive into the minimum wage issue. Their findings suggest, quite strongly, that raising the minimum wage results in increased unemployment and reduced job creation.

It’s unlikely that California will head good economic sense or do something wild like lower business taxation and regulation to help grow the economy. Rather, they seem hellbent on placing ridiculous mandates on employers who at some point, will likely relocate to Texas anyway. Unfortunately, many hard working people trying to make ends meet will get caught up in this nasty wage experiment.

No, nothing out of California makes sense – nor will it, until Democrats are driven from their midst.

Fast food in Europe is already moving in the direction of automation, and for the same reason: high mandated labor costs.

McDonald’s has kiosks in malls where you can order and pay for your meal, which will be ready by the time to walk to the restaurant. Or you can order via smart phone from anywhere.

My understanding is they are also looking into automated cooking for things like burgers and fries. It will take fewer and fewer employees to run a restaurant.

Thanks for the progress, Progressives!

Garcetti? Is he realed to GIl Garcetti?

same family of criminals… they aren’t going to let anyone else in on the gag, or the take.

Actually this is a situation where both sides are correct.

Raising the minimum wage will cause more automation and job loss.

But guess what? People shouldn’t be working jobs that can be done better by a computer. So it;’s a good idea to raise the miimum wage!

Makes you think about where jobs are going.

You forget all the people it takes to support that machine and the tunnel.

But I do know what Ham-ass wants for Christmas. If they had Christmas…

Also, if they had ham.

The bad thing is that it reduces the number of entry level jobs that allow unskilled to earn and learn.

so those min wage workers made more per hr then I did as aircraft mtx records clerk.
if I screwed up people could hurt, they screw up someone goes hungry.

The most troubling part is to see that now people think THAT is a career choice.

When the BSD MBA 1%er CEO Management fires everyone (except themselves, of course) in order to “reduce costs” (and give themselves a big ole bonus and raise), where will the customers come from, hmm?

Oh I do hope they do. I do hope they choke the golden goose – the American worker. Keep running to Canada, keep giving yourselves golden parachutes, and keep “reducing costs.” Go on, get on the “B” ark and go to “Galt’s Gulch,” petulantly take your toys and run away.

You’ll ruthlessly exploit the shit out of each other, while we NON-sociopaths will build a better world without your thievery and exploitation.

I see. None of the “noble worker’s party” would kick a dog.

I have it on good authority, that in the People’s Paradise of North Korea, they don’t beat or kick dogs. Usually they stir fry.

How do you think a business manages to employ ANYBODY?

(Here’s a clue: they stay in business first. To do that, people who put up the money and take the risks HAVE to have a fair return on their investmentssssssss. There is no such model as you fantasize.)

I don’t understand why the liberal idiots can’t get their heads around the important role of the investor in this economy.

They tend to see investors as evil bankers that crashed wall street and are the 1% or some crap like that.

They don’t get that investors are middle class workers like myself that would like to retire one day, or are willing to put their moxie and their hard earned savings on the line to make extra income (hopefully with some advice and research).

I find it fascinating that idiots like the one posting here don’t get that many fast-food franchisees are “minorities” who are just entrepreneurs and will never be other than “upper-middle-class” though they may well be “millionaires”.

40 yrs ago, my family escaped a southeast Asian country that was seized by economically illiterate, big mouthed, “NON-Sociopaths” like you who sought to “build a better world” without the “thievery and exploitation” of capitalists.

They murdered one of my uncles in the process and dispatched the rest to reeducation camps. What were their crimes? My grandfather was a small wholesaler of soda to local businesses. And employed a small staff who distributed the drinks on rickety bicycles around Saigon…for minimum wage.

Yes, the NON-sociopaths like you also promptly murdered them because they were willing to work for an “exploitative capitalist”.

You need to apologize to the millions like me who risked everything to come here because we had to escape the crimes committed by wonderful NON-Sociopaths like you in the old country.

Same thing happened where I come from, certain place in the Caribbean.
It happens everywhere these morons manage to seize a bit of power.

So, YOU think THAT is a career choice.

“while we NON-sociopaths will build a better world”

The biggest problem with this premise is that it assumes Liberals/Progressives will actually want to work.

The biggest problem with this premise is that it assumes Liberals/Progressives will actually want to work.

No, they don’t have to work. That’s what makes it a better world.

Everything just magically gets taken care of, and they can lie around, play video games, and watch TMZ all day.

Most of the entry level jobs are not provided by large corporations, but by small businesses. They have to maintain profitability or close down their businesses.

A better way of providing prosperity and jobs to all of our citizens is to reduce taxes, regulations and spending by government. For example the federal government shouldn’t be in the educational business and the Department of Education could be closed to save billions of dollars.

The LA City Council will respond by requiring special permits for automated restaurants — but first a moratorium while the study it. They did this with digital billboards, causing them to all turn off for the last 3 years (the moratorium and study period continues).

This would cause a lot of business to close down or move out of LA.

hell, this moron wants to have the 2024 Olympics here too.

that would certainly cement our third world status. can’t fix the streets or sidewalks, can’t keep water in the pipes, and don’t ever expect a city employee to do anything (expect parking enforcement, of course) but we by gawd can stage an Olympics.

Plus unions have historically been the locus of some of the worst racism this country has ever seen.

If anybody doubts that, look it up.

Not only that, but their base worships the poor and this feeds into that part of their ideology. Economic laws have to be subservient to ideology.

Maybe it will result in a few new jobs to service, install and repair these machines. Even ATMs need maintenance and I can’t see people being more gentle with these things.

“If people do get laid off because of a minimum wage raise, at least they won’t have to work in jobs they never wanted anyway. They’ll be able to spend more time at home developing their hobbies.” – I do believe Pelosi said that. It’ll be just another way to get people on the dole.