The Commonwealth of Virginia has finally settled a multimillion dollar lawsuit after agents mistook a package of bottled water for beer. 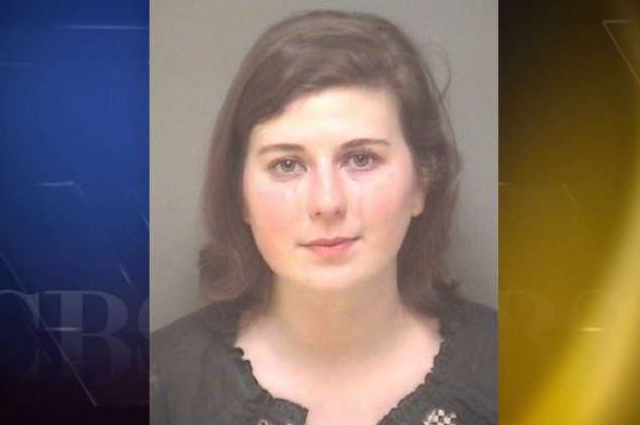 Last year, a student at the University of Virginia was arrested by state agents after they mistook a package of bottled water in her car for beer. However, justice has been at least partially served for Elizabeth Daly, who was 20 years old at the time of her arrest. She has been awarded $210,000 in a settlement between herself and the state of Virginia:

Attorney General Mark R. Herring announced the settlement Wednesday night with Elizabeth Daly, who had filed a $40 million federal lawsuit against agents with the state Department of Alcoholic Beverage Control.
…
Herring said the settlement was not an admission of wrongdoing by any of the parties in the lawsuit.

“My goal throughout this case has been to reach a resolution that is just and fair for all parties, including Ms. Daly, the ABC and its agents, and the Commonwealth and its taxpayers,” Herring said. “After careful consideration of the potentially significant costs of taking this case to trial, I believe we have reached such an outcome.”

According to the lawsuit filed by Elizabeth Daly, seven plainclothes agents approached the 20 year old’s car without identifying themselves, and demanded she roll down the window. When she turned on the car, the agents attacked, attempting to break through the windows and into the car. One may or may not have pulled a gun.

Daly attempted to flee the scene (and the seven men screaming and jumping on her car.) She was eventually charged with evading police, and assaulting a police officer after her car grazed two of the agents.

Hopefully this settlement will serve as a lesson against overzealous police action–especially when a simple knock on a door or a flash of a badge will suffice.

Seven Police Officers investigating a bottle of beer? That is just hard to believe. We have far more police officers than we need if that is the case.

I’ve been in some of the hilly parts of Virgina, and I’d bet money they have some moonshine stills up thar that need the attention of the law.

May years ago, my wife was detained by local police in Virginia for dancing on the Sabbath. She was promptly released when she pointed out that her brother-in-law was a Virginia Appeals Court Judge. They have some very special LEO’s down there.

We still had “Blue Laws” in Virginia in the 80s.

Heck, I live in those Virginia hills. Two years ago, a still was “discovered” in the basement of the local courthouse. That told me everything I needed to know about the urgency in shutting down the stills ’round here.

There are some who have gone into commercial distilling and pay tax on their ‘shine to sell in stores. Most of the small operations have gone away as far as selling to people in the cities. The ones that do operate have fairly sophisticated set ups that aren’t that noticeable, even from the air.

Just down the hill from me is Franklin County, Virginia. They had the distinction of being the smallest jurisdiction in the country to have a field office of the BATF. Not sure if it’s still there or if everything is in Roanoke.

Hopefully this settlement will serve as a lesson…

Unless the officers involved are disciplined in some way, there’s no lesson learned, just $210,000.00 less in the taxpayer’s coffer.

Seven plainclothes guys start banging on a girl’s car? If she was assaulted and raped by the 7 guys, the police would say “why didn’t she try to get away.”

The attorney general says this is not an admission of wrongdoing? He should be fired for encouraging actions like this against young women.

From the Virginia AG’s web site:

“If you are a victim of sexual assault, please take these steps:
Make sure you are safe.
Call the police and someone you trust for support.”

I think that’s what this girl was trying to do…so the police attacked her – and that’s not wrong?

I’d think that Virginia taxpayers would have standing to protest $220K being paid out of public coffers if there’s “no admission of wrongdoing.” Not that the girl doesn’t deserve the award, but somebody ought to be held responsible for the actions that cost the taxpayers that much.

We’re being run by Democrat Clintonistas now. No one is accountable for anything and the Washington Post will back them up.

I attended Mr. Jefferson’s University in the early ’70s.

At the time, no one worried much about IDs for alcohol except for the state ABC liquor stores.

These characters got off easy if there is no disciplinary action against them. And the judge took it easy on the Commonwealth as well.

good thing she didn’t have her dog with her. snoopy would’ve got a double-tap.

sorry, but today the cops are most assuredly NOT your friend.

Should have had the cops split up the cost of the settlement and see how that readjusts their thinking. Working for the state means no accountability I guess. Just glad she wasn’t shot for attempting to use a deadly weapon (car)….

Take it out of their retirement account and garnish their paychecks.

Hit them where they will think long and hard about how to avoid that sort of punishment in future.

(I doubt they will learn “right or wrong” as old as they are, that’s usually something picked up by 8 year olds, if the individual is ever going to learn.)

“Hopefully this settlement will serve as a lesson against overzealous police action–especially when a simple knock on a door or a flash of a badge will suffice.”

Dream on. That the Police didn’t admit they were doing anything wrong is part of the problem. At some point (which probably passed a long time ago) the”honest mistake” argument becomes a shallow hypocrisy.

In a just world those “cops” would be facing criminal charges, but the State that gave so much to the concept of American Liberty is nothing of the sort.

Patrick Henry would weep at the sigh of what Virginia has become.

Too many federal and state agencies now have armed law enforcement divisions. Those divisions are often insanely over gunned because the feds offer them military gear. These agencies also seem to do a terrible job screening applicants for the law enforcement positions. Maybe loosing a few cases like this one will help them adopt better policies on who needs to be armed, what arms they should be carrying and who needs to be screened out of such jobs because they are emotionally ill suited to the exercise of police power.

Even if she had been carrying prohibited alcohol, their lack of being in a identifiable uniform and failure to ID should be troubling. The fact that they went way over board when they really lacked probable cause, and likely even reasonable suspicion, indicates that they should be reigned in.