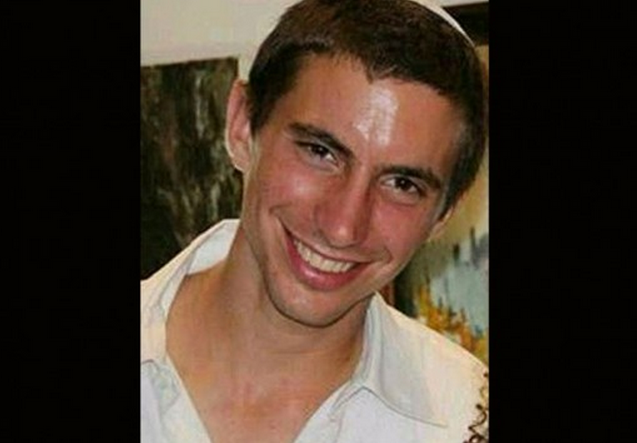 The conclusion was based on forensic evidence from the scene of the attack,a statement by the IDF Spokesperson’s Unit said. It added that prior to the decision, religious, medical and other relevant issues were taken under consideration.

A special IDF committee has concluded that Lt. Hadar Goldin was killed in combat in Gaza on Friday. May his memory be a blessing.

#HadarGoldin was promoted to the rank of lieutenant posthumously.

Goldin spokesman: "The family thanks the nation of Israel for its support. All are invited to accompany Hadar on his final journey." (GLZ)

Goldin was second cousin of Israeli Defense Minister Moshe Yaalon, who was present when the family was informed of his death

I don’t know how to say this except to say it: Many who have gone in harm’s way against a barbaric enemy have resolved ahead of time to not be taken alive.

“Save one for yourself,” is the way most of us have known it. Grenade, bullet, John Wayne-ing it. It’s all the same. There are some things worse than dying, and one of those is falling into the hands of barbaric “soldiers of Allah”.

My condolences to the family and close friends of this young man.

My prayers for their country.

this is very sad news. On the other hand, it is better that he died at the time of the “battle” than to have been held captive and perhaps tortured.

May he rest in peace. I pray for Israel.

So sad. May his family find comfort in precious memories.

I understand there is abiding hatred of Israel and the Jewish people on the part of Hamas and other opposing factions and the torture and horrifically debasing treatment prisoners might face, but I’m not sure I agree with those who find death more palatable for either the soldier or his family. Certainly it’s not a decision anyone can make on behalf of another.