True, or just a diversion for Iranian refusal to allow full nuclear inspection? 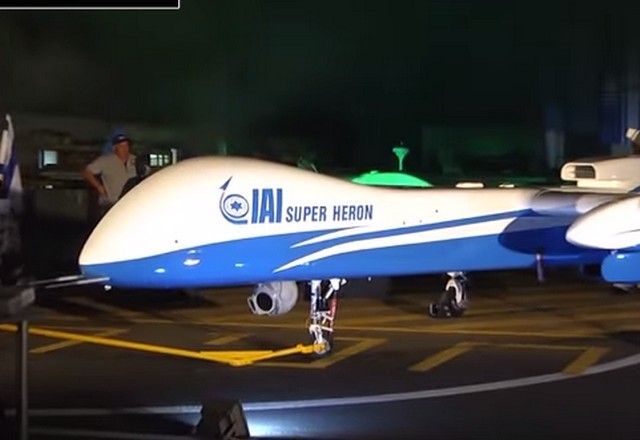 Numerous news organizations are reporting today that Iran’s Islamic Revolution Guards Corps (IRGC) claims to have shot down an Israeli drone as the drone approached the Natanz nuclear enrichment site.

The Revolutionary Guards said of the drone incursion: “This wily act further exposed the Zionist regime’s adventurous temperament and added yet another black page to a record filled with crime and mischief.”

If confirmed, an aircraft built by Israel’s state-owned Aerospace Industries known as the Heron, or the more powerful Heron TP, is likely to have been involved for such a long-range mission. Military commanders in Israel have described both as a possible means of monitoring Iran and other countries.

The Heron is also called “Eitan” in Israel and it appears to be the only Israeli drone capable of reaching Iran.

The statement from the Revolutionary Guards said the drone was on course to fly over the nuclear facility at Natanz.

If so, the fact that the drone managed to get so close raises questions about Iran’s detection capabilities, says BBC Persian’s Rana Rahimpour.

Iranian officials often point out that they have never started a war and are surrounded by enemies; the report about Iran’s claim that it had downed an Israeli drone fits their narrative of a nation besieged by outside forces.

Although Iran often engages in propaganda for domestic purposes, foreign drones, especially American ones, do fly over Iranian airspace. In 2011, the Revolutionary Guards said that they had hacked an American-operated RQ-170 and forced it to land in the desert near the Iranian city of Tabas. The drone was shown here on state television, and American officials later acknowledged that a drone operated by the Central Intelligence Agency had been lost over Iran during a surveillance mission over the country’s nuclear facilities. American officials said the drone had crashed after a technical malfunction.

Because the alleged shootdown seems to confirm Iran’s narrative, as The New York Times puts it, it should be taken with a grain of salt. It isn’t at all clear that Iran had brought down the American drone. The Times also reported that today President Hassan Rouhani “unveiled Iran’s new, locally produced missiles and drones.”

Iran claiming that it shot down an enemy drone would enhance Iran’s announcement of its domestically produced drone.

I’ll believe it when I see wreckage that isn’t (poorly) faked.

It seems just a BIT too convenient that hostilities start up in the Gaza Strip with Hamas after a cease-fire and suddenly, magically Iran manages to down a drone near the Natanz facility?

Alternatively, Israel might be closely monitoring Natanz just to make sure that Iran isn’t covertly diverting something nasty that Hamas can then use in an attack, since Hamas’ window of using tunnels to sneak into Israel seems to be closing.

It would be good policy for Israel to slip a cheap old drone over the facility once a month or so just to get the Iranian radars used to the process, even if they’re not shot down. That way when the real attack comes, they will be stuck with the idea that it’s just another old drone until its too late.

Could also be ELINT. Learning their electronic search and targeting characteristics.

“Yes, yes, little Iranians…shoot down our drones. Tell us all about how you guys do it.”