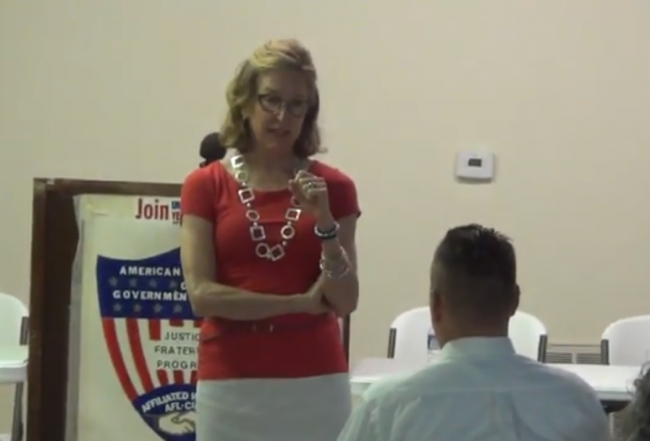 First, some context about this post: I live in Upstate South Carolina, less than 20 miles from downtown Charlotte, NC. I’m also an avid Jeopardy watcher.

Why is this important you ask? Well, ever since NC House Speaker Thom Tillis won the GOP primary for the U.S. Senate race in June, there have been non-stop television ads… on behalf of his opponent, incumbent Kay Hagan. If you think Alex Trebek can be annoying, combine that with wall-to-wall negative ads paid for by Harry Reid’s SuperPAC designed to “Romney” (verb) Thom Tillis.

My conventional wisdom and experience by the end of June told me that Harry Reid didn’t really need to win North Carolina anyway for him to stay Senate Majority Leader. I figured the post-June Hagan TV blitz in the relatively expensive Charlotte TV market was a test. I figured Hagan was doing well and Reid, along with other liberal groups, would have to move money out of NC to other places. I figured Kay Hagan was a “buffer” but when push came to shove the North Carolina seat was expendable for Reid and Democrats. And finally, I had convinced myself that the Romney-ing of Tillis had worked. Hagan’s numbers were climbing and I thought that Tillis had lost the summer and perhaps the whole election.

Boy, did I figure wrong.

The ad buy, the largest so far in North Carolina, would be paid out through the end of the campaign. It reflects both the outside interest in a race that will help decide control of the Senate and, some say, concern about Democratic incumbent Kay Hagan.

“It tells me a couple things,” said Jennifer Duffy, an analyst with the Washington-based Cook Political Report. “One, that she really is in trouble. They’re not going to spend that kind of money defending an incumbent who’s in reasonably good shape.

“Two, they’re going to do the negative ads because I don’t think her approval ratings can take any more hits.”

Four polls on the Senate race have come out in the past month and it seems Tillis survived the summer after all. The Real Clear Politics average has Tillis up slightly, but more importantly, Hagan is under 45% re-elect in all but one of the surveys.

In fact, as the result of their own tracking polls, last week Rasmussen moved the North Carolina race from Toss-Up to Leans Republican. Hagan only received 40% in their poll done in early August. One of the drivers of the race in North Carolina: Obamacare.

Thirty-nine percent (39%) of North Carolina voters have a favorable opinion of that law, while 56% view it unfavorably.

It seems clear now that not only is Hagan in trouble. Reid and the Democratic Senate Senatorial Campaign Committee have hit the panic button and are doing a money drop to save Hagan. The big question now…. how much money will they sacrifice if she truly is a lost cause for re-election?

Hi Bruce, haven’t noticed your “byline” before, welcome to the LI writing team and thanks for an interesting article!

He’s one of the new group of talented writers brought on to help blog as Professor Jacobsen has become a star of stage, screen, and television.

They should be flinging themselves lemming like after their crimes against humanity….

Snark Snark! (For the humor impaired)

I didn’t see any humor. All I saw was good advice to help improve society.

Not watching broadcast TV gives me the benefit of not having to see these ads. Must go give Tillis some money …

Now that the NC Senate (Under Tillis) has passed a raise for teachers – Hagan is toast.

I have been waiting for 6 years to vote against that lying two faced moron. I imagine my vote like a dagger sticking into the back of the Senator that betrayed North Carolina!

Eastern NC here. I remember all those Kay Hagan ads and speeches when she was *bragging* about having helped write the Obamacare laws. I’m guessing we’ll get another look at those closer to November.

However, Tillis may be a pyrrhic victory for NC conservatives. Tillis, if elected, will likely hook right up with the GOP establishment in DC soon as he gets there.

Bruce, I pray you’re right but fear November. Too much confidence from Republicans. In 2012, I KNEW, beyond any doubt, that Romney would be our president! My heart was broken. Bottom line, do not trust Libs. I will not feel peace until the election is over, and Cons/Rep take over Congress.

You “KNEW, beyond any doubt”? That is a perfect! Never let the facts get in the way of a good belief. “do not trust Libs” Why? Because while you were reading ‘unskewed polls’, the rational, fact based world was reading fivethreeeight?

Regardless of the outcome, you are the embodiment of a segment of the populace that believes rather than thinks; a segment that eschews facts in favor of faith.

You make a leap to rival the Grand Canyon.

So much faith, so little reasoning….

Here are some other things this could be telling us.

1. The prospects for Honest Democrat wins are much much much worse than anyone is talking about.

2. This massive waste of $9 million is a test as you said, but to see of there is any HOPE left.

3. The Dems have way way too much money. I’ve been getting 4 to 6 “spam” emails DAILY for about the last 2 months all asking for money and trying to PANIC voters!

When we say we’re begging, we’re serious. We’re in serious danger of failing short here. If we don’t hit our goal for President Obama’s call-to-action, it will be a huge victory for Boehner’s Republicans.

Listen, we need you right now. Can you help?

FYI
”
We just don’t know what else to do:

— the latest polls show that voters reject Tea Party Republicans’ extreme agenda
— but we’re getting outspent by 3-to-1
— and now, Boehner and Rove are piling on with even more Obama-bashing smears

The math is daunting: if we can’t cut the Republican advantage THIS WEEK, our chances of beating Boehner’s Republicans drop to zero.

That’s why President Obama emailed you this week. And Nancy Pelosi. And Joe Biden.

Listen, tonight’s fundraising deadline is our last chance to turn this thing around. We’re pleading — please chip in to President Obama’s call to action right now.

If you’ve saved your payment information with ActBlue Express, your donation will go through immediately:

Paid for by the Democratic Congressional Campaign Committee | 430 South Capitol Street SE, Washington, DC 20003
(202) 863-1500 | http://www.dccc.org | Not authorized by any candidate or candidate’s committee.

I love North Carolina. It always worried me that the state had a tendency to go purple. I hope it swings back red for a while.

Also Bruce I’m looking at houses in that area. Benefits of NC with SC taxes hah. You live in a beautiful area.

As with other states that get something good going on – Washington, Colorado, for example – the influx of people is from blue states. They never seem to understand that the Democrats are the reason there are no more opportunities in the states they left, so they insist on bringing their idiotic politics with them.

The Research Triangle and Charlotte’s rise as a banking center have been mixed blessings in that respect.

Which is why Texans keep a wary eye open – and fingers on the triggers.

My one caveat is to never overestimate the intellect of the average voter. Proof, the 2012 presidential election. After looking at two men, one who had a lifetime of public and religious service plus amassing a fortune through smart hard work and the other one of lies, obfuscation and secrecy with no notable accomplishments except fomenting discord among minorities against businesses and winning the first time because of false expectations. Between the “I don’t want no Mormon in the WH” crowd and the “I can’t be bothered with this stuff” crowd coupled with the 47% group look what we got.

Glad to see the addition of Bruce at Legal Insurrection. Long time follower of you in another venue.

North Carolina needs to atone for their own mistake in electing the ditz in the first place.

We should run ads with Harry Reid and Obama as Puppet Masters and Hagan as marionette. I don’t think she ever voted against them.

Hagan rode the coattails of Obama while he was lying through his teeth the whole campaign, against a sock puppet GOP empty blouse named Dole. North Carolina doesn’t need to atone for any damn thing, the NC GOP does for forcing on us do-nothing, honorarial Liddy Dole, consummate DC GOP insider and wife of that firebrand presidential GOP candidate Bob Dole, a good man, but horrible campaigner. The DC GOP leadership destroyed everybody who might oppose Dole in the primaries when she ran for her single term. Dole sat up in DC for 6 years doing absolutely nothing. In 2008, her campaign was so tepid that assorted instate newspapers questioned whether she was tanking it on purpose, ready to retire.

Funny thing is, all of the ads (and the coordinated Observer stories) tout her as the “most moderate Senator, not too left, not too right, just like NC.” Yeah, right. How many Obama initiatives did she vote against? Waiting for Tillis to strike back.

The daily newspapers in Charlotte and Raleigh are owned and run by the same company and both are absolute liberal rags, MSNBC on paper. Lefty Kay Hagan only *seems* centrist to the ultra libs writing and editoring at these newspapers. They are all Maddow types.

MSNBC on paper? That is one heck of an insult. It will leave a mark.

Labor Day is the deadline for the Demoncrats. If Kay Hagan looks to loose after the money drop, they’ll pull the support and throw it into Iowa and Colorado. The Democrats here in Iowa are terrified of looking Tom Harkin’s Senate seat to a capable conservative in Joni Ernst. If she get’s that seat, it is hers until she retires. Once people get to know her, they are going to love her.

What is happening is that Red State voting patterns are re-emerging. If the Republicans get their act together, Virginia and Ohio should follow suit as well in election cycles to come. Obama fatigue has finally set-in among low information voters. Thank God for that.

I’m looking forward to watching Joni on Youtube – castrating DC pigs. Might even be a cable series if she plays it right.

My parents live in NC; I’ve been getting an earful from them about how awful Hagan is. Not that I needed a lot of convincing 🙂

Live way out in western NC, but had to go to Raleigh this week. Passed a billboard, I think somewhere around Elon/Burlington area, that had a message something like: “Tillis and the Koch Brothers…bad for North Carolina.”