#BlockTheBoat – Once again BDS tells us it’s about destroying Israel

#BlockTheBoat – Once again BDS tells us it’s about destroying Israel

By raising the Hamas flag, they tell us how they really feel 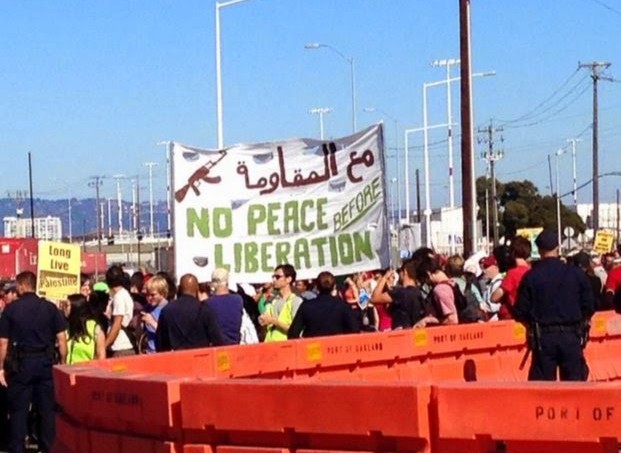 We have seen how on Twitter, and on the streets of Europe and elsewhere, the Boycott, Divest and Sanctions (BDS) movement tells us how they really feel.

And how they really feel is that Israel must be destroyed. That’s not, of course, what they and their compatriots as groups like Jewish Voice for Peace, tell gullible students on campuses. On campuses, they talk about ending the “occupation,” but what they don’t say is that they consider all of Israel (not just the “West Bank”) to be occupied territory.

In Oakland, BDS protesters tried to stop a ZIM line ship from unloading. ZIM is associated in the public mind with Israel, but it’s only one-third owned by Israelis. J.E. Dyer at Liberty Unyielding has excellent background, Anti-Israel BDS nuttery at the port of Oakland on the people involved and the futility of the protests. And yes, there is a heavy socialist-communist element: 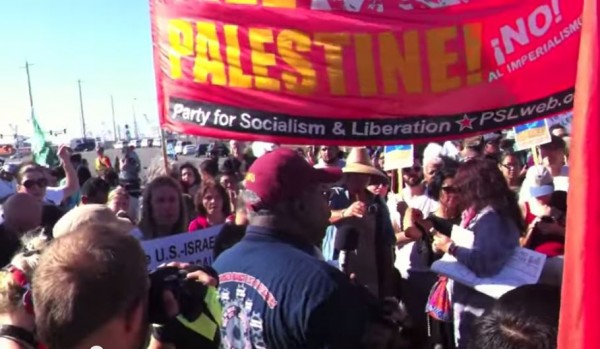 In this case, after a delay, the ship was unloaded anyway.

But not before dockworkers let it be known how they felt about these protesters interfering:

We're being pushed by cars and manhandled by dockworkers. We don't have the fucking numbers for this #BlockTheBoat pic.twitter.com/cO3DBZqJRU

What’s important is to note that at the Oakland protests, Hamas flags were flown (image and Featured Image via Pro Israel Bay Bloggers)

When they chant “From the River to the Sea, Palestine Will Be Free” what they really mean is: Destroy Israel.

Thank you for the clarity.

Always love it when the Collective comes out of hiding…

I find it particularly choice that people who purport to support “peace” do so by agitating in favor a a group (Hamas) pledged to eternal warfare.

The silhouette of an AK-47 is the world’s most popular peace symbol.

We’re being pushed by cars and manhandled by dockworkers. We don’t have the fucking numbers for this…

Oh come on you whiny babies, there’s no sniveling in the new Hitlerjugend.

“Student Organization Designates Itself as Terrorists!”