Academic left and Islamists joined at the anti-Israel hip

Academic left and Islamists joined at the anti-Israel hip 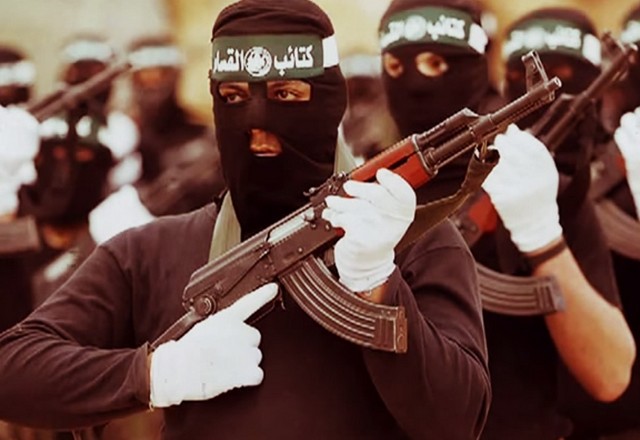 No, they don’t come right out and say they support Hamas, but that’s the effective message of the petition these historians signed, which condemns Israel for “war crimes,” and asks the US to withdraw military aid from the country. And Hamas? It’s never even mentioned. It’s as though it doesn’t exist.

Many of the original signers are members of the hard left. Even I recognized that fact from some of the names, and Ron Radosh—who was once a prominent leftist himself—recognized many more:

As a historian who has studied the American far Left for many years, and decades ago was part of, I immediately noticed that many on the initial list of signers are veterans of the already old New Left and either supporters of or fellow-travelers of the defunct Soviet Union and the Communist movement. Indeed, I know many of them personally, and are aware of their old affiliations and political allegiances.

I looked up the first eight or so people on the list, and it was an interesting exercise.

As expected, there’s a heavy representation from the various special interest “studies” departments that first caught on in universities as a result of Sixties leftist activism, especially the field of women’s studies.

For those who might wonder what all those feminists are doing on this list, considering Hamas’ treatment of women, the answer is that for the true believer, two and two makes five, or even six or seven or eight, if the left so wills it.

Others on the list are specialists in the Middle East, or in esoteric disciplines like that of Paul Buhle, whose field seems to be the history of radicalism (and, as an activist leftist from the 60s on, he certainly knows that terrain).

Lately Hamas has gotten a better press than ISIS, in no small part because of the propaganda efforts of leftists like so many of those on the list.

Of course, there are some differences. Unlike ISIS, Hamas is not striving to employ the most flamboyantly savage forms of death and dismemberment in order to outrage the sensibilities of the west—although, like ISIS, Hamas seeks to inspire other jihadis to join its ranks through its passionate devotion to violence.

Actually, Hamas probably would prefer that its killing sprees against its own not get all that much publicity in the west; its main aim is to dissuade any of its own people who might even think of acting against Hamas from doing so.

And unlike ISIS, Hamas would prefer that the west think it only has designs on Israel. But HAMAS is every bit as much a terrorist group as ISIS.

It suddenly occurs to me: who do academics hate more, the Jews or the United States? If there’s an alternative reading to this simply being blatant anti-Semitism, and I’m not looking that hard for one, it is that Israel is seen as a stand-in for the United States in a region that “belongs to someone else”. So, slapping the Little Satan into line is something more easily achievable than the wondrous long-term goal of slapping the Great Satan into line, which they’re certainly working on.

Obviously prying the US from Israel is a high priority goal since it weakens the US, which seems to be the truly highest goal here.

I guess it’s just hard for me to believe that ALL of it is uniquely motivated by hatred of Jews, rather than their being a proxy for a bigger target. I know anti-Semitism less than anti-Americanism, and the latter is what seems to run extremely thick through the veins of academics. Alas, the exercise itself is of course academic – supporting Hamas isn’t good for Israel or Jews generally.

P.S. ISIS doesn’t want better PR, it wants the PR of a brutal terrorist force. It could easily get better PR if it wanted.

who do academics hate more, the Jews or the United States?

That’s easily reconciled: recall that according to the anti-Semites, the Jews run the United States.

So they can hate both equally.

It makes you wonder — how would the US look if the story of World War II omitted all references to the German and Japanese armies? We’d look guilty of attacks on cities all over Europe for no apparent reason.

As far as Japan goes, many on the Left already do that, Hiroshima being “the last great crime of America’s racist war of extermination.” I can’t remember who used those precise words (it might have been someone at The Nation, around the 50th anniversary), but the attitude is widespread.

(Hmmm. Two down votes, but no negative comments. Makes one wonder…)

No need to wonder. Cowards are at work.

This is simply how the Collective works. You tell any fraction of a given story, or complete lies, to foster “the narrative”.

If any of these non-academic pretenders is interviewed, I want to know whether they are aware of the terms of the Hamas Covenant. http://middleeast.about.com/od/palestinepalestinians/a/me080106b.htm

The follow-up questions have to do with reading back some of the choice bits of this document, and asking them what they think about each quote.

If they get expansive, a further followup would be what they think of the Hamas Covenant in light of of the standards for Muslim belief and action as stated by the authorities on Islam in the document “A common Word.” http://www.acommonword.com

I view the asking of these questions of supporters of Hamas as fundamental journalism. It is time these people were required to answer some pertinent questions.

I seem to recall a book where, among other horrors, the governing elites rewrote history constantly to jive with their current actions and future plans or to get rid of troublesome facts.