As a new President is chosen, ISIS troops seem to be preparing for assault on Baghdad 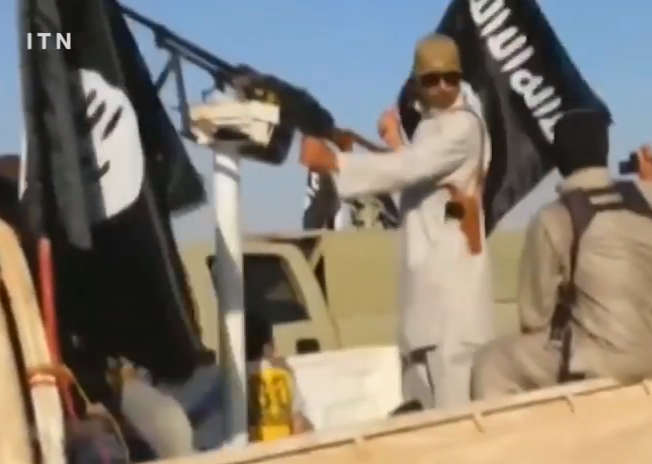 Every morning for most of 2014, it seems we wake up in dreaded anticipation of what horrible news has happened overnight and around the world. There are so many things going on — Israel/Hamas, Ukraine/Russia, passenger jets falling from the sky (or vanishing), the U.S. border crisis — that it is sometimes hard to fathom.

Let’s not forget the battle for Iraq is still in the mix. We covered the eradication of the Christian population in the territory held by the Islamic State on Monday. But the news of Iraq’s overall situation seems to have faded from the American news media’s short attention span the past couple of weeks.

There is a bit of good news on the political reconciliation front in Baghdad. The Iraqi Parliament elected a new President for the nation yesterday.

Since 2003 Iraq’s president has always been a Kurd, while the prime minister is a Shia and the parliamentary speaker drawn from the Sunni Arab bloc.

Iraq is facing a radical Sunni insurgency and is struggling to agree on a new coalition government.

The presidency is the second major government post to be filled, after Salim al-Jabouri was elected as parliament speaker last week.

Negotiations among Iraq’s political factions still continue as to who will become Prime Minister. Current PM Nouri al-Maliki wants to hang on, even though his Iranian benefactors are pushing him to step aside.

Iraq’s Prime Minister Nouri al-Maliki rejected an attempt by Iran to persuade him to step down, senior Iraqi politicians said Wednesday, underlining his determination to defy even his top ally to push for a third term in office and further exacerbating the country’s political crisis.

But the recent meeting between al-Maliki and Iran’s pointman in Iraq, senior General Ghasem Soleimani, was the first sign that Iran also believed he should go. Iran was crucial for al-Maliki in winning a second term four years ago, when Tehran used leverage over Shiite parties to ensure their backing for him during gruelling negotiations over a government at the time.

So while the political machinations continue to churn, the military situation on the ground doesn’t seem to be getting better. In fact, the Institute for the Study of War issued a terse bulletin this week warning of a looming battle to capture Baghdad by ISIS Islamist fighters.

ISW has observed a step change in ISIS’s activity in Baghdad and its environs that represents an escalated threat. ISW remains vigilant in light of this change with the expectation that ISIS will attempt a main effort before the end of Ramadan on 28 July 2014. ISW is therefore issuing a warning intelligence update for Baghdad.

Given the increase in kinetic activity within Baghdad city, and specifically the renewal of VBIED attacks, it is important to remain vigilant against the threat of an ISIS offensive in the capital, especially before the end of Ramadan on 28 July. ISIS may have positions inside Baghdad city, and ISIS likely retains extensive freedom of maneuver throughout the Baghdad Belts. The defense of Baghdad must take into consideration the possible operational targets of ISIS, as well as its ability to conduct a range of attacks that include mortars and complex attacks upon fixed sites. The military bases within and surrounding Baghdad must also remain prepared to withstand an attack. ISW assesses that BIAP is particularly vulnerable at this time.

What may come as the biggest surprise to Americans is that our military involvement in Iraq has increased in size and intensity since President Obama announced only 200 non-combat troops would be involved.

The U.S. has increased surveillance efforts and has sent additional military advisers to Iraq to better aid national forces and understand the expanding extremist insurgency there, officials told Congress on Wednesday.

Since extremists seized control of Mosul in June, U.S. surveillance flights over Iraq have increased to nearly 50 a day, up from one flight a month, said Brett McGurk, the deputy assistant defense secretary for Iraq and Iran, in testimony before the House Foreign Affairs Committee.

Whether or not there is a push by ISIS to capture Baghdad next week, the overall military situation doesn’t appear likely to improve for the rest of this year barring a major political breakthrough and significant Iraq Security Forces victory over ISIS.

isis, few more words and THAT could be Bill Clinton.

But seriously, there is but one way to deal with sunnys and shits and that is, is very similar to what Charles Martel, REALLY wanted to do.

With the current administration, you are right. They would find a way to kill more of our soldiers, and lose. This whole situation probably could have been avoided if our petulant red -diaper baby of a President had negotiated the Status of Forces agreement that had been tee’d up by President Bush. But no, the Democrats needed a defeat. Now we should commit our blood and yet more of our treasure to those wastrels? I think not.

Notice that the core problem is not really with the Shiites and Sunnis.

Smart Power™ – coming soon to a foreign policy disaster near you!