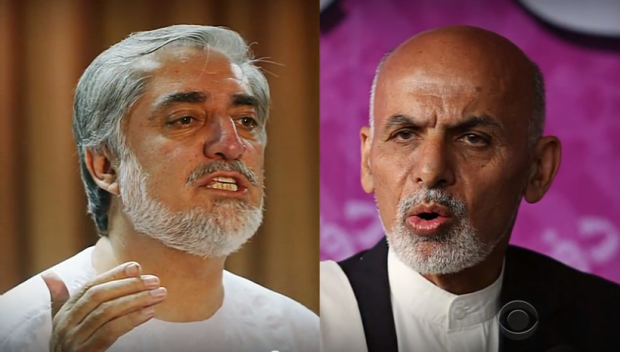 Back in the real world, however, the United States and its citizens paid a high price to liberate Afghanistan from the Taliban and end the al-Qaeda sanctuary in that country.

So one would hope that Americans would want to know that things in Afghanistan have gone from bad to worse since their presidential elections.

Driven by increased ground combat between insurgents and government forces, civilian casualties in Afghanistan surged 24 percent through the first half of the year, reaching their highest levels since 2009, according to the United Nations. The findings were released just as a Taliban attack unfolded in the densely populated center of Kandahar, the main city in southern Afghanistan.

At least nine people were killed in the Kandahar assault and the ensuing gun battle, including four civilians, Afghan officials said, violently illustrating how ground fighting, as opposed to improvised explosive devices, has emerged as the deadliest facet of the war. The United Nations report said that the death toll this year was especially high for women and children.

Abdullah told a rally of thousands of rowdy supporters in Kabul that he would fight on to win the presidency, but he called for patience from loyalists who demanded he declare a “parallel government” to rule the country.

“We are proud, we respect the votes of the people, we were the winner,” Abdullah said. “Without any doubt or hesitation, we will not accept a fraudulent result, not today, not tomorrow, never.”

Before he spoke, a huge photograph of President Hamid Karzai was ripped down from the stage – underlining the boiling anger among many of Abdullah’s supporters after the preliminary result in favour of poll rival Ashraf Ghani.

Afghan election officials on Monday said Ghani won 56.4% of the vote to Mr. Abdullah’s 43.6% in a preliminary count of the June 14 runoff. Authorities stopped short of declaring a winner as millions of votes could still be reviewed for fraud allegations.

And while the politics will play out in Kabul, the Taliban keep up their murderous tactics in towns and villages throughout Afghanistan.

“The nature of conflict in Afghanistan is changing in 2014 with an escalation of ground engagements in civilian-populated areas,” Jan Kubis, the United Nations special representative for Afghanistan, said in a statement. “The impact on civilians, including the most vulnerable Afghans, is proving to be devastating.”

Deaths and injuries to children caused by the increase in ground fighting more than doubled from the same period a year ago, while two-thirds more women were caught in the fighting. More than half of the casualties were the result of grenades and mortar shells landing on homes, in farmland and on playgrounds. The remaining injuries and deaths resulted from civilians caught in crossfire.

Luckily for everyone, John Kerry is on the case.

This says it all – “Kerry is going to Afghanistan”

Whether is was good or bad – or both, when George Bush left office Iraq was stable, Afghanistan was stable. This administration was squandered systemically every accomplishment of the previous Administration.

And while it is true that the previous Administration was no bargain, nothing compares with this one. Nothing.