Israeli Amb.: From safety of Qatar, “Hamas leaders … order room service with one hand, … Palestinians to serve as human shields with the other” 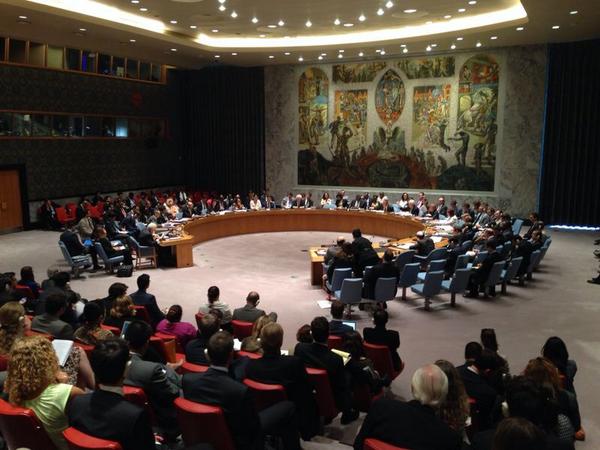 The United Nations Security Council held an emergency meeting at the request of Jordan. The live tweets are below. The main outcome is that Secretary-General Ban Ki-moon will leave Saturday for the Middle East to try to mediate a ceasefire. 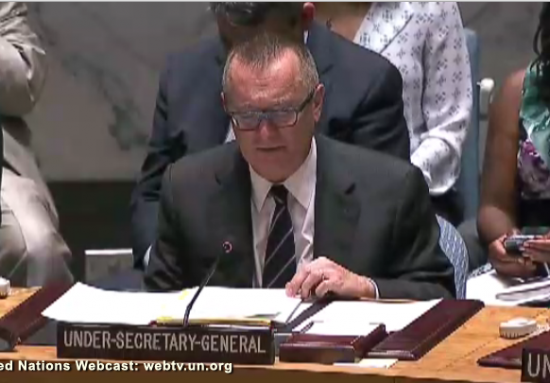 UN undersecretary Feltman: We call for immediate end for rocket fire from Gaza and Israeli attacks

UN undersecretary Feltman: The solution for Gaza is ending arms smuggling, opening the crossings and bringing back Gaza under PA control 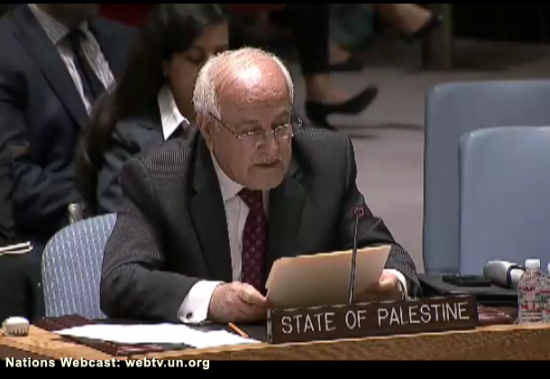 Palestinian Ambassador to the UN: "This is not self defence" "#Israel are terrorizing and traumatizing the population in #Gaza"

If #UNSC fails to act, #Palestinians have no option but to turn to @UN judicial bodies & Intl system re #Israel violations: Amb Mansour #ICC 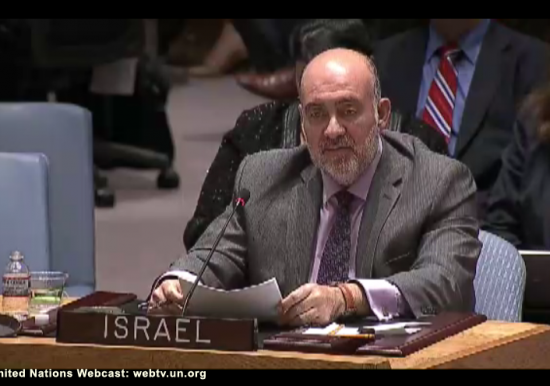 Israel UN envoy: We accepted every cease-fire offered but Hamas has rejected it

Prosor: In face of rockets, jihadists & kidnappings of children – #Israel was left with no choice

Prosor to SC: From safety of their luxury hotels in Qatar, Hamas leaders like Khaled Mashaal order room service with one hand (12)

Prosor (Continued): while ordering Palestinians to serve as human shields with the other. (22)

(Cont) Too long have I lived among those who hate peace.
I am for peace; but when I speak, they are for war (22) pic.twitter.com/9qi1BzT80C

.@AmbassadorPower: US supports Israel's right to defend itself

There’s an old saying about tits on a boar hog.

But even those have to have more utility than the U.N.

And they damn sure don’t cost much…

I won’t inquire as to your experience in the matter.

I’ve raised and slaughtered most kinds of livestock.

My undergrad degree is in a pre-veterinary program.

The UN is such a pathetic joke.

They call for an end to rocket fire from Gaza. Great, they’re ignoring you.

As ye reap, so shall ye sow.

There was once a justification for the UN. In the Cold War, before even the Hot Line, it provided a place where the superpowers could meet and ensure no messages were misunderstood.

Once Nixon opened relations with China and the USSR, there was little need for the UN. After the fall of the Soviet Empire and rise of modern communications, it is pure anachronism, just taking up valuable Manhattan real estate so the relatives, cronies, and friends of every despot in the world can party hard on the money of their poor people.

It’s long past its useful life. Time to withdraw and send them packing. If others wish to continue the charade, perhaps Brussels or Mombasa would provide a more appropriate site.

Don’t send them packing – offer them some nice rental real estate, say, in North Dakota, and a fair price (at a profit) on enough metal pre-fab quonset huts and such to house all of them (at fair rent), meeting rooms, etc.

Totally take back 100 % of Rock Center, etc, etc, get all those thousands and thousands of assholes from third world shit holes the hell out of NYC, get them away from their mansions and Broadway and limos and 5 star restaurants and 5th ave shopping etc etc.

Oh – and make the UN TOTALLY open it’s books, from top to bottom, every single line item needs to be public.

Quote: We call for immediate end for rocket fire from Gaza and Israeli attacks.

Undersecretary, the Israeli attacks will cease when the rockets cease TOTALLY for a period of not less than 30 DAYS, and not one moment before, and will resume IN FULL the INSTANT that a rocket leaves “Palestinian Authority” controlled airspace and enters Israeli Airspace.

The Israeli’s really need to start taking the tough line. If they’re going to be called murders, it’s high time that they start actually showing the world just EXACTLY how BAD it CAN get.

The comment from the Israeli rep about Hamas in Qatar was brilliant.

Samantha Power gave a mild defense of Israel, but you could tell her heart wasn’t in it. I wish John Bolton was still our rep, he’d of shaken up the room.

The Nigerian rep’s statement was particularly disappointing. She went on about how both sides need to negotiate. Does the Gentle Lady think that sitting down with Boko Haram to discuss their “differences” will end the kidnappings and murders?

But the goofballs of the United Kingdom inadvertently had a good idea: they think Israel should respond “proportionately”. OK, sounds good, Israel should indiscriminately fire 1500 rockets into Gaza. C’mon Great Britain, same is same.