John Kerry to the rescue (of Hamas?): Seven-day “truce” proposed (Updates – no truce yet)

John Kerry to the rescue (of Hamas?): Seven-day “truce” proposed (Updates – no truce yet)

Updates: Conflicting reports as to whether a formal ceasefire offer even was made 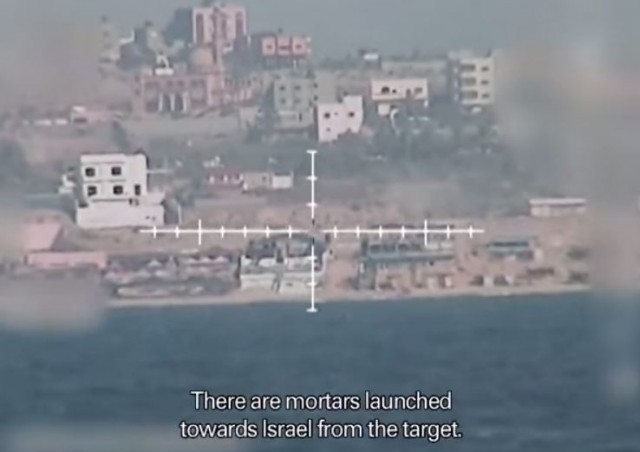 John Kerry has proposed a seven-day truce, during which time there would be negotiations over a longer-term ceasefire.

Hamas reportedly is going to accept the proposal, but that’s far from official.

The Israeli cabinet is discussing the proposal as we speak. Concerns are that Hamas, having rejected a ceasefire early on and finally beginning to crumble, will simply use the truce to redeploy and recover.

We will update when more is known, but you can follow the events in the live video and Twitter feeds at the bottom of the post.

A ceasefire that allows Hamas to rearm and reload likely will be unacceptable to Israel in light of the discovery that Hamas had planned a massive Rosh Hashonah attack through the tunnels that are being destroyed:

Israel’s Prime Minster Benjamin Netanyahu revealed on Thursday that Hamas was intending to attack Israel from dozens of tunnels in a coordinated simultaneous attack. At the beginning of Thursday’s special cabinet meeting the prime minister said, “These tunnels enable the enemy to open a multi-pronged offensive and carry out a massive terror attack inside Israel.”

According to security officials cited by Israeli daily Ma’ariv, the political echelon needs to give the military more time to eliminate the tunnels since “we are now not even halfway through.” The attack Hamas was planning, the officials say, “would have made Israel drop to its knees.” They added that even the tunnels destroyed until now takes away from Hamas a strategic asset the terror group has been working on for years..

IDF officers estimate that the job of destroying all the tunnel infrastructure will take another ten days to two weeks to complete:

And it’s neither a simple mission, nor a short one. If anyone in the political echelon wants to reach a ceasefire under any condition, they should go ahead and do that. It’s legitimate. But let us make no mistake: The tunnel threat cannot be removed any time soon.

This view is shared by senior IDF officers. The army opposes a ceasefire without accomplishing the basic mission it has been tasked with: Thwarting the threat of Gaza’s offensive tunnels.

Sergeant Major Bayhesain Kshaun, killed July 21st by an anti-tank missile fired in Gaza, May his memory be blessed pic.twitter.com/RcZL3WvYfj

The Israel soldier Hamas claimed to have “captured” has officially been declared dead by Israel:

We can confirm that Staff Sgt. Oron Shaul, 21, was one of 7 soldiers killed in the explosion of an APC on July 20 in Gaza.

Emerging current narrative is Kerry's offer DID NOT include continued IDF operations against tunnels, and that's what killed it (for now)

Channel 10's @MoavVardi cites participants in cabinet: "Kerry's offer seemed like Hamas offer"; no prospects of amending for the better

Egyptian Foreign Minister Shukri stated that both Israel and Hamas did not accept the Kerry ceasefire proposal.

!!??RT @markknoller: Kerrry says Netanyahu tells him reports that Cabinet rejected ceasefire are "not true" & will issue statement on that.

Kerrry says Netanyahu tells him reports that Israeli Cabinet rejected a ceasefire plan are "not true" & will issue statement on that.

Kerry denying a ceasefire deal was offered to Israel. Says Israel had nothing reject. "There was no formal proposal submitted to israel."

If Hamas is now agreeing to a cease-fire (it’s broken every other agreed-upon cease-fire with Israel), then it’s an admission that it’s in a weakened position, and wants a breather so it can regroup. Not because it seeks peace and reconciliation.

Called a hudna. A cessation so that the Muslim can get his bearings, re-assess, and then re-attack. We can only trust a Muslim to follow his Islamic instincts.

Please do not stop. Finish it now.

Get John F’ing Kerry as far away as you can, and get back to work.

Focus on what you want life in Israel to look like in the next ten years.

Secondary focus can be on how much better life would be for the NOT-Hamas dominated Palestinians.

John Kerry should take a truce vacation and get some wind surfing in. Better yet, Kerry should visit Nigeria’s Boko Haram and demand the release of the hundreds of kidnapped girls, girls who have been raped, abused, terroized, prostituted and mutilated under Islamic/Hamas/Irani/Satanic Law

In the mean time, Israel will show America how to protect its borders: Remove, destroy and decimate all tunnels, all access points.

Did we get a report back from Kerry regarding what he accomplished re Boko Haram? Or is that just no longer news.

After Nigeria and confronting the Loco Boko. John Kerry should go to Iraq and talk the barbarians out of mutilating all the females.

To be fair, it’s not just Kerry. Getting in the way when Israel starts to win is a longstanding American tradition.

Israel should tell Kerry “Yes, a truce, good idea. We’ll be out to talk in a sec; need to finish up here in the bathroom first and flush.”

Hamas is an enemy of the United States. They hate us as much as they hate Israel.
Why are Kerry/Obama working for Hamas?

Israel should tell them to go f… themselves, then finish doing what they need to do.

Kerry helped the Vietcong. Why shouldn’t he help Hamas? Fair is fair.

If you need affirmation of the Israeli policy just imagine that you and your family are being shot at by your next door neighbor with his family around him. Also imagine that you are trapped in a room with no wall between you and no escape. What would you do if you had a weapon that could stop the neighbor from harming or killing you and your family? Of course you would fire into your neighbor’s home with no regard for his family at that moment. Your only concern is for your family, not collateral damage to his family. The Israelis have actually tried to limit collateral damage as much as they can but 100% is not possible. Why can’t the world at least give them credit for trying? Does Hamas even think of preventing collateral damage? Hell no! That’s their intent!

So the standard of behavior is “Hamas is worse”.

No, you moronic troll! The standard is civilization versus barbarism.

Get off. You are clearly out of your depth here.

A cease fire needs to be unrelated to Israel’s gardening activites. Such as destroying tunnels.

Just in case they run out of material to fill them in with, they should stick John Kerry in the very next deep one before they finish filling it.

Dear Gaza, the slaughter will continue until morale improves.

…and we will judge improved moral by the cessation of attempts to kill and abduct Israelis via your terror campaign on, above, and beneath the surface of the earth.

Repudiate your stated…and acted on…intent to kill all Jews.

They should expel John Kerry and ask for a different representative. The Israeli’s realize that under Barack Obama and John Kerry the United States is not an ally of Israel.

Finish the job. Listen to the soldiers.

And he heard stories of islamists at that: “they had personally raped, cut off ears, cut off heads, taped wires from portable telephones to human genitals and turned up the power, cut off limbs, blown up bodies, randomly shot at civilians, razed villages in fashion reminiscent of Genghis Khan” (pronounced JENghis Khan)

And it’s twue, rewwy twue, the islamists did, after or while firing missiles from schools, churches, civilian neighborhoods and homes, UN’quarters.

Hopefully Israel will not fall for this trick by Obama and Kerry.

Finish the job. Do not stop until the threat is eliminated.

Kerry can go to hell.

I am thankful that this has happened before that massive attack was carried out.

No Cease Fire.
Gaza back to Israel.
Build Jewish settlements in Gaza now.
So-called Palestinians out of Gaza.

At this point, Kerry negotiating a cease fire is not helpful because it puts Israel in a horrible moral dilemma of pleasing the international community or defending its own citizens. Giving Hamas $47 million dollars also seems utterly wasteful and pointless. If he is insists on “proportionality” as some principle of war which everyone seems to be keen on these days, he should also give $47 million to Israel; they could do with some updated armoured vehicles.

If Kerry was a true diplomat or a true friend of Israel he would be jetting around the European capitals, injecting some stiffness into their spines and making himself available for interviews with European media so he could explain to the Europeans what their leaders apparently are unwilling or unable to explain.

Israel need not worry about pleasing the critics. They will never be pleased.

“Qatar is one of #Hamas main backers.”

And now, thanks to Obama, Qatar has 5 top al Qaeda commanders to help Hamas.

And $11 billion worth of weapons for them.

Obama is one of Hamas main backers. Also the Muslim Brotherhood and doubt ISIS.

Israel needs to ignore the United States. This administration is their deadly enemy.