Temporary cancellation of flights makes the choices stark for Israel 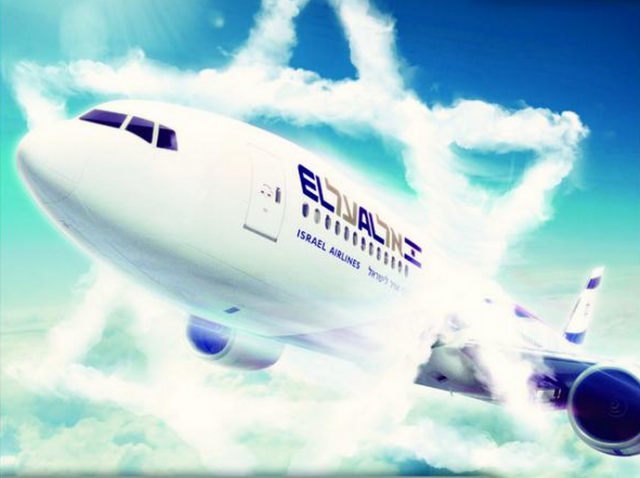 Part of the big news today is that multiple airlines have cancelled flights to Ben-Gurion Airport in Israel as a result of a rocket landing in a town nearby.

At first it was unclear if this was a unilateral action, or under pressure from governments. It appears that the FAA and European aviation authority issued a temporary order to that effect.

El Al continues to fly, as do some other airlines. But one cancellation can have a ripple effect as other airlines are questioned whether they are putting passengers at undo risk in light of other airlines’ can

The implications are enormous. Whether intended or not, Hamas has made the case as to why it’s rocket arsenal and infrastructure must be dismantled no matter the cost. It also has justified why Israel cannot give up security control of Judea and Samaria (the “West Bank”). Hamas has to fire a long way to scare away air traffic, but from the West Bank it’s practically a stone’s throw.

Alan Dershowitz points out, Has Hamas ended the prospects for a two state solution?(h/t Roger Simon):

Even more importantly, Hamas’ actions in essentially closing down international air traffic into Israel, considerably reduces the prospect of any two-state solution. Israel will now be more reluctant than ever to give up military control over the West Bank, which is even closer to Ben Gurion Airport than is Gaza.

Were Israel to end its military occupation of the West Bank—as distinguished from its civilian settlements deep in the West Bank—it would risk the possibility of a Hamas takeover. That is precisely what happened when Israel removed both its civilian settlements and its military presence in Gaza. Hamas took control, fired thousands of rockets at Israeli civilian targets and have now succeeded in stopping international air traffic into and out of Israel.

Israel could not accept the risk of a Hamas takeover of the West Bank and the resulting Hamas rocket attacks at the nearby Ben Gurion Airport. It may still be possible to create a two-state solution whereby Israel withdraws its civilian settlers from most of the West Bank and agrees to land swaps for areas that now contain large settlement blocks. But Israel will have to retain military control over its security borders, which extend to the Jordan River….

I think I had the immediate decision choice right in this tweet:

A shutdown of airlines operations at Ben-Gurion Airport will likely spur Netanyahu to decisive strike on #Hamas #Gaza http://t.co/ePgIT5cH8M

For 2nd time, rockets found at UN school in Gaza http://t.co/OnHwYEGGr8 that does it, really really nasty #UNRWA letter this time

The Golani Brigade commander was wounded in Gaza. Now he's back with his troops. Our commanders lead from the front. pic.twitter.com/oChzBDq8Ql

Prof. Eugene Kontorovich recently gave an interesting talk on the topic of the one state solution and its implications.
“Why Israel Should Not Be Afraid of a One State Solution — But the Palestinians Should Be”

Drive it home with all the violence, shock and awe possible. Raise the stakes against Hamas so high that the civilian population will turn against them.

If the carrot stops working, remove it from the stick, and apply the stick to the donkey’s backside!

How did the FAA arrive at this decision?

It’s a backdoor attempt to pressure Israel – these rockets pose no threat to air travel or the airport.

Like most Obama moves, it will probably backfire and force Israel to extend their offensive until they have found more stockpiles and collapsed more tunnels.

Good. It needs to happen. Half measures only encourage Hamas.

It seems to that the time has come to quit playing war and begin the war. Hamas should be told that all Israeli services to Gaza will cease immediately including the supplying of water, electricity, medical services, food and construction materials. Gaza residents will no longer be permitted to enter Israel to work or to get medical attention. Naval and air blockades of supply routes will be stepped up. When critical Israeli links to the world through Ben Gurion get cut the infamous red-line has been crossed. War is indeed hell and the perpetrators are the only ones who can stop it short of total victory by the superior force.

Why does this FAA ban reek of BDS??? A ban of this magnitude can only come with the approval of the WH who can (but hasn’t) just as easily issue a declaration that Hamas is a terrorist organization and no longer the legitimate government of Gaza.

The proper response from the US Government would be to scramble jets and escort American aircraft into the airport. If Hamas wants to take a shot at us, level the entire freaking block. It’s too bad our government is being run by cowardly morons.

the ban could be an overreaction to the downing of MH17. The Malaysian aircraft was flying in an approved corridor flight path. The flight plans had been approved by the aviation authority prior to take-off and look what happened.

Basically, it was not Malaysian Airlines who stuffed up but the Civil aviation authority that gave them permission to use that corridor.

The issue relating to Ben Gaurion airport is that if there is any possibility of a civil aircraft being hit by these rockets and more deaths as a result there will be a lot more in the way questions being raised about allowing such flights in the first place.

The decision effectively cuts off Israel, but it is temporary. I hope that Nethanyu will continue to ensure that all of the tunnels are destroyed… and that Israel will continue to assist children who are wounded in the conflict.

The MAlaysian planes were diverted from Ukraine to – wait for it – Syria .

El Al is still flying so the military supply lines won’t be completely cut off, but if it goes on for long it’s going to degrade Israel’s military capabilities and harm its economy. Funny how this happens within about 24 hours of John Kerry arriving in Cairo to play peacekeeper and two days after his embarrassing hot mic incident.

Well,Bibi should take full advantage of a bit of quiet time to finish things up.

Legal Insurrection indicates it is comfortable with all Jews leaving the West Bank if Israel can maintain military presence. This is a mistake.

Legal Insurrection’s quote “Israel cannot give up security control of Judea and Samaria” implies a distinction between a security presence and a “settlement” presence.

Legal Insurrection should be, IMO, more intelligent that to shill for Alan Dershowitz.