Plus, true anti-Semitic face of Israel hatred shows its face some more in Europe 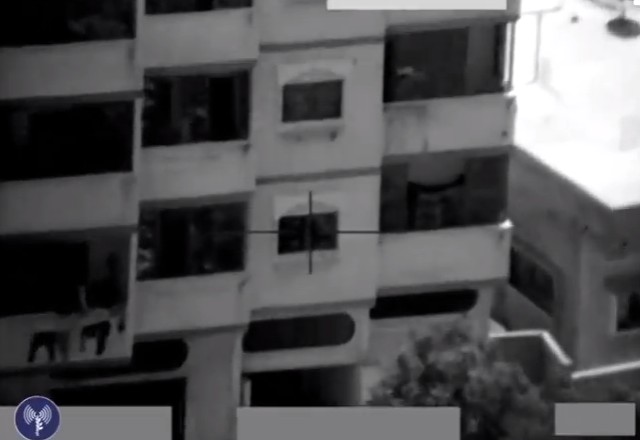 According to Ynet nine soldiers were killed Monday in separate incidents. Israel also announced that one of the soldiers killed in Sunday’s armored personnel carrier attack has not yet been accounted for. Although not all the circumstances are clear, it appears Hamas may have retrieved body parts and/or belongings to the dead soldier:

The seventh soldier is Sgt. Oron Shaul, 21, from Poria. We are still working to identify his body.

Hamas claims it captured IDF solider, but much more likely they have part of body, according to IDF officer I spoke to.

Of the 27 Israeli soldiers killed so far in Operation Protective Edge, 6 of them have been killed inside of Israel, not Gaza. In separate incidents soldiers were killed by terrorists emerging from terror tunnels:

The Washington Post has an excellent article on the threat that the terror tunnels pose. It’s an extremely informative article that also is clear about the resources that go into these tunnels and observes that “the objective of the underground network was ‘to surprise the enemy and strike it a deadly blow that doesn’t allow a chance for survival or escape or allow him a chance to confront and defend itself.’” Notably over the July 4th weekend Israel bombed one such tunnel and last Thursday prevent an infiltration through another. In the first case it launched Operation Protective Edge; in the second case it followed with ground operations.

“We’ve expanded the forces on the ground in order to accomplish that mission,” said Capt. Eytan Buchman, an Israeli military spokesman. “All of Gaza is an underground city, and the amount of infrastructure Hamas built up over the years is immense. There are tunnels, extended bunkers, weapons storage facilities, even within urban areas.”

Analysts said the tunnels are a major prong of Hamas’s military strategy against Israel. The IDF has sussed out 36 of what it calls “terror tunnels,” but there are probably more. While the Gaza Strip remains mired in poverty — the 2011 per capita income was $1,165 — Hamas is thought to have sunk more than $1 million into the excavation and maintenance of every tunnel. “Much to the misfortune of the people of Gaza, Hamas has invested far more resources in ‘underground Gaza’ than in ‘upper Gaza,’” wrote al-Monitor’s Shlomi Eldar. “The ‘change and reform’ that Hamas offered its voters was invested in its tunnels at the expense of the people of Gaza.”

Hamas spent $1 million and 2 years on just one of the 36 tunnels into Israel, while #Gaza starved http://t.co/IoYqdYzjY1 via @washingtonpost

The New York Times reports on the anti-Israel riots sweeping Europe (and other places).

The conflict between Israel and Hamas militants in Gaza is spilling into the streets of dozens of cities in Europe, as thousands of pro-Palestinian protesters have depicted Israel as the aggressor and sought to isolate it internationally.

Thousands of demonstrators gathered over the past several days in Paris, Berlin, Vienna, Amsterdam and other European cities in mostly peaceful expressions of support for Palestinians in Gaza, where Israel has carried out a 14-day offensive aimed at stopping rocket fire and closing tunnels used to infiltrate fighters into Israel. In addition to the large number of Palestinian casualties, the conflict has also resulted in the deaths of 20 Israelis, almost all of them soldiers.

Some of the demonstrations took on a distinctly anti-Semitic tinge, although the organizers said they were designed solely to protest the Israeli incursion into Gaza that has left 500 Palestinians dead, many of them civilians.

The anti-Semitic violence is ascribed to “a radical fringe among pro-Palestinian protesters.” But is it? A French Jewish leader said, “The conflict in Gaza is happening in the Middle East, while we are the Jews of France, and we do not want to import this conflict into France. Anti-Zionism is the new face of anti-Semitism in France.” A German Jewish leaders said, “Never in our lives did we believe it possible that anti-Semitism of the most primitive kind would be heard on the streets of Germany.” It doesn’t sound so limited.

France’s Interior Minister Manuel Valls was (as he was done before, to his credit) reported saying, “What happened again yesterday in Paris — unacceptable unrest — justifies all the more the brave choice by the Interior Ministry to ban a demonstration.”
Valls also “warned of a new type of anti-Semitism he said was ‘spreading on the Internet, on social media, in our working-class areas, among young people who are often directionless, who have no awareness of history, who hide their hatred of the Jews behind a mask of anti-Zionism and behind the hatred of the Israeli state.’”

Ahmari observes that at the pro-Palestinian rallies there are Hamas and Hezbollah flags. Something tells me that he doesn’t buy the “radical fringe” characterization.

Since starting our ground operation in Gaza, we have struck 1,388 terror sites and killed 183 terrorists. pic.twitter.com/g7FtwHq1Tc

Israelly Cool published an analysis of the fatalities based on the reporting of Al Jazeera. Broken down by age it appears that most Palestinian deaths attributed to the fighting are men between the ages of 18 and 28.

As you can see, over 80% of Gazans killed so far have been male, with almost half of these males being in the 18-28 age group. One can imagine many of these being “combatants.” A further 20% of these males are between 29 and 48, an age group one could envisage may also contain many Hamas members.
In other words, these figures bring into question how many of those killed were really innocent civilians.
What these figures also indicate is if Israel was indiscriminately killing Gazans, the representation in terms of gender and age would be broader (with relatively more children killed than the approx 18%, considering nearly 50% of Gazans are under the age of 14).

IDF field hospital at Gaza border is open. We are working with Red Crescent to treat wounded Palestinians from Gaza. pic.twitter.com/yRujLUozrx

Hamas has fired more than 2,040 rockets at Israel in the past two weeks. That's more than 145 rockets a day. pic.twitter.com/8O7DKJ6zYK

How can Israel get the message out more effectively about the incredible lengths the IDF goes towards preventing civilian casualties?

Why does being “pro=Palestinian” mean “Jew hating”?

It’s a dodge, much like “anti-Zionism” is nearly always a thin disguise over blatant anti-Semitism.