Concludes a blanket ban of carry of handguns outside the home cannot survive ANY level of scrutiny, and is therefore unconstitutional. 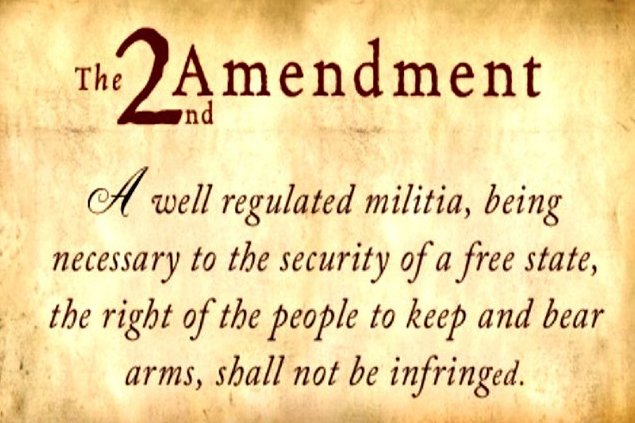 Well, well, well–I guess the big guy upstairs knew I could do with a pick-me-up while I struggle through this respiratory infection.  And boy, did he deliver big (with a h/t to Ace of Spades HQ).

In light of Heller, McDonald, and their progeny, there is no longer any basis on which this Court can conclude that the District of Columbia’s total ban on the public carrying of ready-to-use handguns outside the home is constitutional under any level of scrutiny. Therefore, the Court finds that the District of Columbia’s complete ban on the carrying of handguns in public is unconstitutional.

This should, of course, be the common fate of virtually every gun law currently on the books, particularly when (as is the only proper legal course) strict scrutiny is applied to the thousands of state and Federal laws that continue to irrationally infringe our rights to keep and bear arms.

Kudos to Attorney Alan Gura, for his continuing masterful efforts in defense and promotion of the Second Amendment to the Constitution of the United States of America.  As Alan noted in his own blog, Reality-Based Litigation:

In 2012, I won Moore v. Madigan, 702 F.3d 933 (7th Cir. 2012), which struck down Illinois total ban on the carrying of defensive handguns outside the home. With this decision in Palmer, the nation’s last explicit ban of the right to bear arms has bitten the dust. Obviously, the carrying of handguns for self-defense can be regulated. Exactly how is a topic of severe and serious debate, and courts should enforce constitutional limitations on such regulation should the government opt to regulate. But totally banning a right literally spelled out in the Bill of Rights isn’t going to fly. My deepest thanks to the Second Amendment Foundation for making this victory possible and to my clients for hanging in there. Congratulations Americans, your capital is not a constitution-free zone.

No doubt the pols of the District of Columbia will continue to fight tooth and nail to deny American citizens their Constitutional right to keep and bear arms in the public ways of our Capital city–commenter Christopher Talbot at Ace of Spades suggests they’ll now pass a holster ban–so the fight is far from won.

This piece of the victory, however, makes for a very nice Saturday afternoon, indeed! And here, as promised, is the full-length of the decision. Enjoy!

So, suddenly, DC is Constitutional Carry?

DC will make complying with the requirements to carry publicly so ridiculous as to effectively be a ban.

That won’t work, and for several reasons…

Federal judges retain the policing of their own injunctions.

This judge would see through any such subtrafuge, and slap it down.

ALSO, from the decision…

“Accordingly, the Court grants Plaintiffs’ motion for summary judgment and enjoins Defendants from enforcing the home limitations of D.C. Code § 7-2502.02(a)(4) and enforcing D.C. Code § 22-4504(a) unless and until such time as the District of Columbia adopts a licensing mechanism consistent with constitutional standards enabling people to exercise their Second Amendment right to bear arms.4 Furthermore, this injunction prohibits the District from completely banning the carrying of handguns in public for self-defense by otherwise qualified non-residents based solely on the fact that they are not residents of the District.”

Hope you’re right, however after Heller DC did as I suggested with simple ownership. Check out “Emily Gets Her Gun” by Emily Miller as she recounts her travails in legally purchasing a handgun in DC. Also unless you are connected it is nye impossible to get a carry permit in Maryland which is a “may issue” state.

“May issue” is next on the list. The use of subjective rather than objective standards in licensing can be easily argued as a 14th amendment violation.

“May issue” was challenged in Maryland and a Federal Appeals court allowed the law to stand.

The challenges must continue to gain ground.

@MarkS: “May issue” was also challenge in the 9th Circuit, in a case against the Santa Barbara (CA) Sheriff’s Office. The court declared the “legitimate need” requirement – central to the “may issue” scheme – unconstitutional.

Other circuits have upheld or struck down similar requirements. We now have circuits split over the issue; SCOTUS thus far has refused to hear an appeal, and we’re running out of circuits.

That’s what Chicago is doing.

Can’t wait for the release of ‘Emily Gets Her Permit’.

We can expect the predicable “the sky is falling” response from the left, that the streets of DC are going to be littered with bodies from shootings.

In answer we simply point to Heller and MacDonald. The sky didn’t fall then; it won’t fall in DC.

Just as one would expect, the DC streets ARE fairly well littered with victims of people shooting other people.

Which is illegal, doncha know…

This is indeed the best news I’ve heard in quite a while. And I don’t even live in DC!

If they try to appeal this to the SCOTUS, what are the odds they’ll grant certiorari?

I thought that the interesting point here was the way that Plaintiff Raymond’s claims were handled. He is the non-resident, and footnote 5 states that “As stated above, with respect to Plaintiff Raymond’s Second Amendment claim, the District of Columbia may not completely bar him, or any other qualified individual, from
carrying a handgun in public for self-defense simply because they are not residents of the
District.” But, that came after the Court decided that his claims were not yet ripe, since both residents and non-residents were essentially being treated the same (no one was being allowed to carry in the District, except for former police, etc.)

I, along with probably others, given his inclusion as a plaintiff, had hoped that the ban on non-residents being allowed to carry within the jurisdiction, would be struck down on Equal Protection, or similar, reasons. Not yet. And, this is a problem, as shown by the woman recently arrested in New Jersey.

Challenges to California’s non-resident carry ban (they don’t recognize out of state permits) have the same problem.

In Chicago, a total ban on gun stores was struck down.

So, they came up with a new ordinance – one that only banned gun stores in 99.5 % of Chicago. And made it nearly prohibited in the remaining 0.5 %. IF you can even find a space for lease there.

How much you wanna bet DC comes up with something like ‘OK, you can carry handguns BUT :

Only on the side walk in front of police stations.

Because after all, DC is so nice and safe now….

They take mayors who are caught on camera smoking crack in a hotel room with a whore, who go to prison, and then re-elect them Mayor, then to the City Council ( who do things like write local gun laws).

Until SCOTUS settles this issue for once and for all, everything remains up in the air.

Though the District Court’s decision is encouraging, one must be cautious of the ultimate outcome which remains to be rendered…

I am amazed at the total lack of media attention on this ruling.

“I am amazed at the total lack of media attention on this ruling.”

I’m looking for the /sarc tag you obviously left off…

The MSM liberal media will always under-report such significant events. It’s in their charter to do so.

The one Gun Law/regulation/rule that will actually save lives if repealed will be the Gun Free Zones.

I believe that the majority of mass shootings in the past 20 years have been in areas where lawful gun possession has at least been discouraged if not outright banned.

I only refer to “Gun Free Zones” as “Victim Rich Environments”.

The Constitution doesn’t grant any rights, It confirms by common law that those rights already exist, and are the Rights of a Freeman not subject to government intervention or leave, Any law that restrict the right of freemen is on the face Unconstitutional, Only if you are in violation of law is there any right to restrict any Constitutional Right, Even in the SCOTUS decision: Castle Rock v. Gonzales, No. 04-278

The only time the police have a duty to protect an individual is after they arrest that Individual and suspend Their ability to defend themselves from attack.

So on it’s very face, any law denying the right to the means of self defense fail the Constitutional Test of the II Amendment,

Andrew, thanks indeed for some good news. And I hope your respiratory infection gets better fast and you feel much better!

A step in the right direction but vigilance and challenge is the only way to continue to be free of government intervention into the Constitution.

meanwhile, here in #Failifornia, Kamala Harris is having a snit fit…

It’s about time. The right to self-defense is not exclusive to government agents and criminals.

DC’s Chief of Police has announced permits are going to be issued for concealed carry and that they will recognize carry permits issued by every state. DC citizens will be able to carry and everyone who can legally carry I any state can carry in the District without being harried by the police!

Apparently the Chief does not want her name on any citations for contempt.

Not harried by police? The way I understand it you can carry a registered handgun which means the police will make your life miserable while they determine your lagallity

“can legally carry IN any state”, not “I any state”. Sorry.