The District of Columbia asks for a stay of order suspending handgun public carry ban pending appeal, or at least for 180 days to draft compliant carry licensing mechanism. 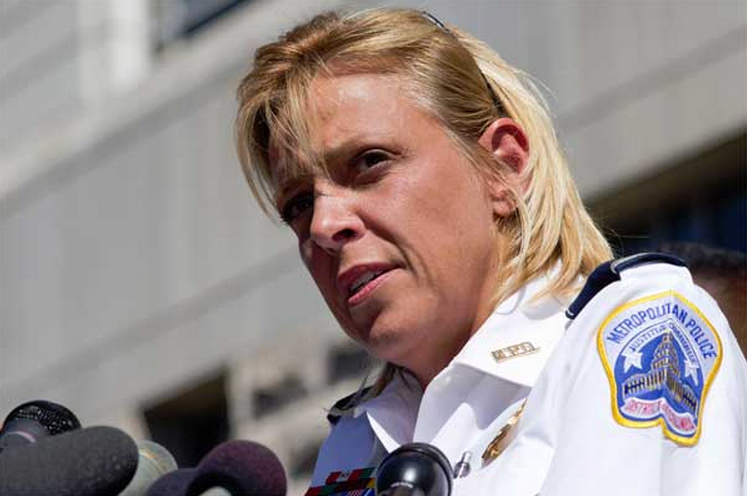 Not that it comes as any surprise, but Washington DC has filed an appeal for a stay of the Palmer v. DC ruling this weekend that ordered stopped DC’s laws banning the public carry of handguns.

This District’s motion asks for a stay pending appeal of the DC Court’s ruling, are in the alternative a stay for at least 180 days to allow the District to enact a compliant gun carry licensing mechanism.  Of course, they also request an immediate stay while the Court considers the District’s motion.

The District’s motion states that they have consulted with opposing counsel–presumably Alan Gura–who has indicated that they do not oppose a 90-day stay, effective immediately, “pending the city council enacting legislation that complies with constitutional standards.”  Opposing counsel also intends to file their further views on the motion by August 4.

In the meantime, aia the Washington Times:

D.C. Metropolitan Police Chief Cathy L. Lanier issued guidance late Sunday to police officers on how to enforce gun laws in the wake of the ruling and to outline scenarios under which the carrying of a firearm would be illegal.
…
“Under the current ruling, possession of a firearm outside of the home or business in and of itself MAY NOT be criminal,” Chief Lanier wrote in a memo issued to police and the public. “For example, a District resident that has a legally registered firearm may legally possess it outside of the home or business. However, District residents are still PROHIBITED from possessing a firearm that is not legally registered in the District.”

UPDATE: U.S. District Judge Frederick J. Scullin Jr. has granted the District of Colombia’s motion to stay his weekend order to suspend DC’s handgun carry ban laws, reports the Washington Post today.  The District had requested a stay pending appeal, or in the alternative for 180 days during which they could craft compliant carry regulations.  They noted in their motion that opposing counsel did not oppose a 90-day stay.  Today Judge Scullin granted them the unopposed 90-day stay.

For those of you interested in “the whole thing,” here you go:

When guns are outlawed, only outlaws have guns.

When 30-round magazine clips are outlawed, Dick Gregory will have one.

“When 30-round magazine clips are outlawed, Dick Gregory will have one.”

That would be the Dick Gregory rumored to be under psychiatric evaluation by his employer?

That is exactly the kind of comment that makes this blog a joy. Don’t stop!

Speaking of 30 rounders, a Federal judge ruled that NY couldn’t ban them and another ruled that Colorado could. Do we have a different US Constitution for different parts of the country?

Ultimately, we have a government of neither laws nor men, but of Anthony Kennedy.

The Judge in Colorado was probably Rocky Mountain high.

Dick Gregory or David Gregory? Or are you using the first to fairly accurately describe the second?

When guns are outlawed, only Carl Rowan will have guns.

When guns are outlawed, only the government will have guns.

The prospect of which is more frightening only because Carl Rowan is on the other side of the grass!

Key Phrase: “However, District residents are still PROHIBITED from possessing a firearm that is not legally registered in the District.”

Being as that registration process is somewhat akin to becoming a Jedi Master (As documented by Emily below), that would seem to mean that a DC resident is going to have exactly the same giant ball of paperwork to push eternally up the hill as before, while an out of state resident might just possibly be able to drive through the district with an empty shell casing in their car without fear of being thrown in jail for ten years.

Sore losers want a chance to continue violating the second amendment for another 6 months.
Even 90 days seems too long to me.

All they have to do is copy and enact “gun carry licensing mechanism” from one of several states that abide by the Constitution.

Uh, what happens if crime rates go down in D.C.? Seems to me that that possibility is already causing leftists to have both heartburn and insomnia.

Crime rates go down in DC whenever congress goes on recess.

And if they leave it alone, and nothing changes for the worse?

Excuse me, 180 day to come up with a system so convoluted that it will take another 4 years in court to have it over turned by a Federal Judge.

They already had 4 years to come into compliance with the previous Supreme Court Ruling, So why should then now be allowed another 180 days to screw up the Constitutional Rights of the DC residents and visitors again?

Should Adam Kokesh be breathing a sigh of relief?

Legal question… I understand if a law is ruled “overly broad” or “poorly written” or “open to interpretation” and is ruled unenforceable until the legislators can correct the mistakes or re-write the law that a stay in the ruling may be appropriate. But, I thought when a law is found to be unconstitutional that it is null and void, as if it had never been written. If so, how can a judge stay (keep it active and “on the books”) an unconstitutional law?

16Am Jur 2d., Sec. 256:
“The general rule is that a unconstitutional statute, whether Federal or State, though having the form and name of law as in reality no law, but is wholly void and ineffective for any purpose since unconstitutionality dates from the enactment and not merrily from the date of the decision so braining it. An unconstitutional law in legal contemplation is as inoperative as if it never had been passed. Such a statute lives a question that is purports to settle just as it would be had the statute not ever been enacted. No repeal of an enactment is necessary, since an unconstitutional law is void. The general principles follows that it imposes no duty, converse no rights, creates no office, bestows no power of authority on anyone, affords no protection and justifies no acts performed under it.

How can it take 90 days to get something done? Surely 30 is sufficient.