With the media focused on one murder case, the ongoing violence against Israelis is largely ignored 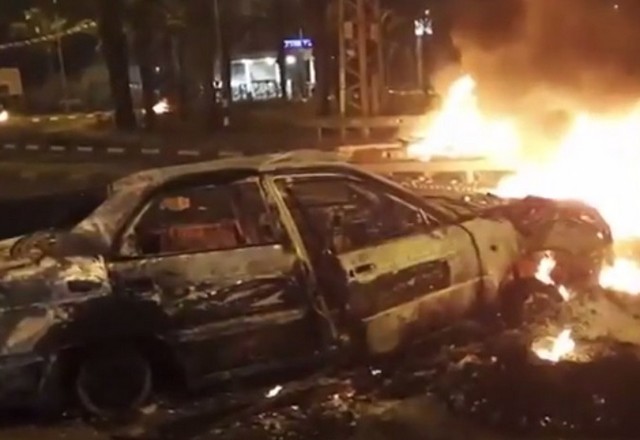 While the media has been focused on the arrests of up to six Jews in the killing of Mohammed Abu Kheidr, Arab violence against Israel has been continuing.

Three rockets hit the Eshkol Regional Council area , one of which started a brush fire, and an additional two rockets landed in open territory in the Ashkelon Coast Council region.

In addition for the first time since 2012, a rocket hit Be’ersheva. 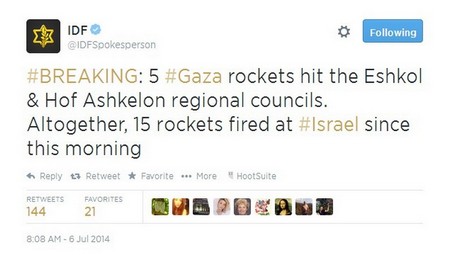 Elder of Ziyon notes a number of attacks in and near Jerusalem and elsewhere over the weekend; including the torching of Joseph’s Tomb in Nablus (Shechem)…

an unsettling video of bus being stoned …

and marking Jewish homes with Jewish stars and swastikas.

Any of these events done by Jews would be causing worldwide headlines. But the world has a different standard for how Arabs are expected to act.

The clashes erupted when masked protestors who were standing on the road began asking passing drivers whether they were Jewish or Arab. Two Jewish drivers who answered in Hebrew were forced out of their vehicles and attacked by the protestors. The two drivers sustained light injuries.

One driver was able to get back into his car and fled the scene while the other driver fled the scene on foot, leaving behind his vehicle, which was set on fire and burned completely. Local police confirmed that the driver filed a complaint with the police for assault and the torching of his car. 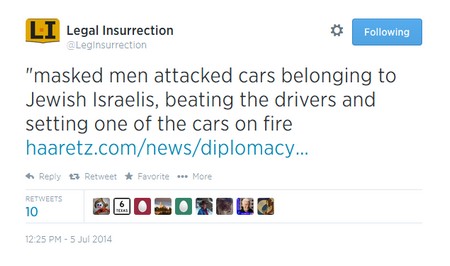 There was also an attempted kidnapping of a Jewish child reported in Jerusalem.

Public Security Minister Yitzhak Aharonovitch said Saturday that there would be zero tolerance for people who decided to take the law into their own hands, following violent clashes in Arab Israeli towns in the north and center of the country on Friday and Saturday.

Aharonovitch said police would not allow violent disturbances to go unanswered and promised that justice would be served to “troublemakers.” 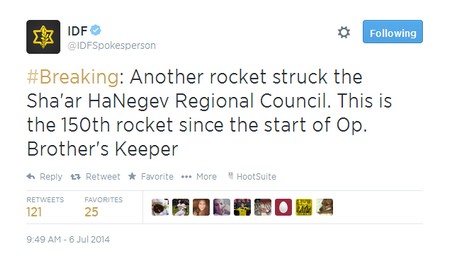 Israel has announced an arrest in the murder of 19 year old Shelly Dadon two months ago. 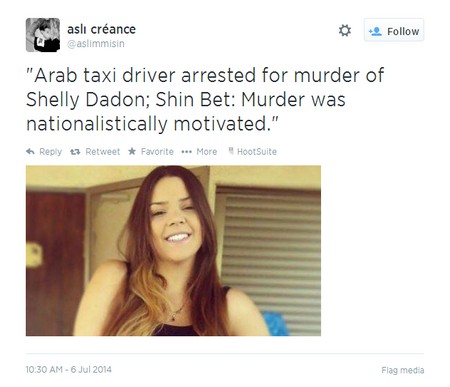 Despite the widespread belief that her murder was terror there was no widespread rioting by Jews against Arabs. 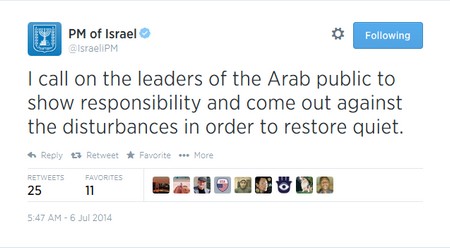 Reporting and international condemnation of the violence directed against Israel has been muted. 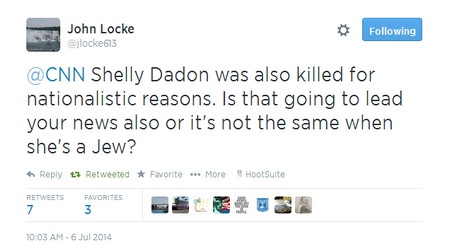 I noticed a headline this morning about a “Florida teen”, an Israeli Arab beat up in a riot in Israel. Strange, no headlines about another American citizen kidnapped and murdered by Arabs.

Just more of the double standard at work — http://rhymeswithright.mu.nu/archives/350291.php

What the Arabs are doing is an understandable response to one of their own possibly murdered by Jews.

But then wasn’t them murder itself OK if revenge is all right?

And the proper answer is, as the feminists always told us, “you don’t get it”.

The cry of the bully.

The fact is, leftists EXPECT Jews to behave in a more civilized fashion than Arabs. They won’t admit it, but they do.

Islam is and always has been violent. It is the most bloodthirsty religion ever.

A wise man once said, “Islam in a man is like rabies in a dog.”

During their ‘holy’ days, Islam steps up its murdering game.

There is nothing good about this evil system.

Leverage. They are equally disingenuous in America. I wonder how the politicians, journalists, and activists do their cost-benefit analysis to determine which event can be exploited for profit.