Will James Risen of NY Times go to jail to protect source?

Will James Risen of NY Times go to jail to protect source?

I’m guessing no, because Holder probably will not seek jail time involving an exposé of the Bush administration. 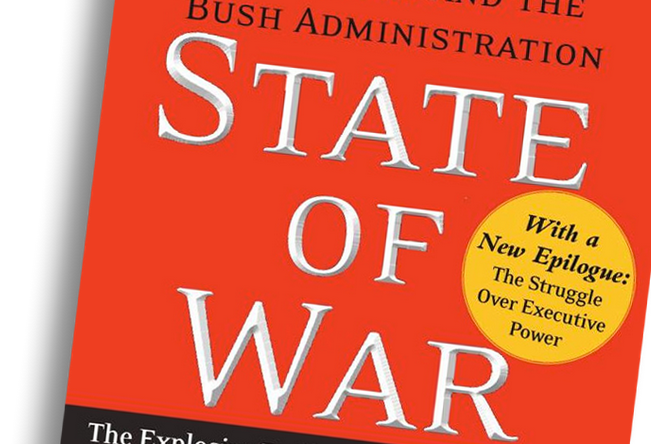 If Eric Holder wants to force James Risen to reveal a confidential source or go to jail, it looks like Holder could get his way after the Supreme Court today declined to take an appeal from NY Times reporter James Risen.

WaPo elaborates on the background of the case:

In a 2006 book, “State of War: The Secret History of the CIA and the Bush Administration,” Risen detailed classified information about the CIA’s efforts to disrupt Iran’s nuclear program. Prosecutors want Risen to testify in its prosecution of Jeffrey Sterling, a former CIA analyst.

A district judge had said Risen did not have to testify. But a panel of the U.S. Court of Appeals for the 4th Circuit in Richmond disagreed in a 2 to 1 decision. The majority said that under Supreme Court precedent, the First Amendment does not protect reporters from revealing who supplied them with unauthorized leaks.

“Risen’s direct, firsthand account of the criminal conduct indicted by the grand jury cannot be obtained by alternative means, as Risen is without dispute the only witness who can offer this critical testimony,’’ wrote Circuit Judge William Byrd Traxler Jr.

The NY Times reports on the significance of today’s court action, Supreme Court Rejects Appeal From Reporter Over Identity of Source:

The Supreme Court on Monday turned down an appeal from James Risen, a New York Times reporter facing jail for refusing to identify a confidential source.

The court’s one-line order gave no reasons but effectively sided with the government in a confrontation between what prosecutors said is an imperative to secure evidence in a national security prosecution and what journalists said is an intolerable infringement of press freedom.

The case arose from a subpoena to Mr. Risen seeking information about his source for a chapter of his 2006 book “State of War.” Prosecutors say they need Mr. Risen’s testimony to prove that the source was Jeffrey Sterling, a former Central Intelligence Agency official.

The United States Court of Appeals for the Fourth Circuit, in Richmond, Va., ordered Mr. Risen to comply with the subpoena. Mr. Risen has said he will refuse.

“I will continue to fight,” Mr. Risen said on Monday….

But Attorney General Eric H. Holder Jr. hinted last week that the Justice Department might choose not to ask the trial judge to jail Mr. Risen for contempt should he refuse to testify.

I’m guessing no jail. After all, the book was an exposé of the Bush administration.

“I’m guessing no jail. After all, the book was an exposé of the Bush administration.”

Well, THAT and the whole issue of CONTEMPT. Holder may want to skirt that.

Yeah. There is a “House jail” in the Capitol basement.

The 1st Amendment mentions religious freedom, speech, press and assembly in that order. They are presumed coequal, but in construction can freedom of the press exceed freedom of speech. The press has NO constitutional rights beyond those endowed upon every citizen.

There are no doubt dangers in investigating and prosecuting leaks of classified material. SCOTUS has settled on the protection by prohibiting prior restraint, but not any sort of absolute criminal immunity.

But laws and justice are just words to the Obama Administration.

should read “…but in NO construction …”

The press has NO constitutional rights beyond those endowed upon every citizen.

Actually the press has no constitutional rights at all, since it’s an inanimate object. Nor do guns or books or property. It’s people, ordinary people like you and me, who have the right to own guns, or read books, or own property, or use printing presses. The news-reporting industry has taken to calling itself “the press”, and pretending that the clause in the constitution refers to it, and gives its members a special status; but this is nonsense. Freedom of the press means that all people have the right to print whatever they like; it doesn’t give reporters any special rights that other people don’t have, and it doesn’t give anyone the right to refuse to testify when they are summoned to court, or to conceal material facts that they are asked about in court.

But Attorney General Eric H. Holder Jr. hinted last week that the Justice Department might choose not to ask the trial judge to jail Mr. Risen for contempt should he refuse to testify.

This has such a feeling of irony. Eric Holder, found in contempt of Congress himself, wants Mr. Risen jailed for contempt.

Freedom of the press doesn’t refer to reporters or protecting sources. What freedom of the press is the write to publish your opinions/news. A press was a tool to make exact copies for publishing. Think of it as if the word press was replaced with Xerox, the copy machine. Them the intent of what it meant comes into focus, as in freedom of speech protected your right to literally voice your point of view, freedom of the press meant to actually write it down and publish it.