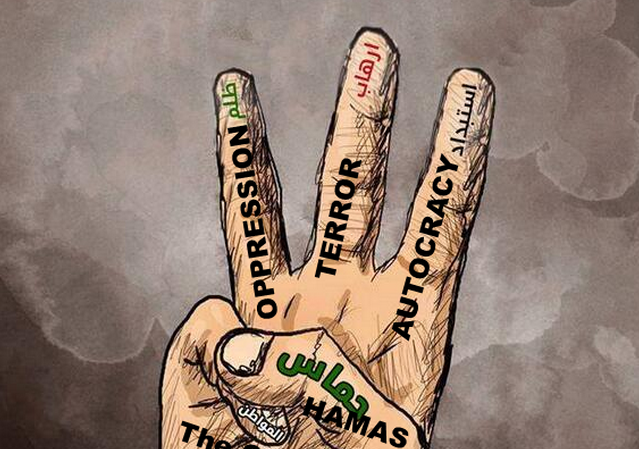 Some Palestinians have celebrated the kidnapping of three Israeli teenagers by holding up three fingers, among other celebratory imagery like three rats hanging from a pole.

In response, an IDF Arabic language spokesman tweeted out his own three finger salute.

Elder of Ziyon blog, an invaluable resource on the Middle East, explains:

The IDF’s Arabic spokesperson, Avichay Adaraee, tweeted this cartoon making fun of the three-fingered salute that Arabs are using to celebrate the kidnapping of the three Jewish teenagers. I translated it.

To add insult to injury, Adraee tweeted Koranic verses with the photo, from Sura 83:

Woe to those who give less [than due], who, when they take a measure from people, take in full, but if they give by measure or by weight to them, they cause loss. 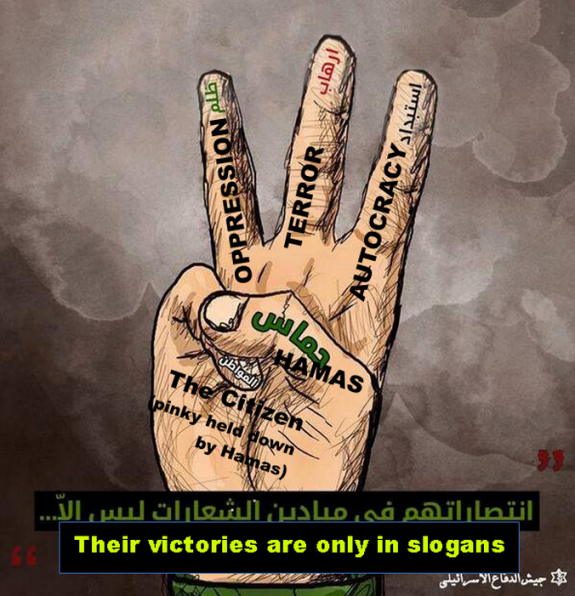 Someone on Twitter sent me an image of a single finger salute for Israelis to use towards those celebrating the kidnapping.

If only the Palestinian leaders and terrorists put all the energy they put into terror into building a civil society.

But, that’s not as sexy.

Of course this three finger salute requires a one finger response with the word FREEDOM written on it.

Never give up, never surrender. -SQ

Ack! Didn’t read about the tweet until after I commented.