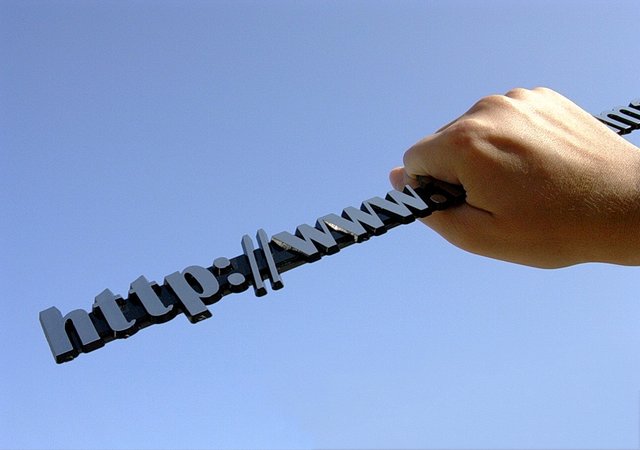 A group of terrorism victims is seeking unsatisfied court judgements. How do they plan to obtain the cash they were awarded? By taking over Iran’s internet.

At the helm are Israeli civil rights attorney, Nitsana Darshan-Leitner and Robert Tolchin of New York. Darshan-Leitner has won over  $1-billion in judgments, frozen more than $600-million in terrorist assets and collected $120 million in payments, according to the National Post. She hopes to replicate her success in her latest effort.

ICANN (Internet Corporation for Assigned Names and Numbers) is an agency of the US Department of Commerce in Washington, DC, which administrator the World Wide Web. ICANN licenses domain names like “.gov” “.ca” and in this case, “.ir”. Countries are then able to allocate the domain names, effectively making “.ir” an asset.

Court papers have been served to ICANN and seek ownership of top-level domain names like .ir TLD, the ایران TLD and all Internet Protocol (IP) addresses being utilized by the Iranian government and its agencies. Darshan-Leitner believes these domains are worth the over $1-billion required to satisfy the outstanding debts owed by the Iranian government to the families participating in the civil suit.

Darshan-Leitner said: “This is the first time that terror victims have moved to seize the domain names, IPs and internet licenses of terrorism sponsoring states like Iran and are attempting to satisfy their court judgments. The Iranians must be shown that there is a steep price to be paid for their sponsorship of terrorism. In business and legal terms it is quite simple – we are owed money, and these assets are currency worth money. ”

Baruch Ben-Haim whose son, Shlomo, was severely injured in a 1995 terrorist bombing of an Israeli bus: “It’s not right that the US government would provide these licenses to Iran while it is refusing to pay off the judgments handed down against it for funding global terrorism. The federal court awards given to our families must be satisfied.”Darshan-Leitner said, “For years the Iranian government has refused to pay its judgments, thumbing its nose at these terror victims and the American court system. Our clients continue to suffer from the suicide bombing that Iran financed in Jerusalem nearly seventeen years ago. It is not our intention to shut down Iran’s internet usage, but we want what is rightfully due. If by seizing any funds earned from these licenses and contractual rights we can satisfy the judgments, we will have served our clients. We remain committed to helping these American families satisfy their judgments.”

In response to unspeakable acts of terrorism committed in the name of an unyielding “god” we have explored many ways of dealing with perpetrators of those man-made disasters. We’ve tried negotiation, appeasement, community policing (no war, though, for the better part of a century).

All approaches have failed. We have, therefore, no choice but to (egregiously misquoting Shakespeare here) “Cry havoc! And let slip the legal profession!”

I wonder if this is the real reason that Obama is in such a toot to give the ICANN responsibilities to the UN or other foreign country.

The same thought occurred to me.

Yes, this explains it, at least to me. He’s trying to protect his mullah masters.

Whatever it takes. Muslims like to wage lawfare to undermine non-Islamic nations, hand it right back to them. If Obama succeeds in handing the internet to the UN, back them to a standstill. There is no method too dirty to wage against the terror masters. Next step is the Saudis.

Yes. Lawfare works both ways. In fact, the very name of the organization (shurat hadin) is a play on one of the many Israeli Code Pinks (yesh din). Many of these Israeli traitorous organizations are supported by European tax money. Could you imagine if Europe was giving money to ACT-UP and Code Pink?

I remember when we would sure the USSR; at one point there was talk of actually seizing a Russian ship in a Canadian port.

so when the US falters you going to support other countries taking over .us domains? I got a few domains under .us I would lose.
this is a bad idea.

Hmmmm. How about trademarks and copyrights? Feasible?

Wow! There’s an idea I hadn’t thought of. What if the idiot Islamofascists decide to play the role of patent troll in order to fatten their treasuries (after all, the protection money they charge the infidels to let them live goes only so far since they lose interest after awhile and kill them for fun) and go after the likes of Google, Amazon, Samsung, Apple, etc.? With courtroom video enabled, we’d all be able to watch the legal system’s equivalent of full-contact body cavity searches and other less-than-pleasant activities designed to bankrupt the trolls. Hmmm…