Can we help this video by the South Dakota College Republicans go VIRAL!!! Yes. We. Can. 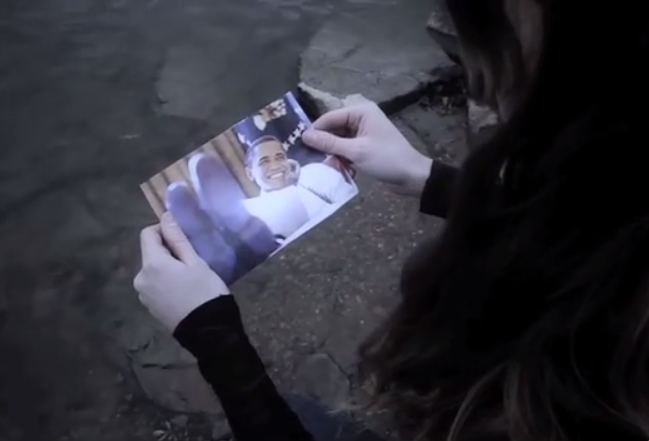 From the South Dakota College Republicans:

That’s our message to President Obama with our new music video, “Say Something, Obama: The Music Video.”

Everyone’s had that awkward breakup. He seemed like a nice guy. He could sweet talk pretty well. He had straight teeth.

And then the millennial generation realized that President Obama wasn’t all we had hoped he would be.

In fact, most young people who cast their presidential vote for Barack Obama had no idea what or who they were voting for. It was a passing image that caught their eye, and suddenly they were in love.

Six years later, millennials are abandoning the president in droves. 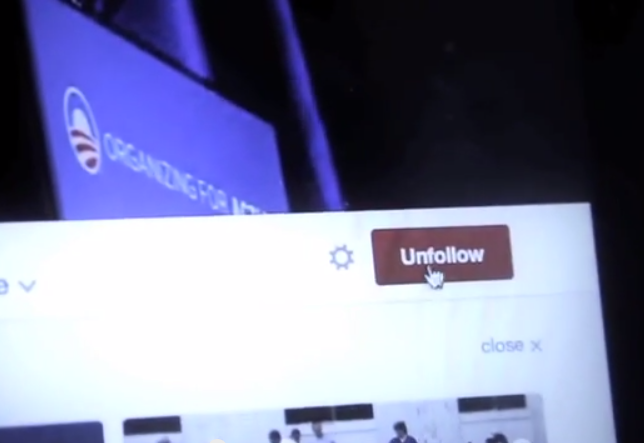 The Harvard Institute of Politics conducted a poll of 18-29 year-olds in April 2014 and found his approval rating among that demographic at 47
percent. If that seems high, consider the fact that he won the youth vote by staggering margins in 2008 and 2012.

Democrats have reason to worry. The same poll found Obama’s approval among Independent millennials at 38 percent, and millennial approval
on his handling of the federal budget deficit and health care stands at 31 percent and 39 percent, respectively.

But it’s not just the silver-tongued president that young people are becoming disillusioned with. Trust in the presidency as an institution is
at an all-time low.

So what are young people to do? Breaking up is only half of the problem. 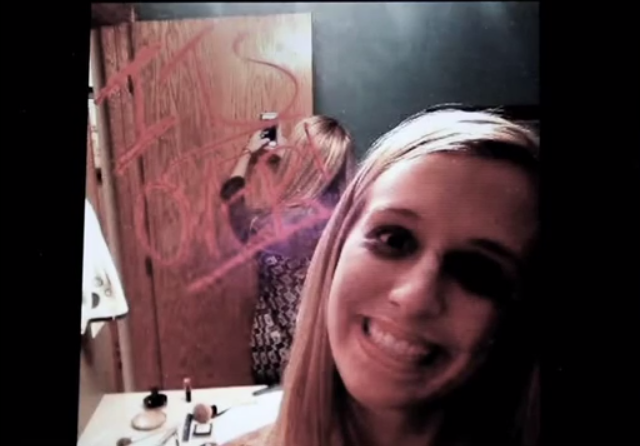 Moving on is another.

Will millennials find a home in the growing tent of the Republican Party?

We hope so. We also hope that GOP candidates have the sense to appeal to these young people with more than glitter and confetti. They must offer real solutions in a world where government is not constantly tapping us on the shoulder.

In a country where health care is becoming more expensive, debt is becoming more insurmountable, and jobs are still scarce (especially for people our age), millennials no longer identify with Obama and his liberal pipe dreams.

We won’t answer the phone. 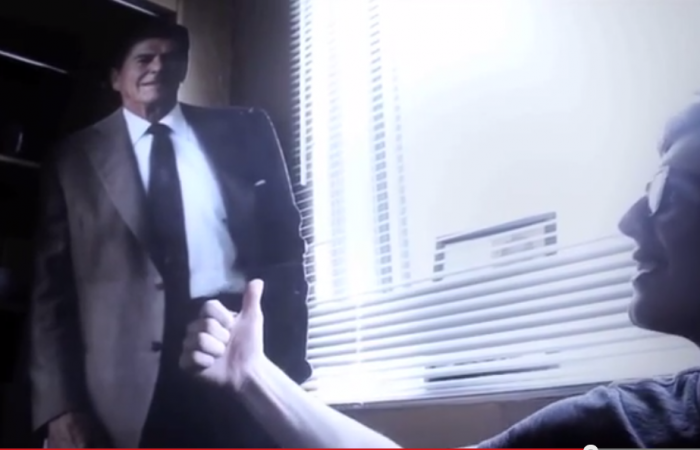 Will millennials find a home in the growing tent of the Republican Party?

Millennials are so lost in hedonism, “too cool for church,” sense of entitlement to an “awesome job” at a video game company, and a hatred of the “repressed” past that if you think you can win them over by appealing to some dormant sense of responsibility that might be sleeping in them, you’re very much deceived.

They’re only mad at Obama because he didn’t deliver. They still want the goodies that he promised to deliver and they’ll vote for the next “cool dude” that offers them.

Here in Seattle, we just got legal pot and all my pot-smoking right-wing friends (I’ve really had enough of them!) yelled, “Hooray! People are waking up to the concept of Liberty!”

No, idiots. They want to get stoned. Here, they vote for every socialistic idea that comes along. They didn’t vote for pot for the same reason you did. It’s not some sign of “enlightenment.”

Agree with this comment, sadly. Too many millenials have been conditioned and do not know what it takes to earn.

Economics is what will draw them, as they face bleak reality, driven by both political sides. Perhaps they will come to believe that opportunity does not lie in application of a progressive doctrine that seeks pure equality at the expense of individual freedom and initiative.

So-called ‘millenials’ are not monolithic, indeed, clumps of people born in the same decade and given some collective name by virtue of a coincidental time of birth seldom are, i.e., the Great Generation, the Beat Generation, Baby Boomers, Generation X, etc.

My youngest daughter is a rising junior at UNC-CH. To my knowl,edge, she neither drinks nor uses drugs, and abhors video games as childish. She has zero wish to work for a gaming corporation. Her circle of 5-6 closest friends appear the same. They are in schools of psychology, dentistry, astrophysics, education, and linguistics. Some of them go to church or temple, some do not. The ones I know personally all volunteer – not as a forced class exercise, but because they choose to and do so independent of the university. They express awareness of the ‘so liberal they’re silly’ faculty and administration at UNC-CH. They didn’t come by this from my coaching.

My point is that the GOP would do well to court these youngsters, but would do better to not treat them as some monolithic group that all think and plan alike, with selfishness at their core. It’s bullshit. There is a strong, wide streak of very good, instinctual conservatives (though they’ll be surprised to learn this of themselves once a few years past their immersion in the liberal swamp that is Chapel Hill).

But do not think for one second you have to cater or pander to these young people. THAT is what they are turning away from. Be who you are, GOP, and live with the consequences, but know this – a conservative message can and will work.

As a “Millennial”, I know from first hand experience there are plenty of younger Americans who do no ascribe to the “generational norms”. Most “Millennials” just want to find good jobs, earn good paychecks, and live their own lives.

Thank you for speaking out on that. It has always been a peeve of mine that people blindly ascribe characteristics to broads swathes of people, typically negative characteristics. It just isn’t true of all, and I’m pretty sure it’s not even true of the majority of ‘millenials’.

Good, no matter the caveats. Now, when do “blacks” and Jews wake up? They, too, have been gibbled by these so-called liberals who are disbanding the United States of America.

The best outcome would be for these disaffected young people who get their news from “The Daily Show” to go back to apathy.

And that goes for the rest of you who only vote because you feel you are supposed to, who don’t follow the news or political issues and don’t care so much about that sort of thing. That’s why we have TV, watch it.

We have spent the better part of 25 years making it too easy to vote with postcard registration and mail voting, absentee ballots didn’t used to be automatically issued. Then, we hector these poor dummies to get out and vote like it is some civic duty.

It is NOT a duty.

BUT if you choose to exercise your privilege, you do assume some duty to be better informed. If you don’t care for 46 months, don’t jump in and vote for President.

And who will that be? Hillary? Fauxcahontas? Some new faddish buffoon who hasn’t appeared yet?

I think we can be pretty sure that abandonment of the Obama cargo cult doesn’t imply that his minions will suddenly become sensible conservatives. Only age, and accumulated experience and knowledge, will do that.

You are right when you state that they will just look for another Pied Piper. And we all better understand that the political consultants and other Machiavellian types are now analyzing 0bama’s failures and missteps and will help Warren, Clinton and others avoid his mistakes.

I look for Fauxahontas to be the next Free Bread & Circuses Candidate. That’s who she is, even more than 0bama.

Meanwhile, the GOP struggles to be the party of Amnesty in exchange for the support of the U.S. Chamber of Commerce and the rest of the one-world, big government Republicans. So, how far is the GOP from becoming the other party of Free Bread & Circuses?

In the 1930’s, Germany went after a Pied Piper playing a noxious song. That song is being played on university campuses all across America, and we discovered recently that it is being played in Chicago’s schools cuz kids were singing it as part of a “game”.

The Pied Piper is waiting in the wings because the conditions have been deliberately manipulated and created by a man who lived through the experience of the German Piper with the help of the empty suit in the WH.

The presumption that those who find Obama unsatisfactory will gravitate to the Republicans is, well, presumptuous. But very GOPe.

sp much of this crap (including millenial stuff) could be fixed at college level by disbanding all groups and student government crap.
college should be classes only.
pass or fail on your own merits.

Wouldn’t a millennial be upset at the littering in this video? I loved the person eating the ice cream. Why did it take the millennials so long to figure out that Obama is not a good leader? If Obama is talking I’m assuming he is lying.

Look, they were a bunch of idealistic twits and they got what they voter for, an un-veted, done nothing narcissist from whom they expected unrealistic things. Reality is a brutal teacher. Until the GOP stands for something other than caving to the dems, then flocking to the next knight in shinning armor, won’t be the correct answer.

Worry not for the Democrats vis a vis the “Millenials” for Obama has set the stage for the comings of either Hillary or ‘Fauxcahontas’ when he argued that neither of the recreational drugs ‘Choom’ nor coke were bad for you, but raher quite good. Democrats like their voters “Numb and dumb”. Its easier to convince their constituencies to cast their ballots for them, that way.

Back in the Sixties, it only took one encounter with ‘the man’ that turned out badly for me to realize that I had to stand up for myself. And ‘the man’ looked and talked just like I wanted him to do. But he didn’t behave that way, and I assumed the next ‘man’ wouldn’t be any different.

Is that wisdom? Dunno but it worked until real wisdom showed up.